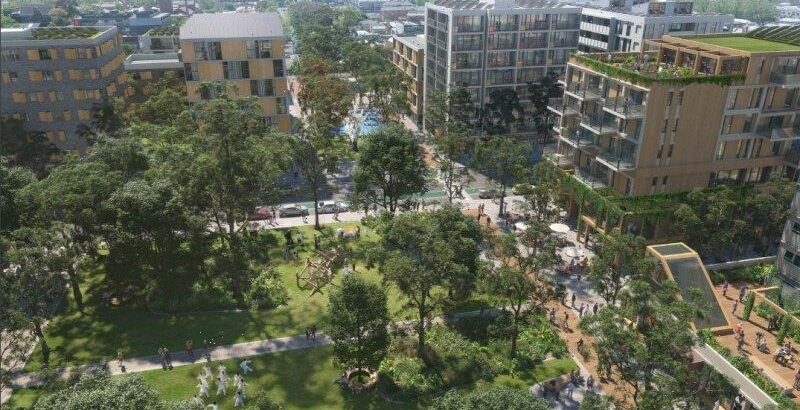 The public housing estate in North Richmond will be redeveloped to squeeze another 800 homes on the site, potentially doubling the population in one of Melbourne’s most densely populated estates.

Leaked briefing notes seen by The Age show the Andrews government plans to add the social and affordable homes while improving services and safety at the site, which surrounds Victoria’s first safe injecting room, as part of its $5.3 billion Big Housing Build. 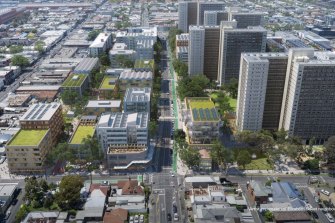 An artist’s impression, looking east from Lennox Street, of the redeveloped site.Credit:Homes Victoria

There are already 2000 residents living on the North Richmond estate, and the addition of 800 homes — expected to be mostly one and two bedroom units — could almost double the population.

A draft master plan developed by Homes Victoria said the redeveloped estate would include 23,000 square metres of community, commercial and local services, such as a library, and two hectares of open space. Lighting would be improved after residents in consultations described feeling unsafe.

“The impact of more buildings can be offset by creating quality outdoor spaces for people to gather, exercise and rest,” the draft plan states. 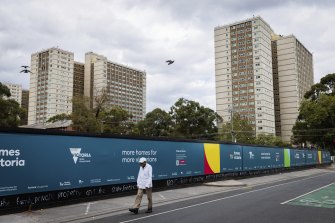 About 2000 people live in the dense public housing estate on Lennox Street in North Richmond.Credit:Paul Jeffers

The plan said the existing estate felt separated from its neighbourhood, was not meeting the needs of residents, and had inactive and unused open spaces that encouraged antisocial behaviour.

The master plan, to guide housing development at the site over the next decade, could spark a showdown with housing residents, neighbours and the Yarra City Council.

Labor is pushing ahead with plans to build 152 social and affordable homes on the nearby Collingwood estate, and some public housing residents fear they will lose parks and community spaces as a result.

Councillors in the City of Yarra, mostly Greens members, have argued the government should be building public housing on government land, rather than privately managed community housing and affordable homes, which the government would not directly manage. Rent in affordable housing costs up to 80 per cent of market rates.

“[The government plans have] thrown some good things in there, but the central point is, why does this have to be plonked on public housing and why does it have to be social housing?” Cr Jolly said.

There were 54,587 households on the waiting list for housing at the end of last year.

The well-connected site neighbours the North Richmond Community Health centre and a primary school, and it is a short walk from trams and train services just outside the city.

Julijana Todorovic, president of Labor for Housing, said it would be “galling” for councillors to oppose more social and affordable housing in the increasingly affluent neighbourhood. 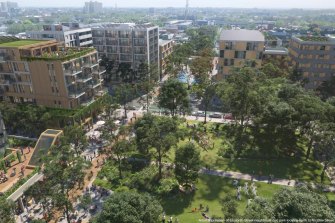 The development is part of the Andrews government’s Big Housing Build, to construct 12,000 social and affordable homes by the end of 2025. The program fast-tracks the planning process to bypass the council permit process and waive the community’s right to formally object.

A Yarra spokeswoman said the council looked forward to a detailed briefing from the Victorian government about what was proposed.

A spokeswoman for the Department of Families, Fairness and Housing said the proposals in the draft master plan were in the early concept phase and had not yet been confirmed.

“Homes Victoria will inform residents and conduct extensive engagement and consultation throughout the entire master planning process at North Richmond.”

Homes Victoria is conducting site investigation works on Elizabeth Street in North Richmond, including drilling and soil testing.
The Morning Edition newsletter is our guide to the day’s most important and interesting stories, analysis and insights. Sign up here.