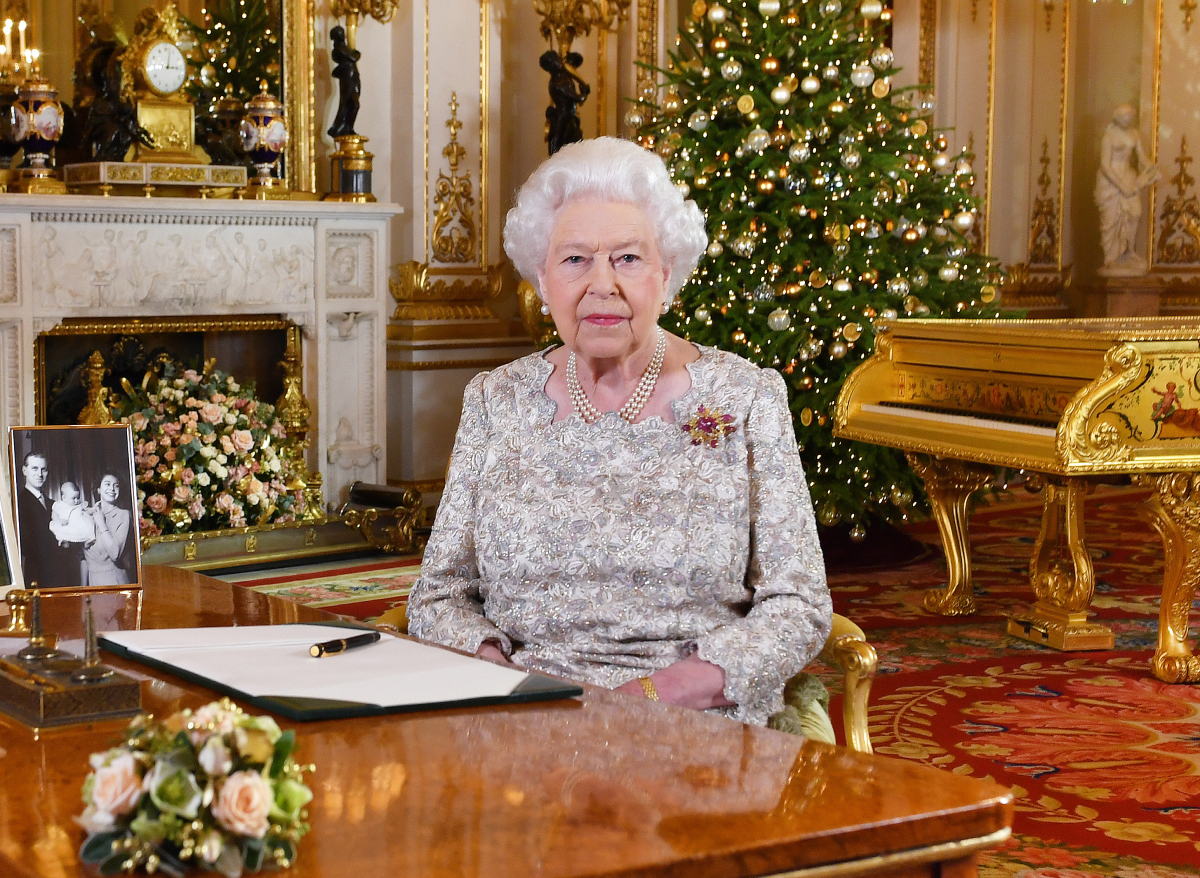 As USA Today notes, royal Christmas tradition dictates that the family heads to Norfolk, about 100 miles northeast of London, to celebrate the holidays at the Queen’s sprawling Sandringham estate. Each year, Queen Elizabeth and Prince Philip are joined by their children, grandchildren, and great-grandchildren for Christmas and New Year’s.

Their decades-old customs include exchanging gifts on Christmas Eve, a walk to church services on Christmas morning, and a special holiday lunch followed by Queen Elizabeth’s annual Christmas speech.

Each year, hundreds of people gather near St. Mary Magdalene, a historic little church at Sandringham. They gather to get a glimpse of the royal family as they walk the path from the home to the church for holiday services. But, that won’t happen in 2020.

“Having considered all the appropriate advice, The Queen and The Duke of Edinburgh have decided that this year they will spend Christmas quietly in Windsor,” Buckingham Palace said in a statement.

Other senior royals will spend Christmas at their own estates

Instead of a big holiday celebration with family, the 94-year-old queen and her 99-year-old husband will spend Christmas in the bubble that royal staff has set up to protect Her Majesty from exposure to COVID-19.

Queen Elizabeth and Prince Philip may get the chance to briefly visit with family members in accordance with government guidelines. However, Prince Charles and his wife, Camilla, Duchess of Cornwall, and his elder son, Prince William and his wife, Kate, Duchess of Cambridge, and their three children, are expected to spend Christmas at their own estates.

It’s not yet known if the Cambridges will spend the holiday at Kensington Palace or at their country retreat, Anmer Hall. There’s also the possibility that they could spend Christmas with the Middletons in Berkshire.

Charles and Camilla are expected to stay at his estate, Highgrove House, in Gloucestershire. It is also expected that they will spend some time with her family.

The last time that Queen Elizabeth and Prince Philip celebrated Christmas without any of their children was in 1949 when they went to Malta and left 1-year-old Charles at home.

According to Town & Country, there are quite a few royal family Christmas traditions that won’t happen in 2020. In the week leading up to Christmas, the queen hosts a Christmas luncheon at Buckingham Palace. But, not this year.

Other members of the royal family who serve as patrons for various charities host Christmas parties throughout the season. There’s also a holiday black-tie dinner that takes place on Christmas Eve. At that event, they serve the queen’s favorite cocktail, the Zaza.

On Christmas Day, the family gathers for a game of charades after lunch. Then, they listen to Queen Elizabeth’s annual Christmas speech together in the afternoon.

The decision to change the royal family’s holiday plans comes as the UK government put new pandemic guidelines in place. Some areas of the country are under extremely strict rules about mixing with friends and family.

In Windsor, the “rule of six” applies, which states that up to six people from different households are allowed to meet outdoors. Queen Elizabeth could still meet with family members for a walk or horse ride during the holiday season.