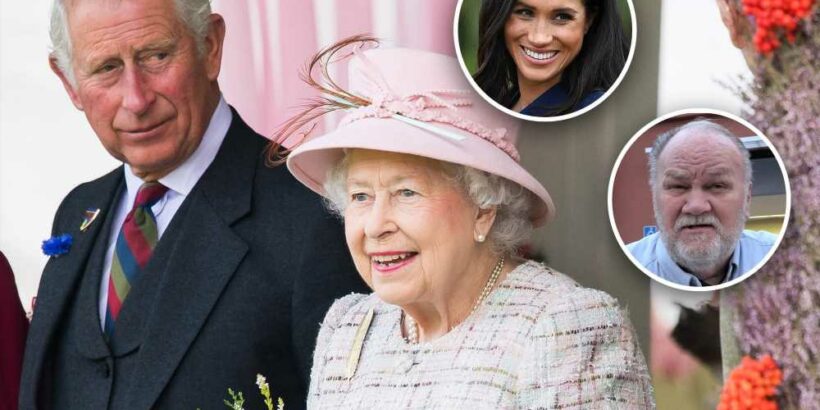 The Queen and Prince Charles urged Meghan Markle to fly to the US to mend an increasingly messy dispute with her father, says a bombshell new book that also describes the build-up to Megxit.

“Revenge: Meghan, Harry And The War Between The Windsors,” by British journalist Tom Bower, relates how Charles and the Queen held a conference call weeks after Harry and Meghan’s May 2018 nuptials, to try to mend the embarrassing dispute with Thomas Markle — although Meghan refused to comply.

Thomas Markle, now 77, had said he did not attend the wedding because he was embarrassed about staging paparazzi photos, according to Bower. The retired Hollywood lighting director had also criticized the royal family in several interviews, claiming he had no way of contacting his daughter and fearing he would die without speaking to her again.

Her father’s claims contradicted Meghan’s explanation that he was too ill to fly to the wedding, Bower writes. By July 2018, Charles had grown increasingly irritated with Meghan. “He had never really understood her or what she wanted,” writes Bower. 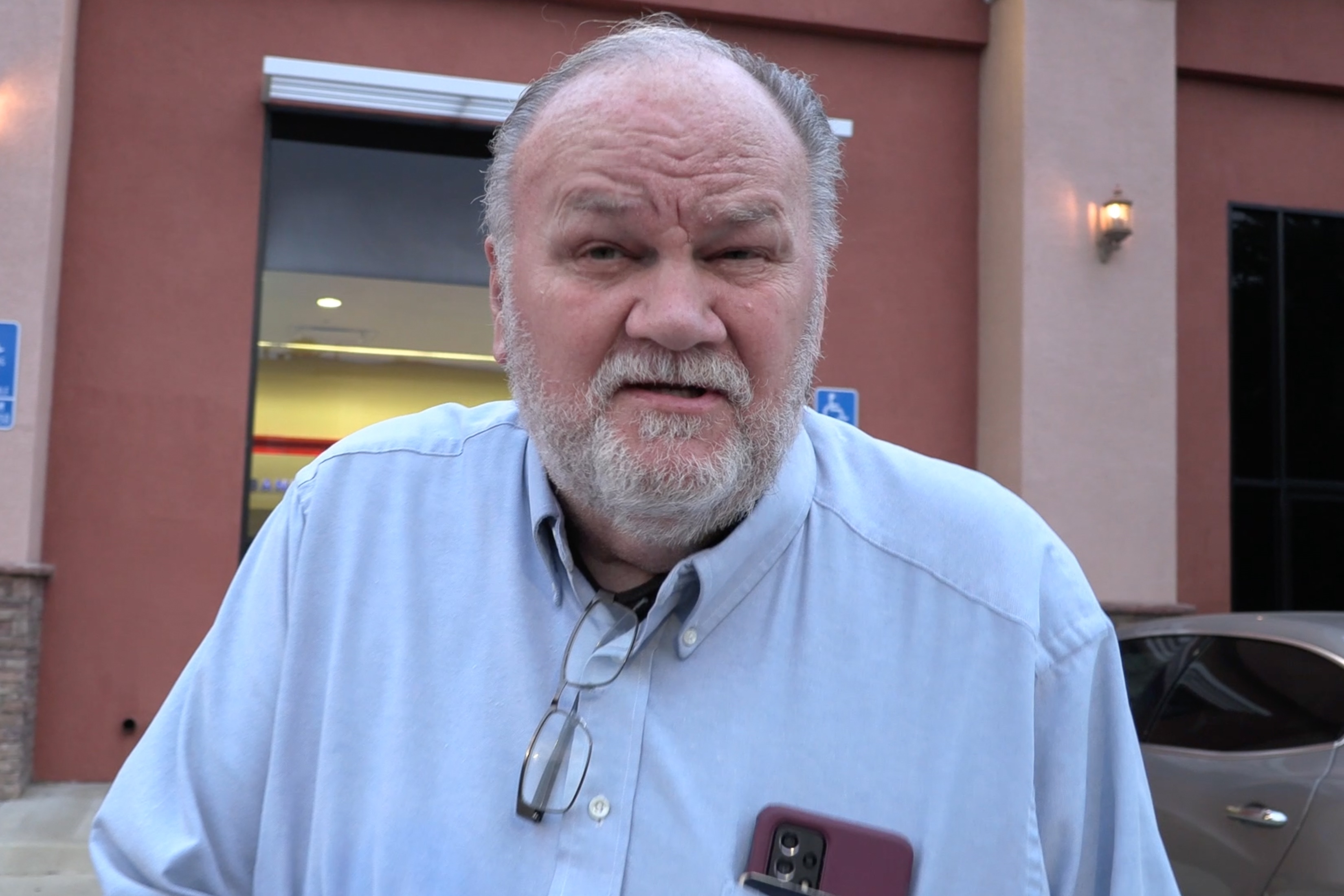 “‘Can’t she just go and see him and make this stop?’” Charles said to Harry, according to Bower.

During the conference call with Meghan, Harry, Charles and the Queen, Meghan said It was “completely unrealistic” to think that she could fly to Mexico, where her father was living, “and somehow hope to speak privately to my father without causing a frenzy of media attention and intrusion that could bring more embarrassment to the royal family.”

Within two weeks of the call, Meghan and Harry announced on Instagram they were stepping back from their duties as senior royals. 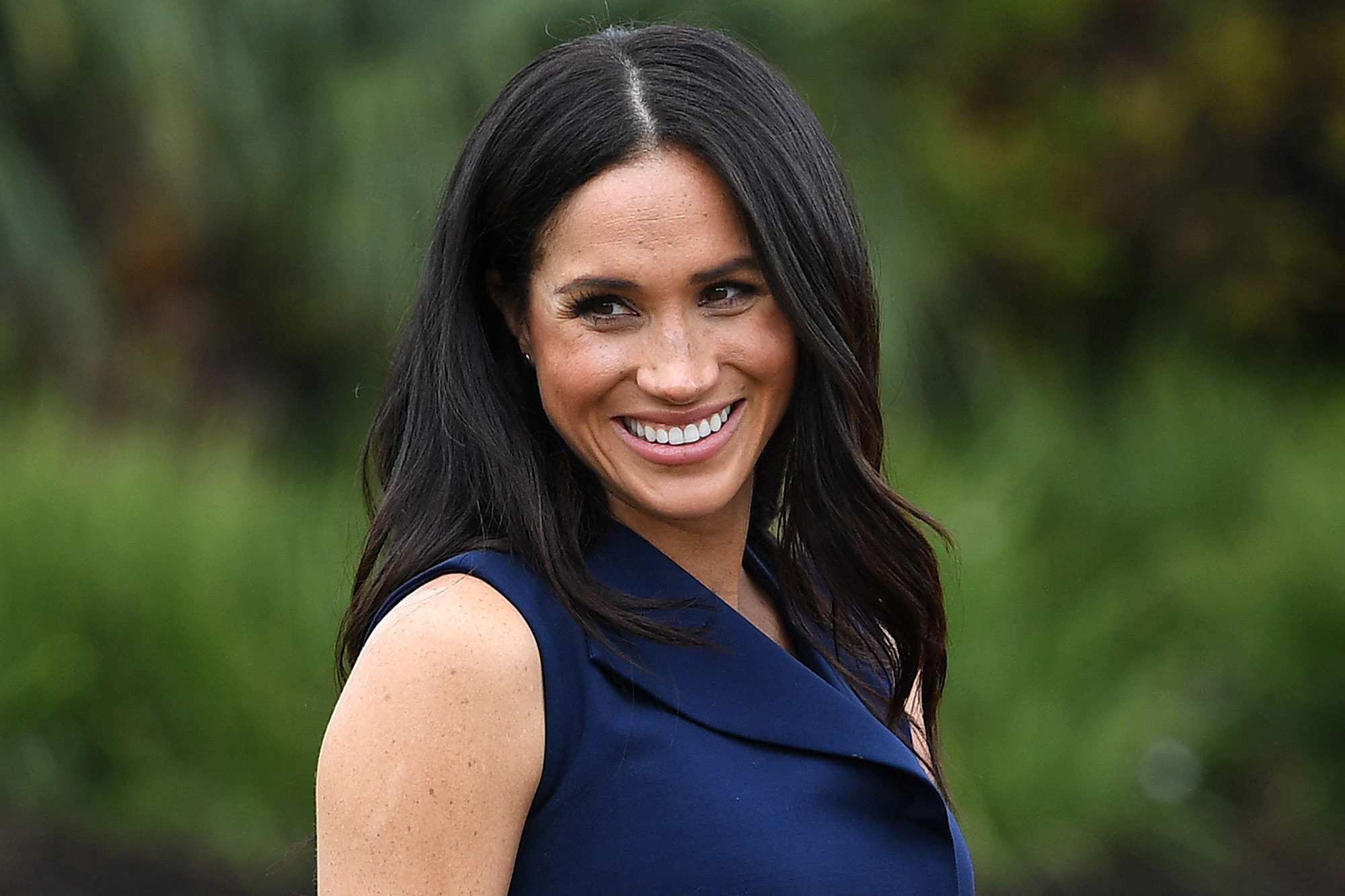 “Meghan was angry that Palace officials refused to protect her image,” he writes. “She refused to accept that staff were not employed to promote her as an individual, but instead placed her within the grid of the entire royal family. In particular, Meghan fumed about the refusal officially to criticize Thomas Markle. From her perspective, Meghan was isolated, vulnerable and stifled by conventions.”

The plan to completely leave their royal roles was being hatched after the release of the September 2019 issue of British Vogue, which Meghan guest-edited. The cover, which featured 15 women who “reshape society,” did not include the Queen, and fell like a bombshell on the royal household, Bower writes. 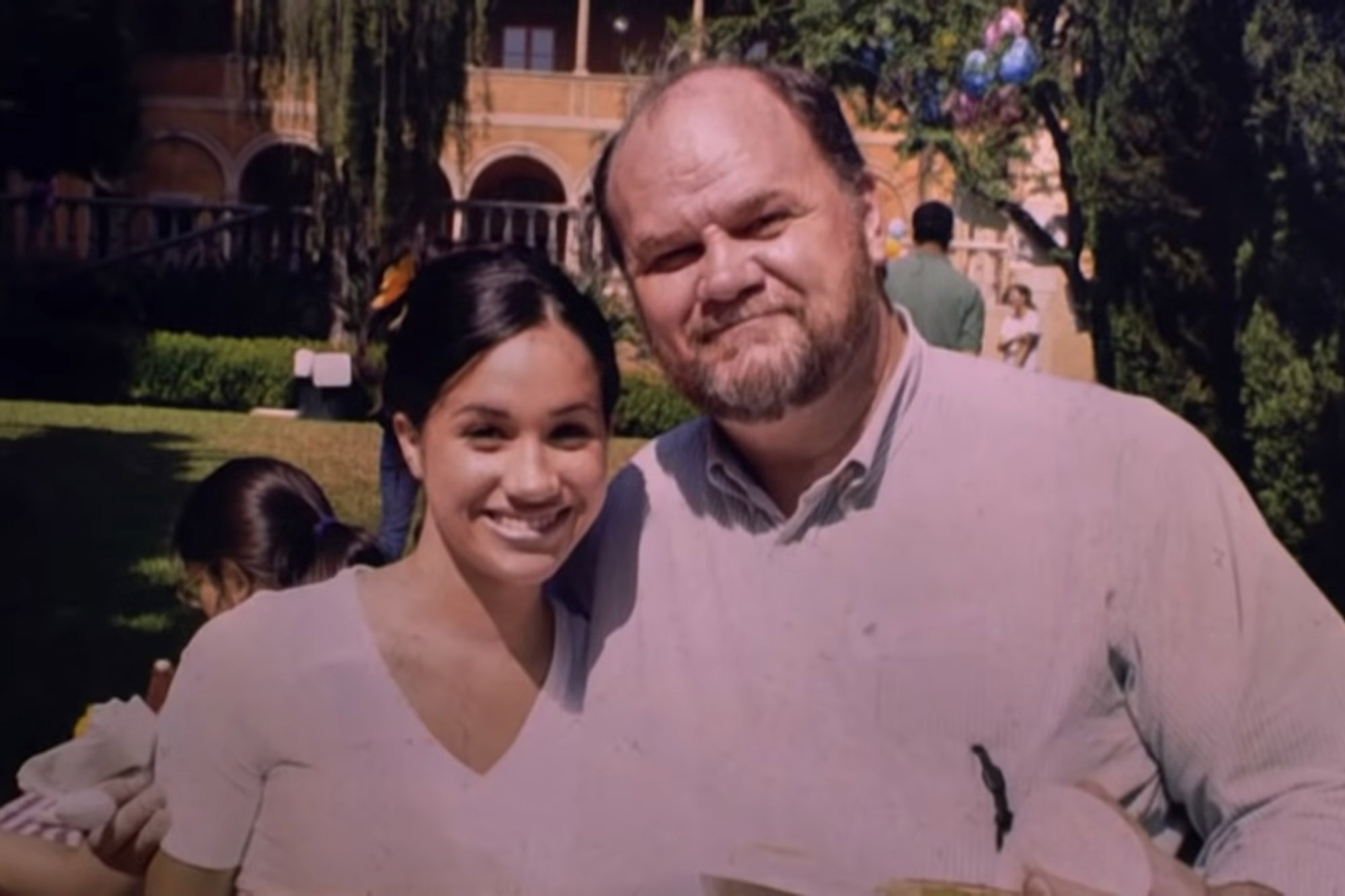 “Meghan’s ‘virtue-signalling Vogue’ was called ‘an epic misjudgment,’” he writes.

In November of that year, Meghan received a visit from Hillary Clinton at Frogmore Cottage and “unloaded her anxiety” to the former Secretary of State. Two weeks later, Markle and Harry announced they would not spend Christmas with the Queen at Sandringham, and traveled to a mansion in Vancouver with their baby, Archie, who had been born in May.

Meghan was in constant communication with her lawyer and public relations managers, and negotiating million dollar deals with Netflix and Spotify, according to Bower. She had also applied for trademarks for a host of items, including pens and “emotional support services,” Bower writes.

“Meghan consulted her Los Angeles team about the best terms for their departure from Britain,” Bower writes. “The encouragement from her Los Angeles advisers was intoxicating. The Sussex brand, Meghan was assured, offered the same global opportunities as those reaped by the Obamas.”

In January 2020, the couple embarked on Megxit, and decided to leave the royal family for good, Bower writes.