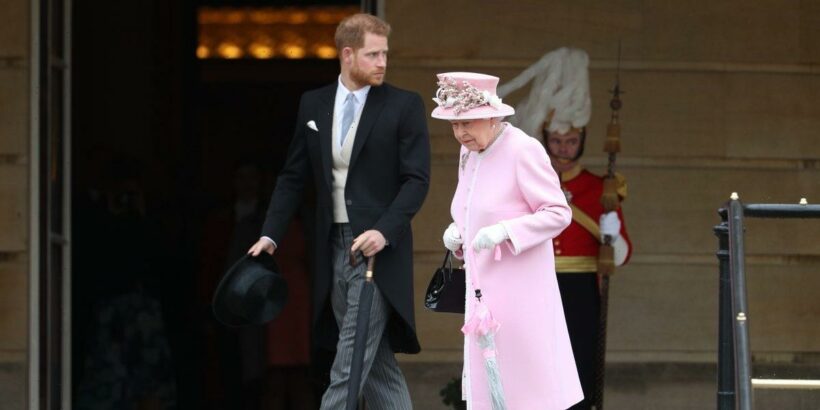 Prince Harry and Meghan Markle are living very different Iives than they were just a few years ago. The pair stepped down as senior royals in 2020 and have since moved to California. As a result, the Sussexes lost their royal patronages and forged new careers paths outside The Firm. A royal expert has now said that two of the Duke of Sussex’s most cherished patronages that Queen Elizabeth II has taken away means that things with Harry and his family have “passed the point of no return.”

Here’s more on that and which royal is going to take over those patronages.

In addition to losing his military titles of Honorary Air Commandant at RAF Honington, Captain-General of the Marines and Commodore-in-Chief of Small Ships and Diving, Queen Elizabeth has also stripped her grandson of two of his other patronages: The Rugby Football Union (RFU) and Rugby Football League (RFL).

Several reports have claimed that Harry’s sister-in-law, Kate Middleton, is going to take over the rugby patronages.

According to royal expert Phil Dampier: “The handing over of the rugby patronage brings home that Kate is very much stepping up her royal duties and taking on more and more patronages and getting a higher profile. It also highlights the reality of Prince Harry being replaced in some of the things he enjoyed, but it’s sad in that it’s taking away the things he brought to the table.”

Dampier also believes that losing those patronages is a major “blow” to the duke and really shows that things have now “passed the point of no return.”

“It’s a psychological blow as it emphasizes the split and it’s very much final,” Dampier told The Sun (per Express). “The queen had left the door open but it’s past the point of no return — I can’t see Harry coming him back to the U.K., and so yes it’s another blow and another example of what he has given up for his new life, and what it’s cost him. I think Harry will be upset and will be miss being England’s rugby patron. He’s a big fan, and I’m sure that when the dust is settled and he’s been out there for a couple of years — even though he’s got projects he’s working on — in time he will start to miss these things and miss his mates.”

The royal expert added: “But [Harry] can’t really complain because he decided to quit the U.K.–he can’t pick and choose the things he can do — he has made his bed and has to lie in it.”

The Duke of Sussex’s relationship with his grandmother post-Megxit

Despite what those outside The Firm have said about Harry and his family, no one really knows for sure what their relationship is like post-Megxit. What we do know is that the duke has made public comments that haven’t put his family in the best light. He also confessed during his interview with Oprah Winfrey that his relationship with his father, Prince Charles, and brother, Prince William, isn’t great now.

Harry also had some explosive remarks during Dax Shepard’s Armchair Expert and seemed to throw his grandmother and his late grandfather, Prince Philip, under the bus when speaking about how he was raised.

Queen Elizabeth obviously couldn’t have been happy with what Harry said or continues to say about the royals. But in what was perhaps a positive sign, the monarch was seen driving to Frogmore Cottage to visit with her grandson when he was in the U.K. in July for the unveiling of Princess Diana’s statue.