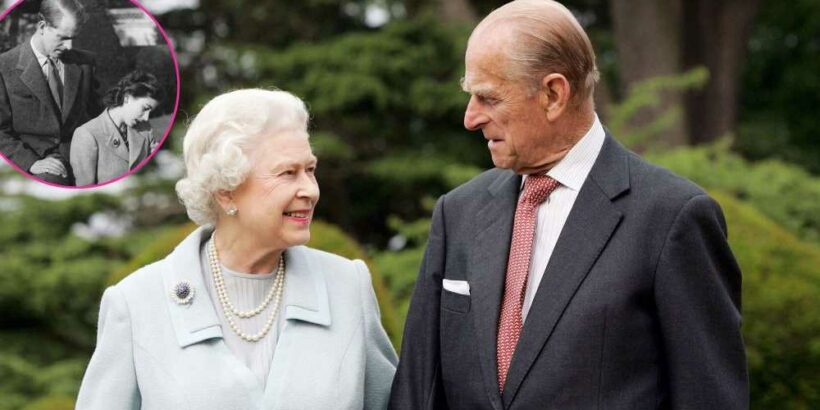 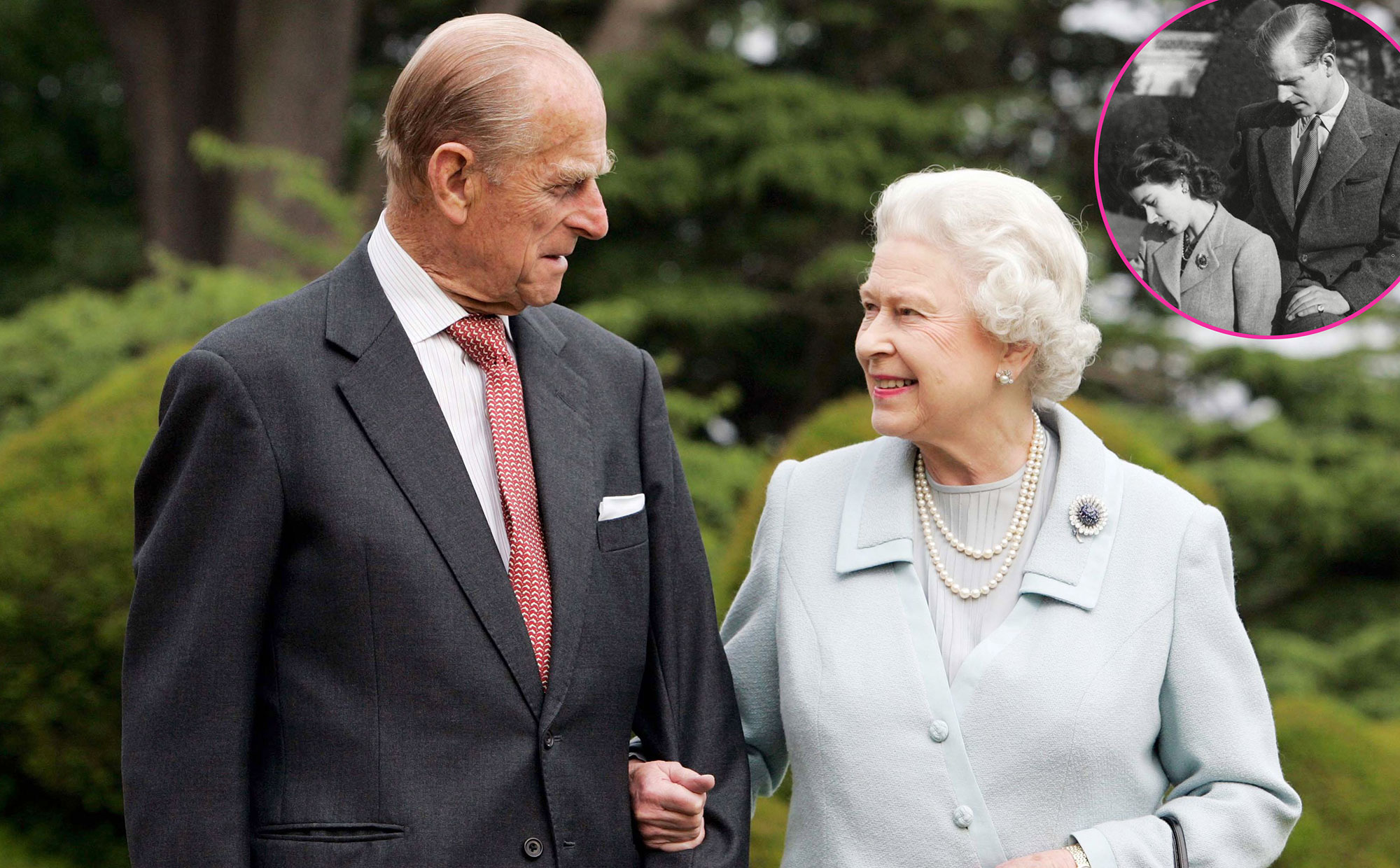 Gone but never forgotten. In a teaser for Queen Elizabeth II’s annual Christmas speech, released on December 23, the queen’s brooch honors her late husband, Prince Philip, who passed away in April at 99.

In the first look of the highly anticipated speech, Her Majesty sits at her desk in the White Drawing Room at Windsor Castle. She wears a festive red top accessorized with her signature pearls and sapphire chrysanthemum brooch — a jewelry item packed with history and emotion. 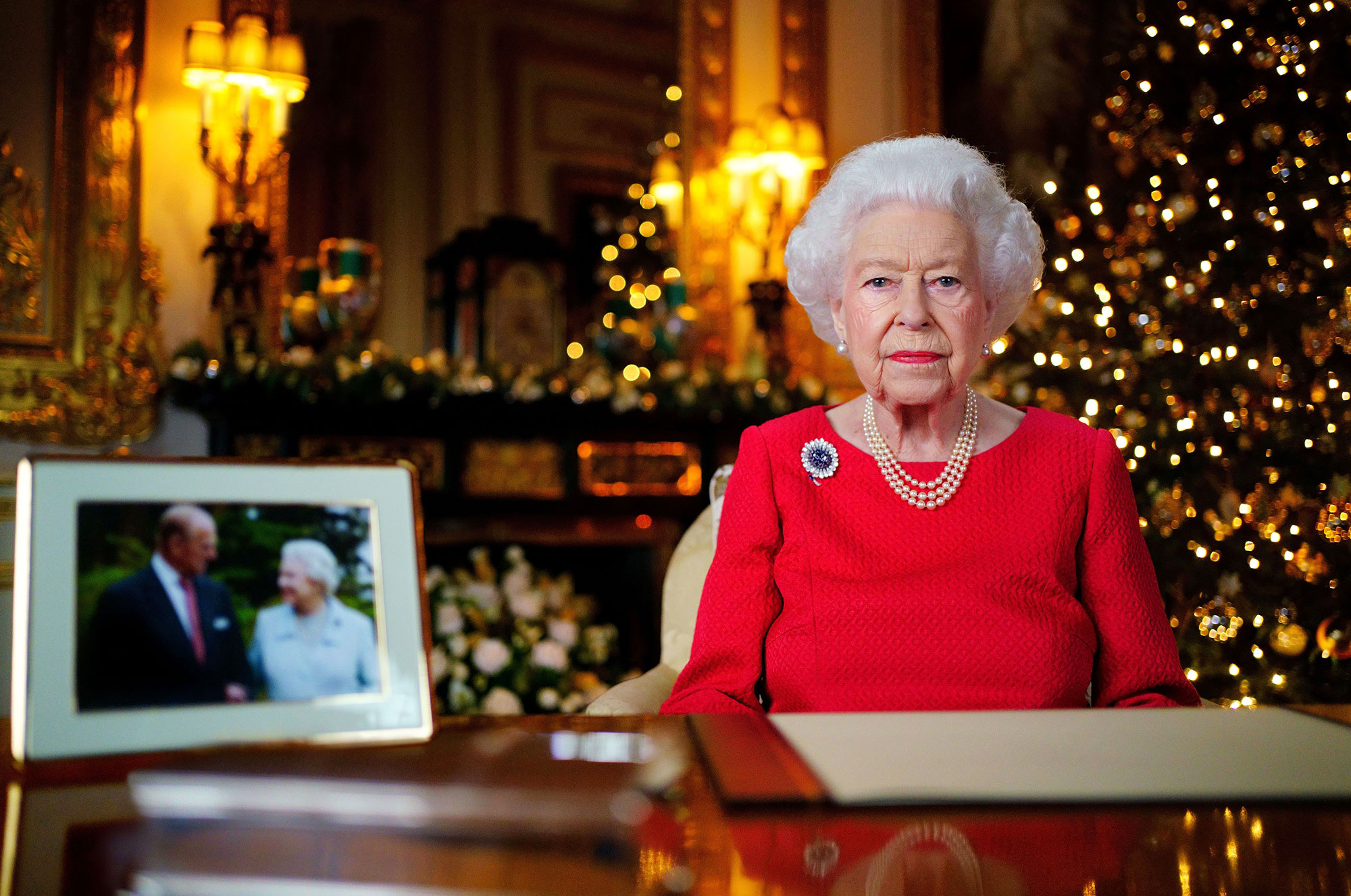 According to multiple sources, then-Princess Elizabeth was given the decadent design as a gift in 1946 after launching the British Princess oil tanker. Now, 75 years later, it remains a cherished part of her vast collection of brooches.

Queen Elizabeth has worn the brooch on several life milestones, especially those with the Duke of Edinburgh. One of the first recorded images of her wearing it was during their honeymoon in Broadlands, Hampshire, in 1947. 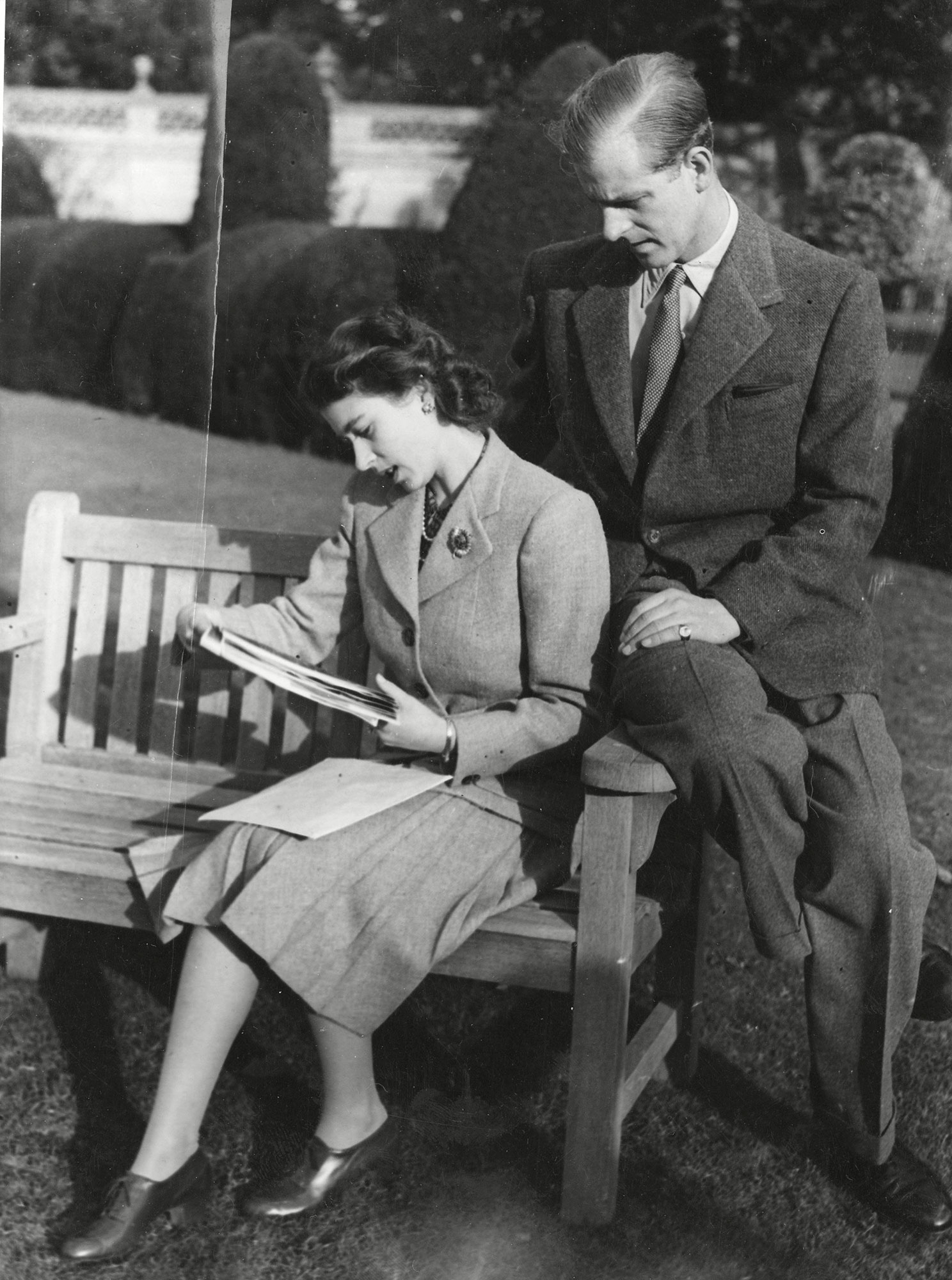 Another was for a family portrait in 1951, starring Prince Phillip, Queen Elizabeth II, Prince Charles and Princess Anne, who was just an infant at the time. Elizabeth flashed a big smile for the photograph and Phillip soft-smiled. 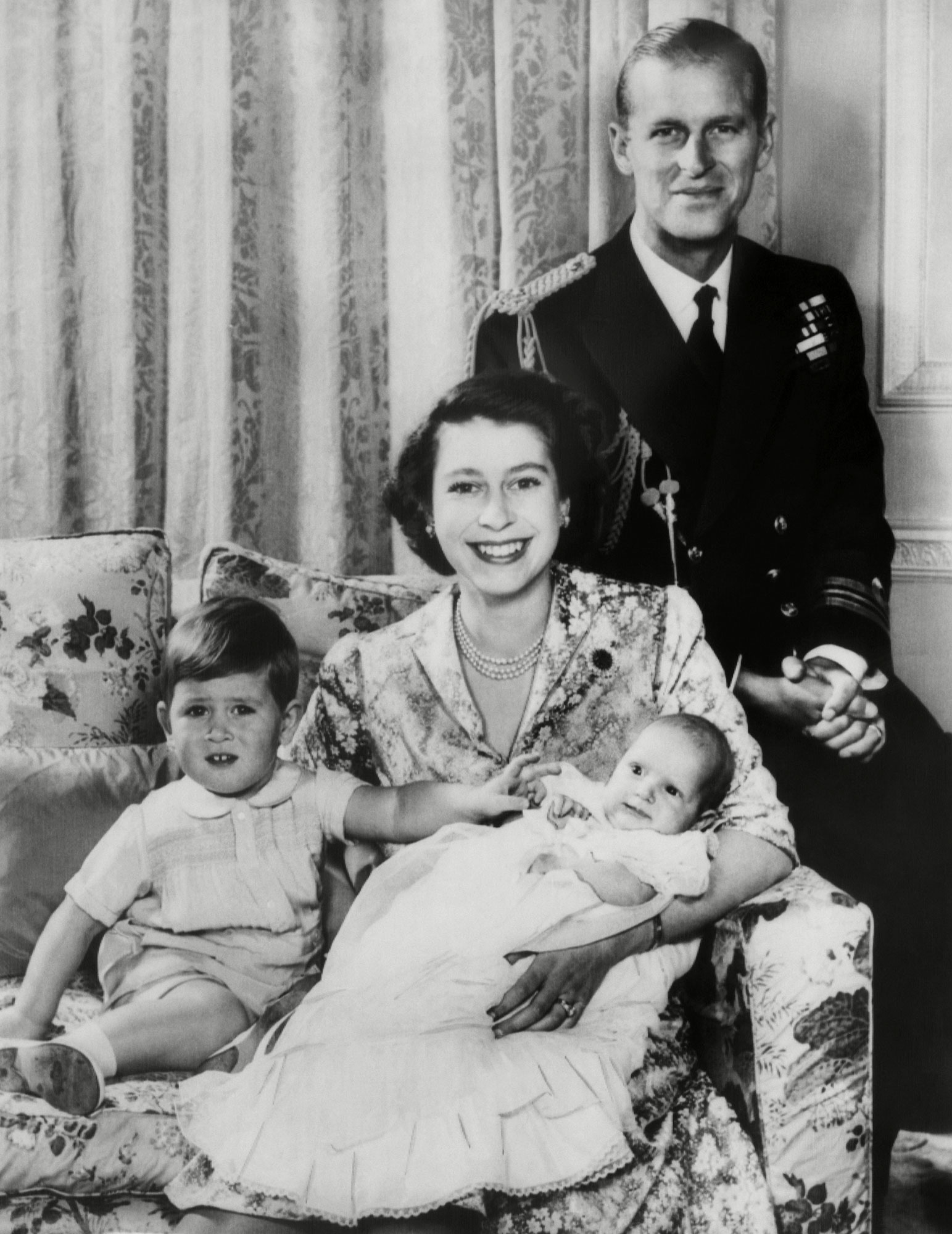 She wore it again in November 2017 to celebrate their 70th wedding anniversary. This below is the same photo that Queen Elizabeth II has on her desk in the White Drawing Room. 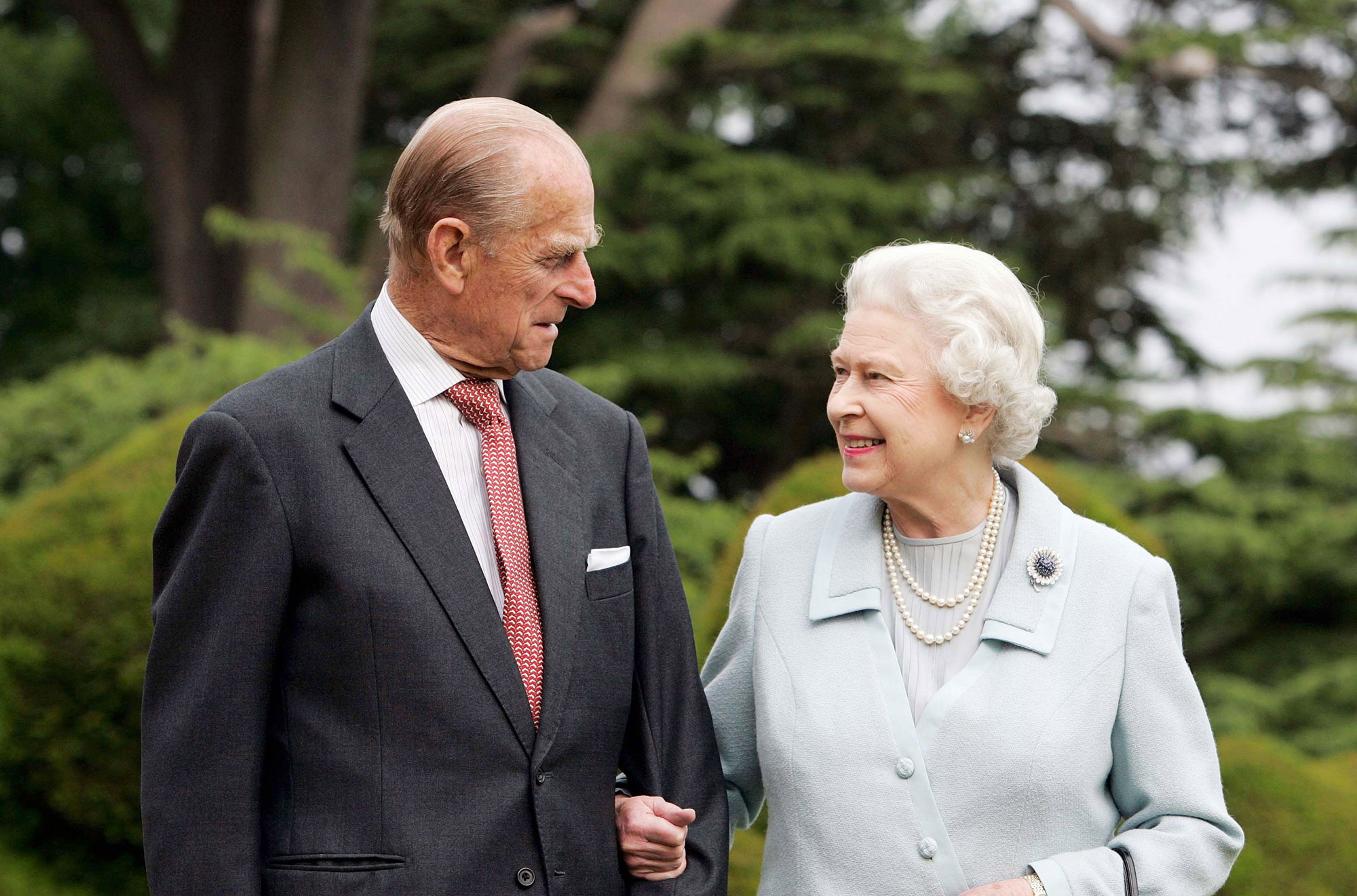 The queen will deliver her Christmas address tomorrow. Those who aren’t based in the U.K. can stream it on the Royal Family’s YouTube page.

This next speech will mark her 69th time addressing the nation on Christmas Day, the first of which took place on December 25th, 1957.

See Kate Middleton’s Most Stunning Fashion Moments of All Time

2021 marks the second year in a row that she will stay at Windsor Castle to stay safe amid the coronavirus pandemic. “Having considered all the appropriate advice, The Queen and The Duke of Edinburgh have decided that this year they will spend Christmas quietly in Windsor,” a Buckingham Palace spokesperson confirmed in December 2020.