The Queen looked in very high spirits today as she was accompanied by the Duchess of Cornwall to see the work of a dog charity.

The beaming monarch, 92, attended the 10th anniversary celebrations of the Medical Detection Dogs charity at the Royal Mews in London.

She opted for an elegant cornflower blue jacket for the occasion, along with a white floral dress underneath.

Her Majesty accessorised her outfit with her signature Launer handbag, and a pair of black pumps. 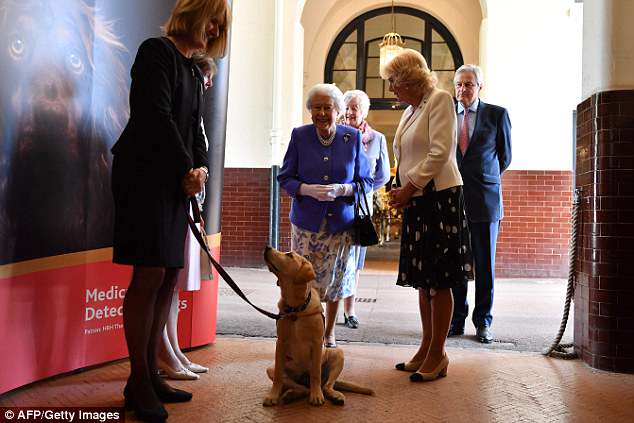 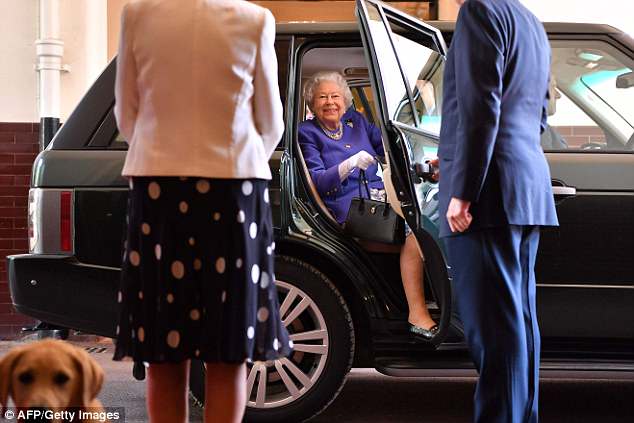 Camilla, 70, meanwhile looked chic in a white tailored jacket for the visit, which she paired with a blue polka dot dress.

During the visit, the Queen and Camilla watched a demonstration by the charity’s bio-detection dogs to showcase their ability to detect the odour of human disease.

The Medical Detection Dogs was founded in 2008, and is involved in research into the ability of dogs to detect cancer.

Camilla is a patron of Medical Detection Dogs, and hosted a reception for the charity in 2014. 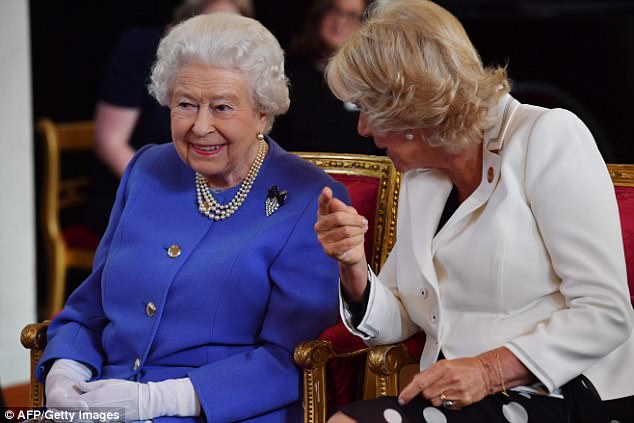 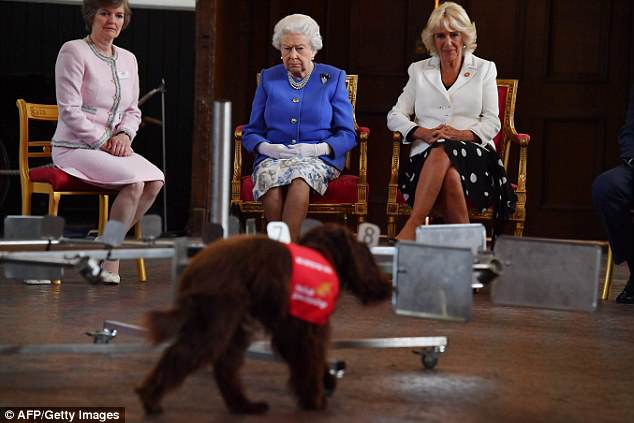 She has also previously visited their headquarters in Milton Keynes and last December she participated in the ICAP charity day in support of the dog charity.

The Queen is known for her love of dogs, and was said to have been left heartbroken following the death of her last Corgi in April.

Willow, who was almost 15, was put to sleep at Windsor Castle after suffering with a  cancer-related illness. 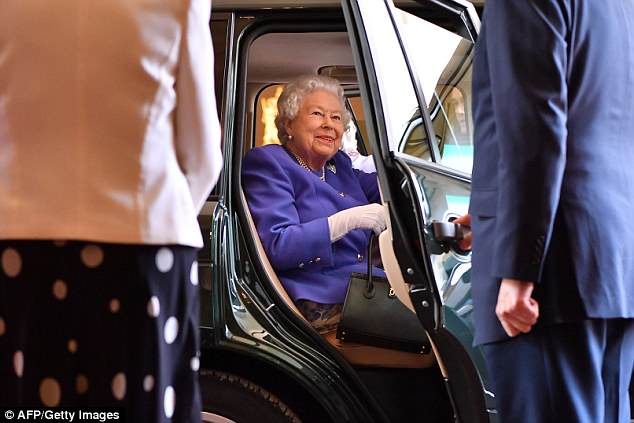 The Queen, who is known to be a dog lover, looked to be in a cheerful mood as she arrived 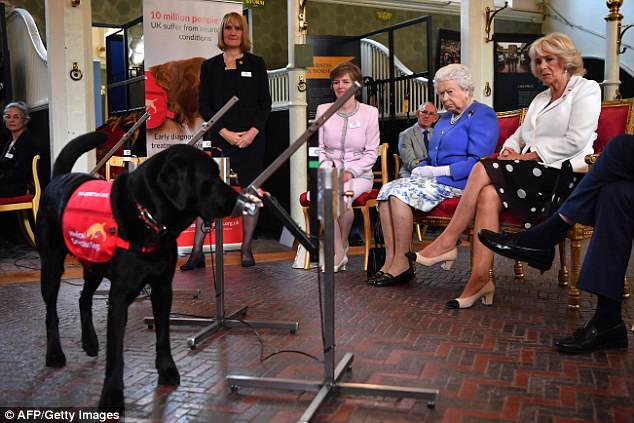 The event marked the 10th birthday of The Medical Detection Dogs, which is involved in research into the ability of dogs to detect cancer 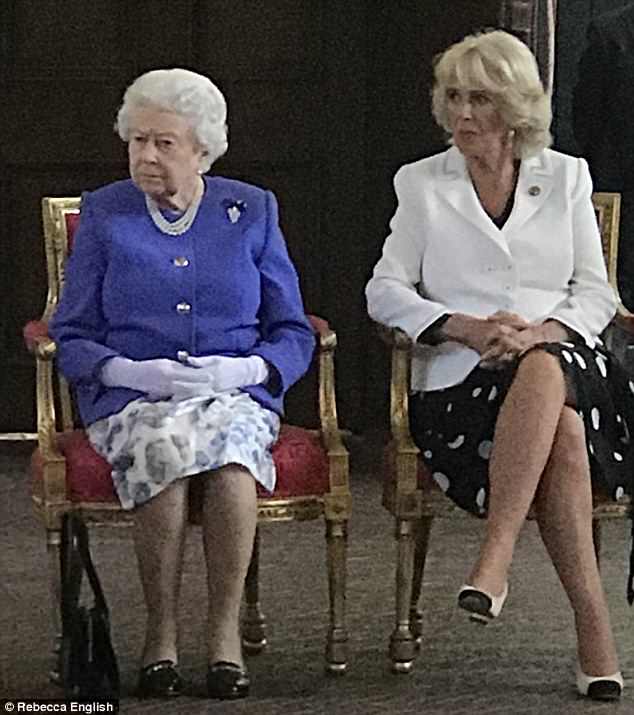 However, the Queen still has two dorgis – corgi-dachsund crosses – Vulcan and Candy.

She also agreed to adopt a corgi, Whisper, after the death of his owner, a former gamekeeper at Sandringham, last year.

Eagle-eyed royal watchers believe they spotted Meghan’s beloved rescue dog Guy in her car with the Queen while she travelled to Windsor Castle ahead of the royal wedding last month.

Meghan took the beagle with her when she relocated from Toronto to last year to live with Harry at Kensington Palace.