Back to the day job! Máxima of the Netherlands visits scouts in Voorburg – after taking in a Shaggy concert with her husband King Willem-Alexander over the weekend

She was spotted enjoying a date night with her husband King Willem-Alexander at a Shaggy concert over the weekend.

But it was back to business for Queen Máxima on Tuesday, as she dropped in on a scouts meeting in Voorburg.

The Dutch royal, 47, wore a caramel coloured blouse and a white A-line skirt for the engagement, teamed with patent beige heels and a classic quilted Chanel handbag.

It was an altogether more sedate outing for the mother of three than her off-duty weekend jaunt with the King, when royal watchers spotted the couple dancing to Hey Sexy Lady among the crowd during the Sting and Shaggy gig at Soestdijk Palace in Baarn. 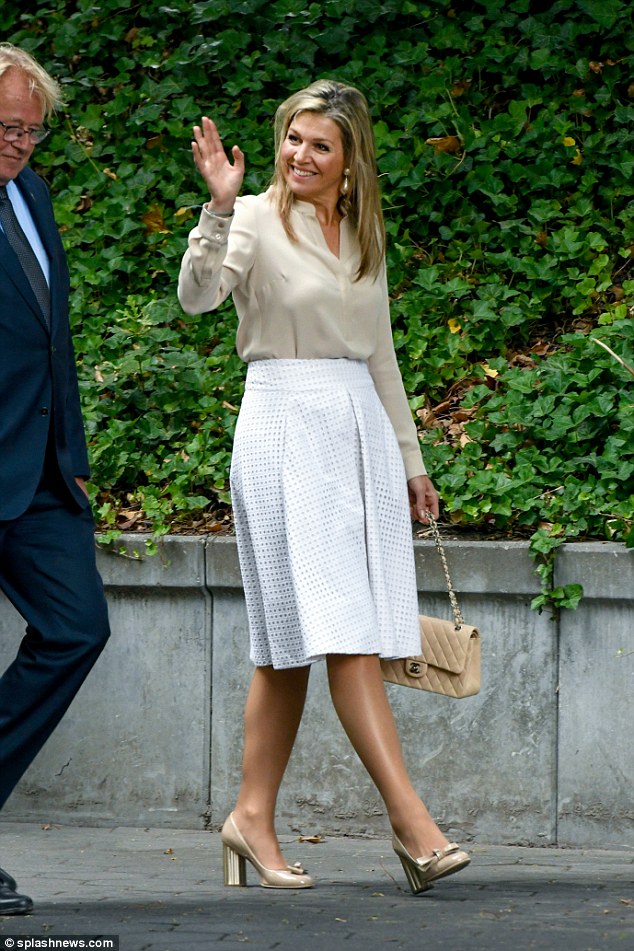 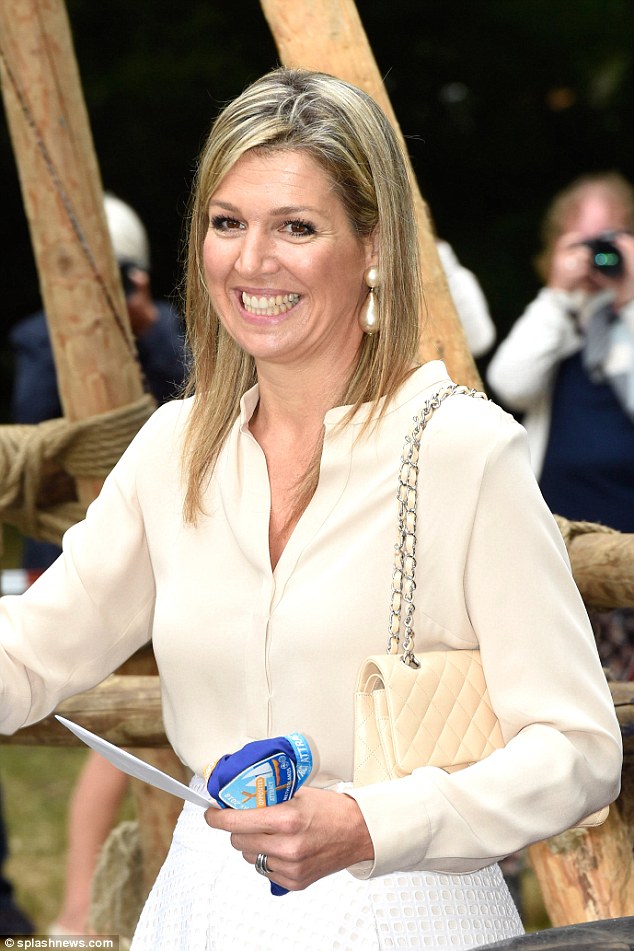 The Dutch Queen, who was recently snapped enjoying a Shaggy concert with her husband King Willem-Alexander 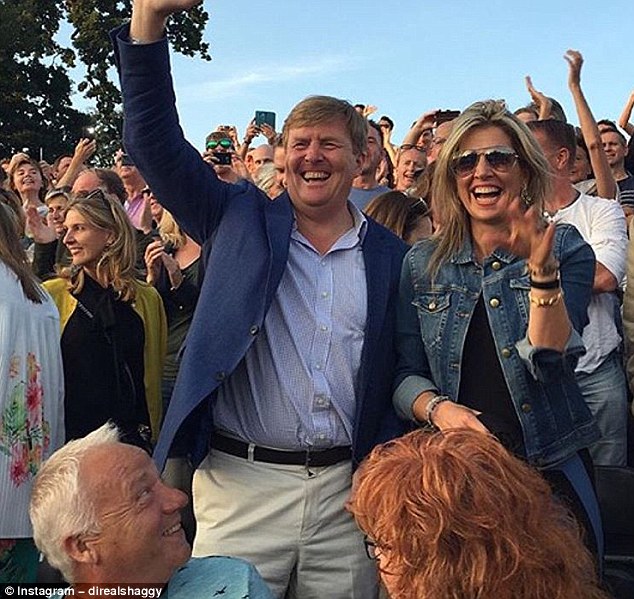 Queen Máxima proved she’s not afraid to show off her moves at the weekend when she was filmed dancing the night away at a pop concert.

In the extraordinary footage, Máxima, 47, is seen waving her hands in the air alongside her husband, King Willem-Alexander.

The reggae icon and Police star are currently touring Europe together, with Saturday’s show drawing huge crowds at the former royal residence in the province of Utrecht.

The royal couple stunned onlookers when they arrived, weaving through thousands of people and snubbing the VIP area to stand among the audience. 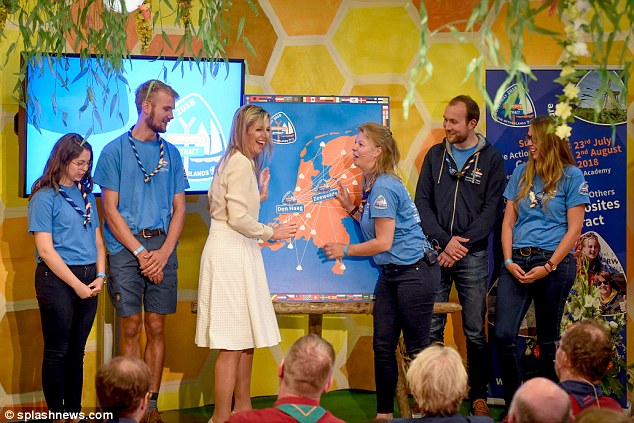 The Dutch Queen attended the Roverway meetings in Voorburg on Tuesday 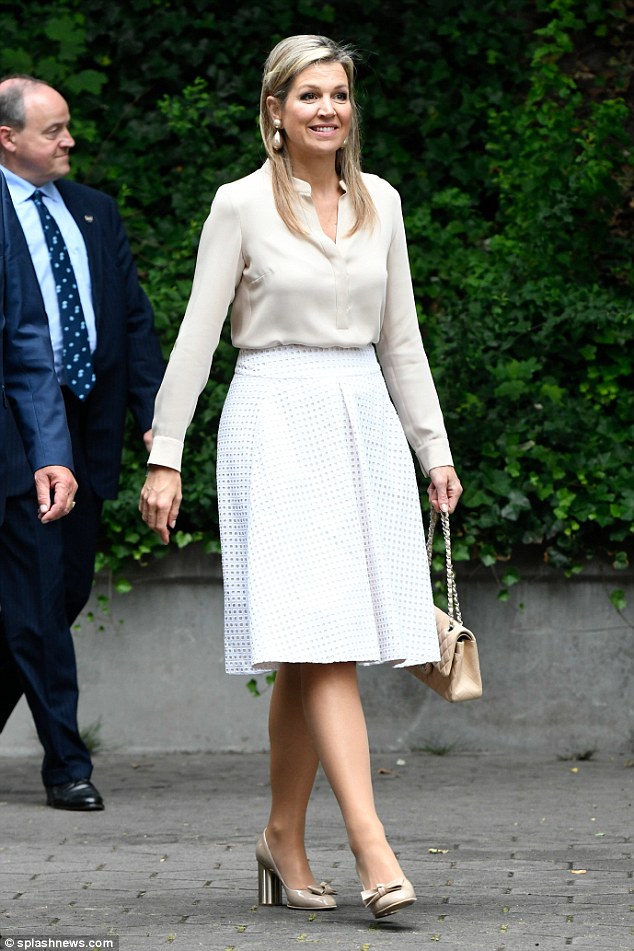 Hitmaker Shaggy later took to Instagram to write: ‘When you have the King and Queen of the Netherlands […] you know we are the hottest ticket in town!’

Argentine-born Máxima was casually dressed in a full-length black dress, denim jacket and wedges, teamed with a pair of aviator shades.

The mother-of-three looked happy and relaxed following a difficult few weeks, which saw her fly to Buenos Aires for the funeral of her younger sister, Inés Zorreguieta.

Inés took her own life at the age of 33 following a lengthy battle with depression. 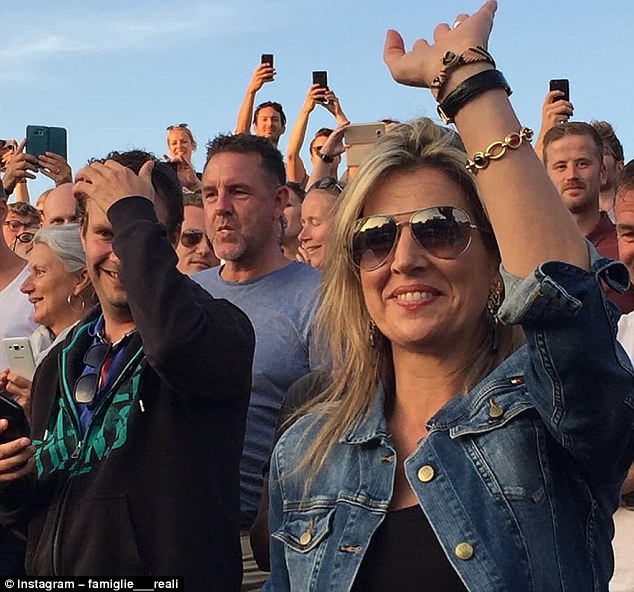 Dancing queen! Máxima proved she’s not afraid to show off her moves when she made a surprise appearance at a pop concert over the weekend 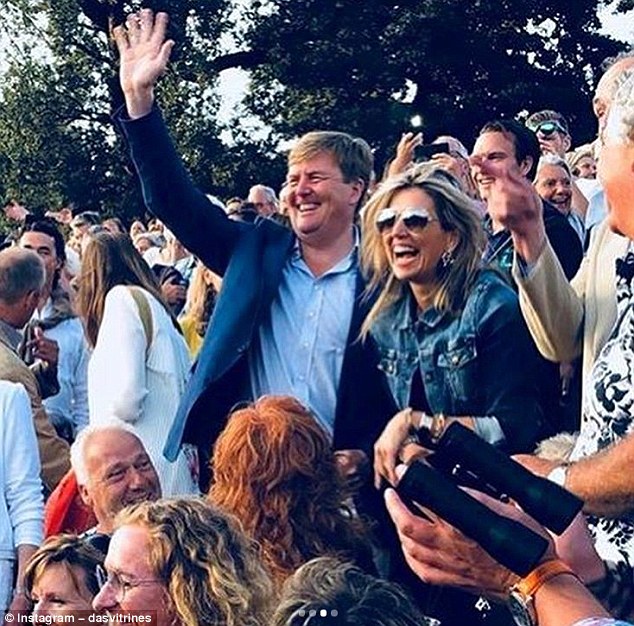 They’ve got the moves! Máxima, 47, was spotted dancing the night away with her husband, King Willem-Alexander of the Netherlands, during the Sting and Shaggy gig in Baarn

Máxima pulled out of several state visits in the wake of Inés death in June, bravely returning to work two weeks later.

Later that month, during a visit to a hospital in Groningen, she appeared to fight back tears as she gave a short speech.

She said: ‘I ask for your understanding. I find this hard. I wrote something down. I might need to read it.

‘Today, I started working again after challenging times. Actually, I am happy to be able to be here in Groningen at the centre for proton therapy because it means so much for people with cancer.’ 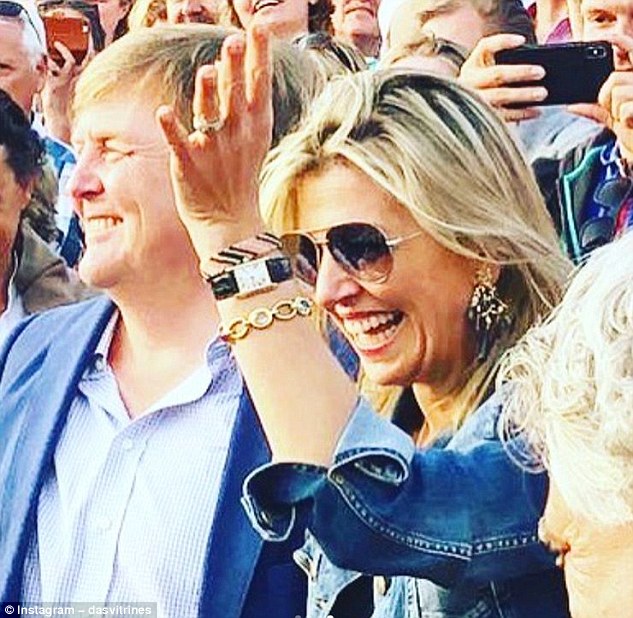 Back to her best: The mother-of-three looked happy and relaxed following a difficult few weeks, which saw her fly back to Buenos Aires for the funeral of her younger sister, Inés

‘It is a small comfort to know that she finally found some peace. And I really want to express my great appreciation for the many letters and messages.

‘And other expressions of sympathies. It has really helped us. I would also like to thank for the respect everyone showed for my family in these difficult times. Thank you.’

For help or advice, visit Samaritans.org.uk