One’s favourite day out! The Queen is picture perfect in pastel blue for Royal Ascot as she’s joined by Charles and Camilla for an afternoon at the races

The Queen has attended Royal Ascot every year since she came to the throne in 1952, and today Her Majesty was on fine form as she attended one of her favourite events of the year with her family.

Her Majesty, 92, was picture perfect in a pale blue outfit, teamed with a matching hat adorned with pretty pink flowers.

The monarch rode in the traditional carriage procession to the parade ground with her cousin Princess Alexandra, who was elegant in cream.

The Queen arrived at the course in her traditional carriage procession and among her guests in the royal box are the Prince of Wales and Duchess of Cornwall.

Camilla, who looked smart in a green coat dress, rode in a carriage with her husband joined by his nephew Peter Phillips and his wife Autumn.

Sophie, Countess of Wessex, also joined the royal party this afternoon – following the Queen’s lead in a blue dress with a matching hat. 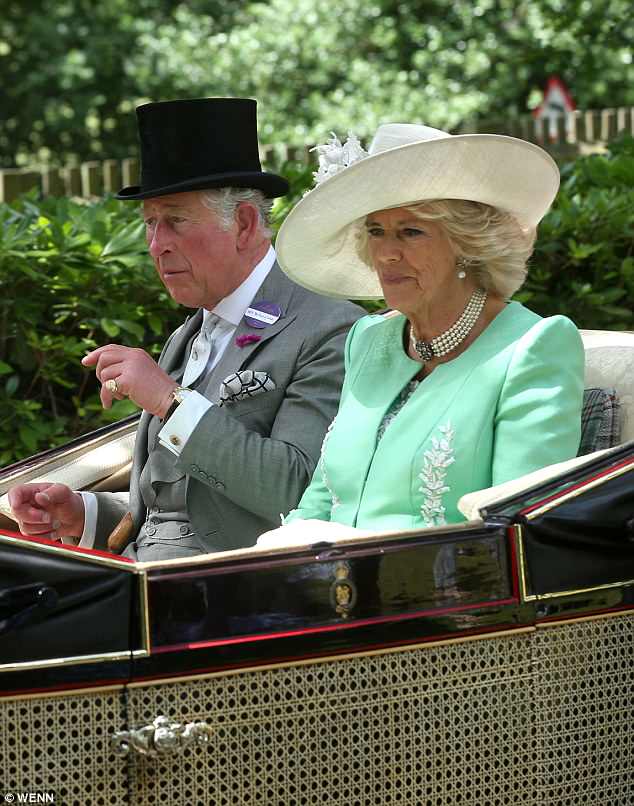 Prince Charles was accompanied by his wife Camilla, 70, who looked elegant in a green coat dress 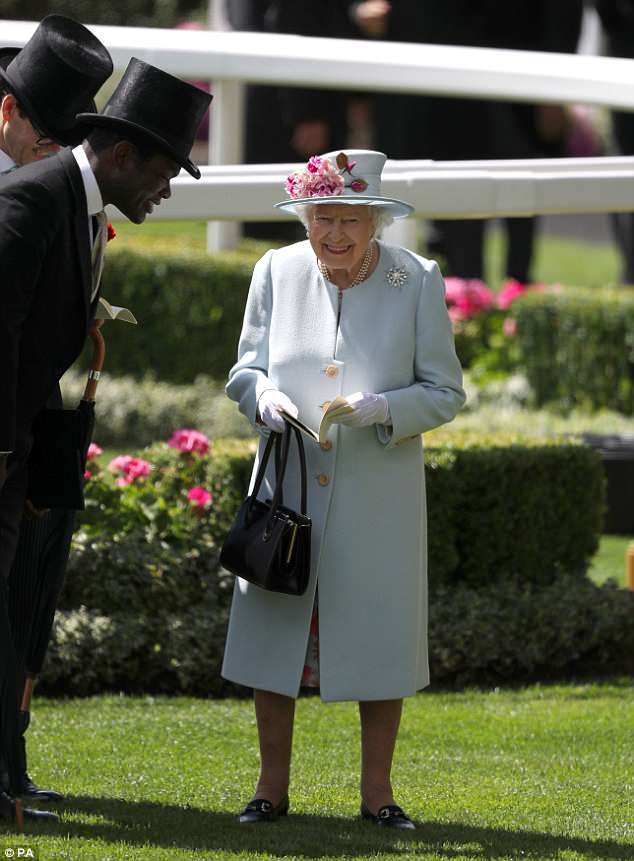 The Queen looked delighted to be attending Royal Ascot for the second time this week, as it’s known to be one of her favourite events of the year

Charles is due to present the winning prizes in the aptly named Prince of Wales’s Stakes.

The Duke of Cambridge stakes takes place this afternoon, but Prince William will not be presenting the trophy with the Earl of Wessex set to step in.

And his wife Kate, who has attended in previous years, is likely to remain at home with her newborn, Prince Louis.

Royal Ascot racegoers who took a punt on blue as the colour of the Queen’s hat were set to cash in this afternoon.

Bookies traditionally take bets on the colour of the head of state’s hat, and they hope to have better luck than Tuesday when the favourite yellow was heavily backed. 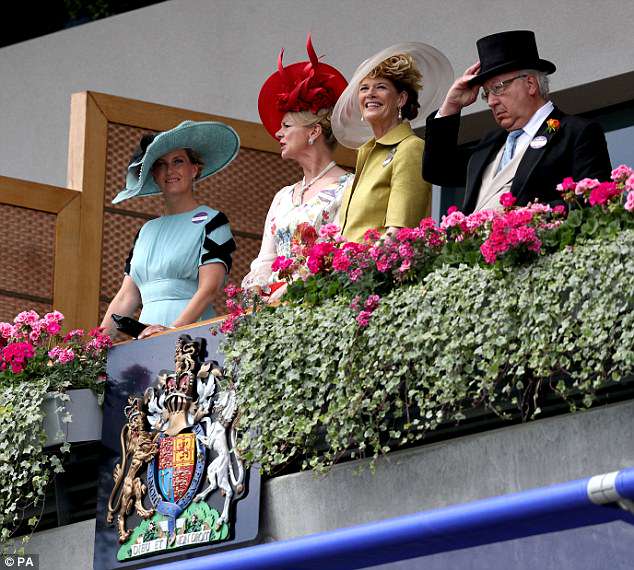 Sophie, Countess of Wessex, followed the Queen’s lead by donning a blue dress with a matching hat 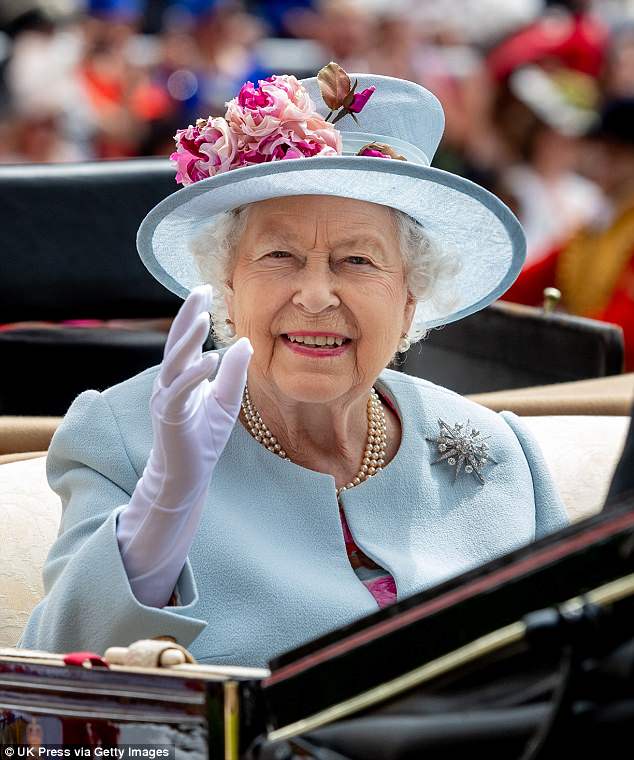 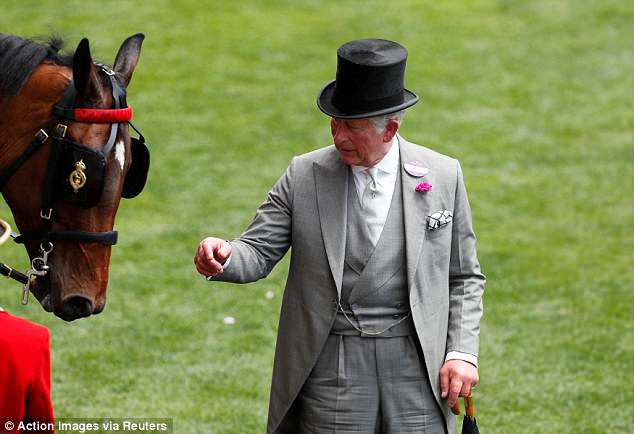 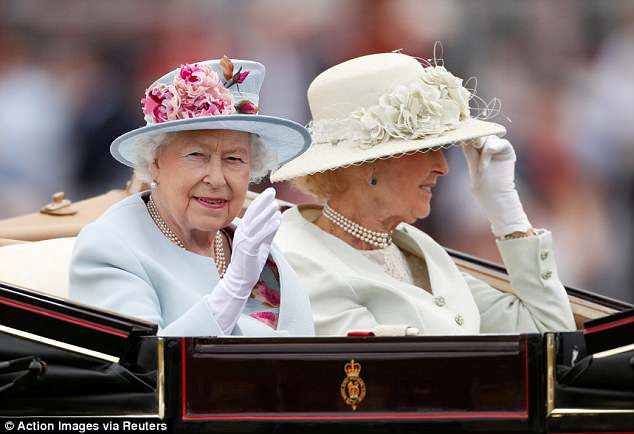 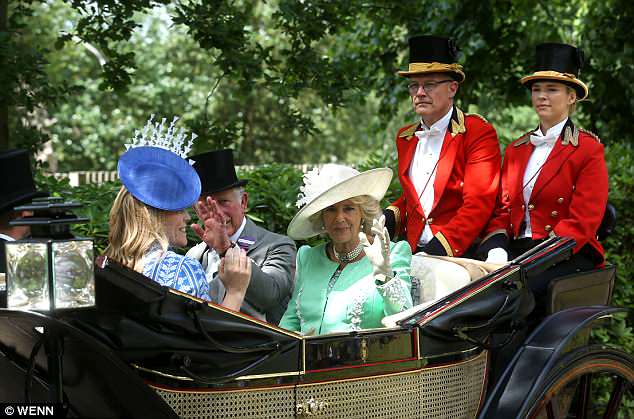 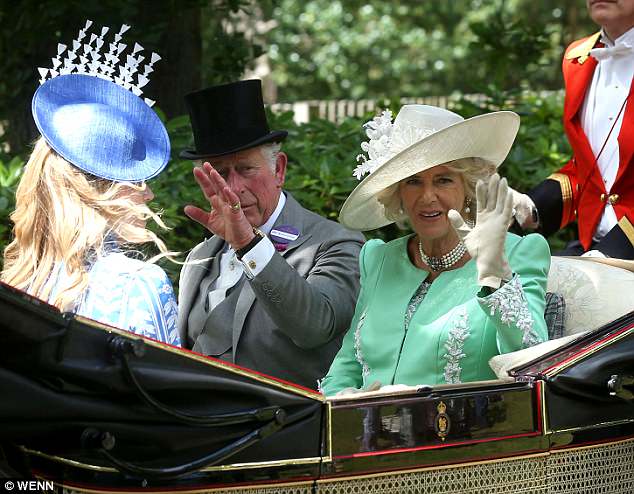 William Hill spokesman Rupert Adams said they had shortened the odds on blue from 7-2 to 2-1 favourite earlier today, adding: ‘We will be feeling blue if another hat horror occurs today.’

Nicola McGeady of Ladbrokes said: ‘Punters kicked off day two in high spirits after correctly predicting that the Queen would wear a blue hat.

‘Tomorrow is Ladies Day, and the early money suggests that Her Majesty will opt for green rather than pink.’ 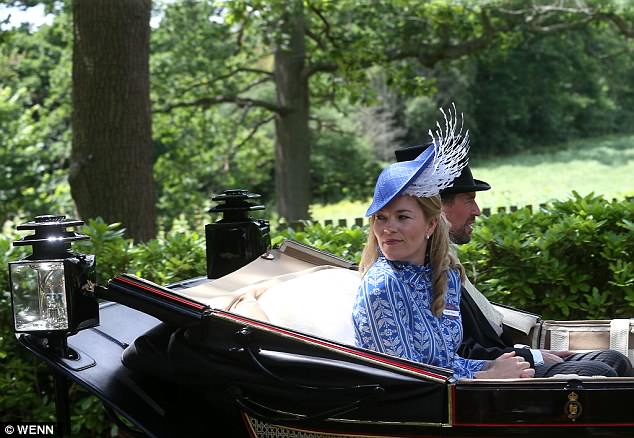 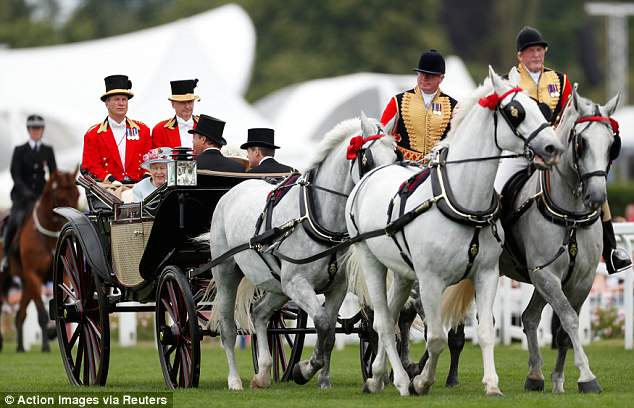