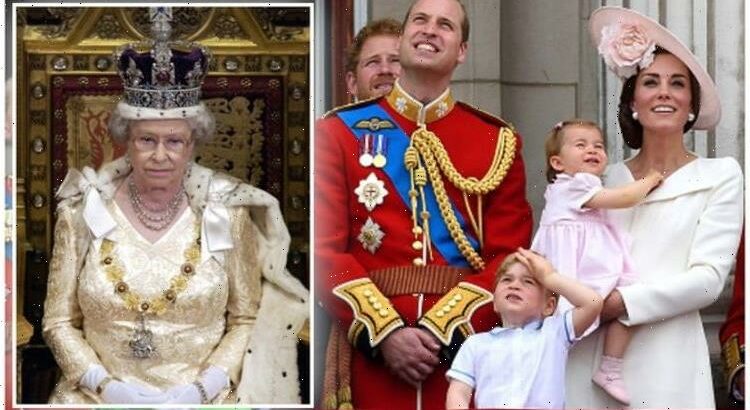 Queen Elizabeth II celebrated her coronation on June 2, 1953 after being proclaimed Queen on February 6, 1952 on the day of her father’s death. After King George VI died in 1952, the then-Princess Elizabeth was proclaimed Queen and celebrated her coronation the following year. Next month on February 6, 2022 the Queen will be celebrating 70 years as the British sovereign which is the first time in the Royal Family’s history that milestone has been reached.

Royal author Barry Turner has spoken exclusively to Express.co.uk about the Queen’s 1953 coronation and how this year’s Platinum Jubilee will hopefully differ from the “semi-medieval” celebrations 70 years ago.

“There is a risk that the jubilee will be another opportunity simply to look back.

“I rather hope that there won’t be too much staring back but rather more looking to the future and learning the lessons of the period that the Queen has been on the throne and seeing how that’s going to affect the future.

“Royalty must continue to adapt if it is going to survive. It cannot possibly remain a semi-mediaeval Tudor nostalgic relic.

“There’s got to be less fawning and a more realistic view of what monarchy is about and what it can achieve for the next generation – and that’s going to take a lot of creative thinking,” the expert noted.

Barry continued: “One of the conclusions I’ve come to when I’ve been doing the research for this book is the tendency for everybody involved in the ‘53 coronation to look back all the time.

“It was a period when the ruling class and the aristocracy had been heavily hit by taxation and the two world wars, but it had survived.

“There really was a feeling that Britain was still the social oligarchy that ruled during the time of Victoria.

“There was a feeling of continuity and entitlement which I think now has thankfully declined.

“I mean we’ve still got the aristocracy there – they’ve managed to not only survive but thrive – but they don’t have the political clout that they did in 1953 or indeed in Victoria’s reign.

“No one now in their right mind looks to the Duke of X or the Earl of Y to lead the country or play a major role.

“They have to achieve something else in order to get to that sort of position and throw themselves into politics.

“No one now can possibly conceive of a Prime Minister in the House of Lords,” he added.

Barry spoke about what the British public should celebrate this year as the Queen reaches her 70-year reign milestone and her 96th birthday.

“The fact that the monarchy has come through it all and emerged if not stronger, then at least not much weaker than it was – will, I think, be a cause for celebration if not for wonderment!

“What is the place for the monarchy in a modern state where things are changing so rapidly?

“When things are changing so rapidly, maybe there’s going to be a need to grip onto something that looks to be permanent.

“The continuity of the monarchy could be a social binding force at a time when things are changing so rapidly.

Barry Turner’s new book – ‘Thorns in the Crown: The Story of the Coronation and What it Meant for Britain’, is being released today.