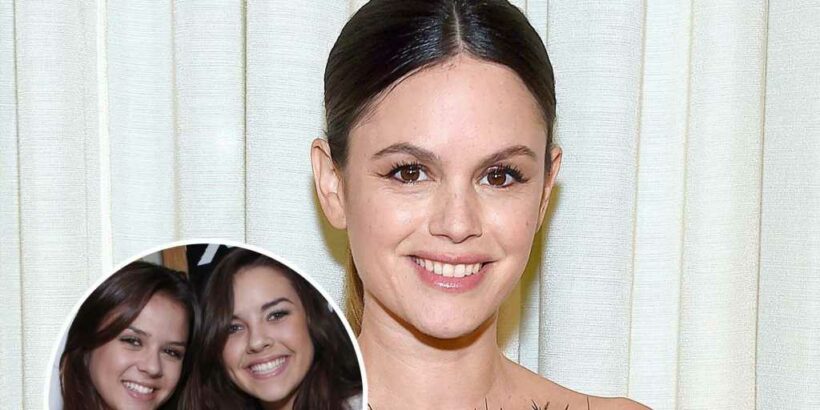 "It's more about the violation than the actual things taken"

After being a victim of the infamous “Bling Ring” robberies more than a decade ago, Rachel Bilson is getting closure about the traumatic incident from former members Alexis and Gabrielle “Gabby” Neiers.

Bilson sat down with the sisters for a tell-all episode on her podcast “Broad Ideas with Rachel Bilson” where the Neiers discussed their involvement with the operation.

“I had super conflicting feelings about this in particular. And I have to let you guys know I have always stayed very distant from anything having to do with the Bling Ring and everything that went down,” the “Hart of Dixie” star admitted before starting the discussion. “I never read anything, I never saw anything and I never supported the movie Sofia Coppola did. I felt like it was weird to bring so much attention to something that had such a big impact personally for me and for other people involved.”

Bilson was one of the many celebrities that included Paris Hilton, Lindsay Lohan, Orlando Bloom and Audrina Patridge that the “Bling Ring” — consisting of Rachel Lee, Nick Prugo, Alexis, Courtney Ames and Diana Tamayo — stole from. The notorious group stole roughly $3 million in cash and belongings from 2008-2009. At the time of the robberies, Alexis and Gabby were 18 and 15 respectively.

With the release of Netflix’s new bombshell documentary titled “The Real Bling Ring: Hollywood Heist” re-opening old wounds, Alexis, 31, explained that she and her sister had taken part in the documentary as a way to give Bilson closure.

“Our intention with doing the documentary was so that way we could give this [closure] to you. We were so excited for the truth to finally… to own it all,” she said through tears. “This isn’t tears from me, it’s tears because I know how hard this is for her because I had to go through it but we’re separate victims and I made it out on the other side of that.”

Though the sisters expected the film to give clarity to the situation, it didn’t meet their expectations and said the robberies were covered in a “toxic and unhealthy way.”

“I got sober at 19, I went to intensive therapy, I did my time, I did my thorough amends and I’ve been in AA for the last 11 and a half years,” Alexis said. She also claimed that Gabrielle’s confession — that she too was a part of the burglary of Bilson’s home — was cut out of the final product which prompted the duo to speak further on the matter. “Our intention of doing the documentary was for you and the other victims and it’s so frustrating and so unfortunate that that is not what ended up coming out of the documentary.”

Though Rachel describes the robbery as traumatic, she confessed that she has empathetic feelings towards the Neiers girls due to her position as a mother. She acknowledged that they had collectively grown into different people in a “different chapter in life.”

The “the OC” alum also confessed that there were many “outside opinions and voices” that discouraged her from hearing out the duo.

“Even my mom was like ‘What?!’ you know because her ring was stolen [but] she [came] back because she’s a very spiritual, enlightened woman and was like ‘No, forgiveness is the most important thing,'” she noted. “There’s feelings … and… there might be noise but it’s really… your choice. It’s your actions and that’s all that matters.”

Bilson also confessed that she had let go of any animosity towards the girls and the rest of the “Bling Ring” a long time ago, and encouraged the girls to let go of any guilt they were harboring.

“It’ll always be triggering for me when the Bling Ring comes up or another f–king thing comes out and its glorified in any way, because people were really personally affected by these incidents and it’s more about the violation than the actual things taken,” she admitted.

Bilson continued, “It’s important to move forward in life and forgiveness to a certain degree is always the best way and the best move because why hold onto those things that make you feel really sh–ty.”