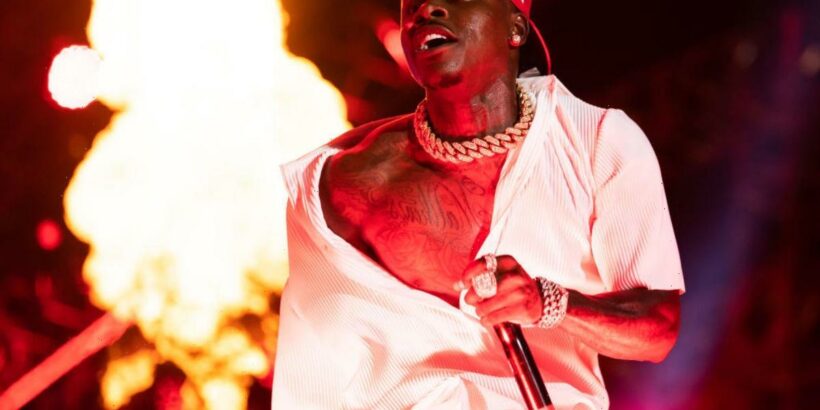 Rapper DaBaby apologized Monday for his remarks about HIV/AIDS and the LGBTQ+ community during his July 25 set at the Rolling Loud music festival. The apology comes after he faced heavy backlash from other artists and fans, and after two major music festivals dropped him over his comments.

“I want to apologize to the LGBTQ+ community for the hurtful and triggering comments I made,” Kirk wrote on Instagram. “Again, I apologize for my misinformed comments about HIV/AIDS and I know education on this is important. Love to all. God bless.”

During the Rolling Loud set, the six-time Grammy-nominated artist gave a profanity-laden speech in which he asked concertgoers to raise their phones if they had not performed oral sex on a man in the parking lot and if they did not have HIV/AIDS.

“If you didn’t show up today with HIV/AIDS, or any of them deadly sexually transmitted diseases that’ll make you die in two to three weeks, then put your cell phone light up,” Kirk said.

Kirk’s words were met with immediate condemnation online. Kirk commented on that backlash in his Monday apology, writing, “Social media moves so fast that people want to demolish you before you even have the opportunity to grow, educate, and learn from your mistakes. As a man who has had to make his own way from very difficult circumstances, having people I know publicly working against me — knowing that what I needed was education on these topics and guidance — has been challenging.”

“I appreciate the many people who came to me with kindness, who reached out to me privately to offer wisdom, education, and resources. That’s what I needed and it was received,” he added. 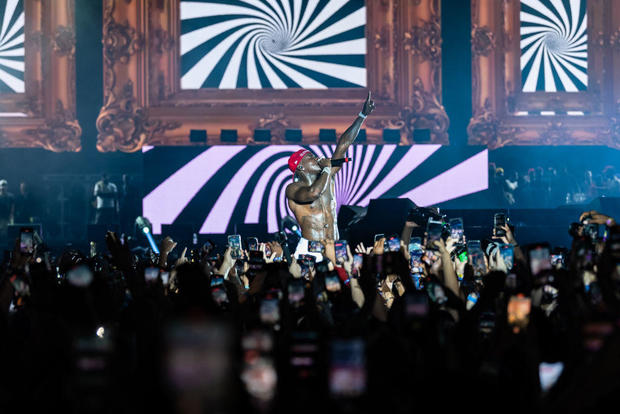 In the wake of his Rolling Loud comments, the rapper was dropped from his headline slot at the Chicago festival Lollapalooza and from the Day N Vegas concert. On Monday, the New York festival Governor’s Ball also announced the rapper would no longer be a part of the lineup.

“Founders Entertainment does not and will not tolerate hate or discrimination of any kind,” the organizers said in a statement Monday. “We welcome and celebrate the diverse communities that make New York City the greatest city in the world.”

Monday’s statement is Kirk’s second apology since his comments were called insensitive and homophobic. Last week, Kirk apologized for his comments on HIV/AIDS and said he never intended to offend anyone.

“Anybody who done ever been affected by AIDS/HIV y’all got the right to be upset, what I said was insensitive even though I have no intentions on offending anybody,” the rapper tweeted. “So my apologies, but the LGBT community. I ain’t trippin’ on y’all, do you. Y’all business is y’all business.”