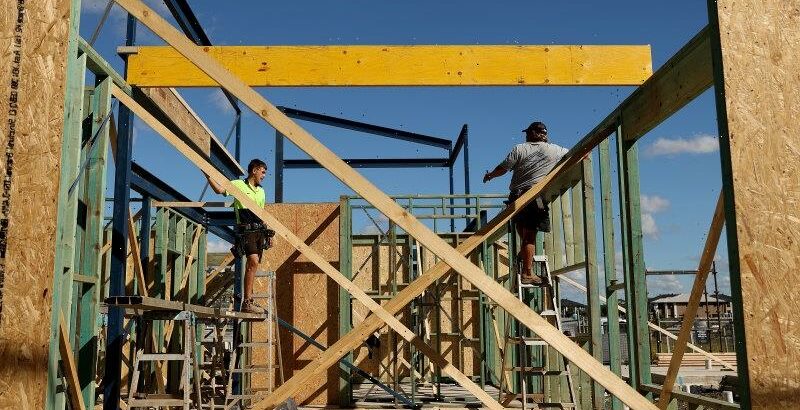 The economy will slow, more people will be out of work and real wages will take a substantial hit as the Reserve Bank’s efforts to control inflation with higher interest rates bite, Treasurer Jim Chalmers will reveal in a budget and economic outlook to be delivered to Parliament.

Fresh from new data showing prices growing at their fastest rate since the introduction of the GST, Chalmers will use a formal parliamentary address on Thursday to reveal the battle to control inflation will take a substantial economic toll over the next two years. 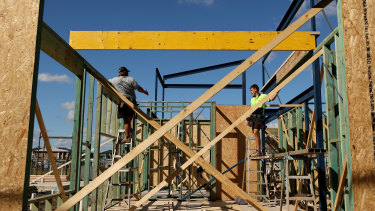 When then-treasurer Josh Frydenberg released the 2022-23 budget in March, official interest rates were still 0.1 per cent and expected only to moderately increase. Instead, they are already at 1.35 per cent and tipped to reach 2.6 per cent by the end of the year.

But Chalmers will tell parliament that economic growth for this financial year and next will be half a percentage point lower than expected, at 3 per cent and 2 per cent respectively. 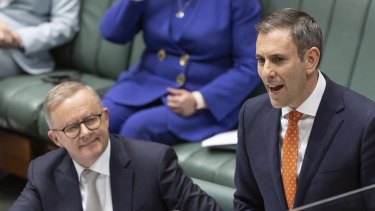 Anthony Albanese and Jim Chalmers in their first question time as PM and Treasurer. Chalmers will deliver an update on key economic forecasts on Thursday.Credit:Alex Ellignhausen

Chalmers will reveal the steep lift in interest rates to deal with inflation will slow the economy.

“Higher interest rates, combined with the global slowdown I’ve described, will impact on Australia’s economic growth,” he will say.

“And the headwinds our economy is facing – higher inflation at the top of that list, along with slowing global growth – are now reflected in the revised economic outcomes and forecasts.”

In March, inflation was tipped to step down to 3 per cent in 2022-23 while wages were expected to start outpacing the consumer price index. Unemployment, already at 3.5 per cent, was also expected to fall from 4 per cent last financial year to 3.75 per cent.

Chalmers is expected to predict that inflation will peak above 7 per cent, much higher than the rate of increase in wages.

Ahead of his statement, Chalmers said wages would eventually overtake inflation but he would not put an explicit timeframe on the development.

“My expectation is that there will be real wages growth this term of the parliament,” he said.“Inflation needs to moderate and we need to get that sustainable, responsible wages growth in the economy that is, in many ways, a primary focus of our economic policy.”

Shadow treasurer Angus Taylor said it did not appear the government knew how to deal with the nation’s inflation pressures.

“Labor went to the election promising to ease the cost of living, reduce electricity costs and increase real wages but it’s only getting harder for Australian households and the government has offered no real plan to address these challenges,” he said.

Chalmers’ address will follow the latest consumer price index report that showed prices climbed by 1.8 per cent through the June quarter. This took the annual rate of inflation to 6.1 per cent, its highest level since the introduction of the GST in 2000.

The key factors in the quarter were a rise in new building costs (up by 5.6 per cent) and in fuel costs (up by 4.2 per cent). Over the past year, petrol prices have climbed by more than 32 per cent.

Vegetable prices rose by 7.3 per cent while fruit prices increased by 3.7 per cent. Both have been affected by recent bad weather plus flow-on prices associated with high petrol costs.

Of greater concern to the Reserve Bank were the measures of underlying inflation which strip-out one-off price changes. Trimmed inflation rose to 4.9 per cent over the past 12 months, the highest annual rate in 31 years.

Following the figures, financial markets and some economists wound back expectations on future interest rate movements by the RBA. Most now believe the bank will use its meeting on Tuesday to increase the official cash rate by half a percentage point to 1.85 per cent.

Barrenjoey chief economist Jo Masters said while the overall inflation result was lower than expected, there were still clear issues that would force the Reserve Bank into action next week.

“Inflation is still too high and the cash rate below neutral, so the data will be seen as a green light for the RBA to hit ‘go’ on 50 basis points next week,” she said.

The Commonwealth Bank’s head of Australian economics, Gareth Aird, said the figures confirmed inflation was running much higher than the Reserve Bank wanted. He also expects a half percentage point increase on Tuesday.

“There are no two ways about it – inflation is red-hot in Australia right now, as it is in many parts of the world, and the RBA will respond by raising the cash rate again at the August board meeting next week,” he said.