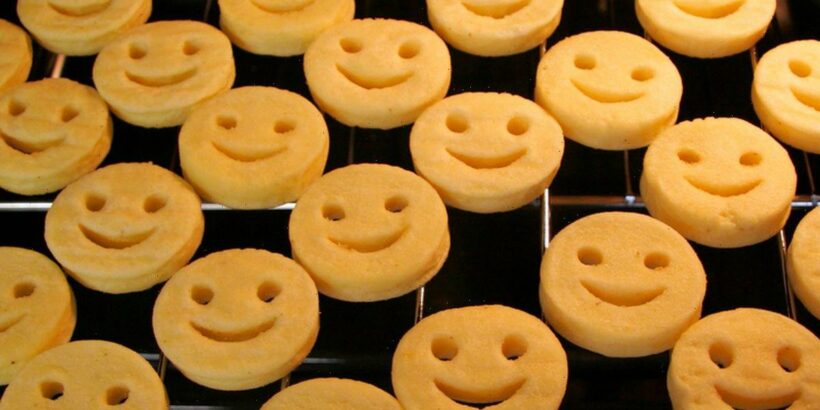 Potato smilies were the ultimate treat back in the day.

The little carbs made any simple meal perfect, whether it was with turkey dinosaurs or fish fingers.

So if you fancy a little blast from the past, here's a delicious recipe you could try to totally transform the potatoes.

Posting on Reddit, user/idlewildgirl shared a simple cooking method that they claimed was the "future".

The user said: "Salt and pepper smilies. It's the bloody future."

In the photo, it shows the potato treats smothered in chilli, spring onions and seasoning too.

It's no surprise that the post went down a treat online as it secured over 10,000 likes and hundreds of comments.

The user later provided a method and shared the ingredients used after one fan was eager to know.

"Chop the onion and chillies into smallish pieces and fry until the onion turns translucent.

"Add the five spice powder and salt and take off the heat. Add the chopped spring onion at this point.

"Throw the chips/faces into the mix and stir well to coat whilst still hot. Serve."

One wrote: "Sudden urge to build a time machine and travel to the past."

Another added: "Oh my God it's genius."

While a third praised: "That's life-changing, will definitely be making this."

Meanwhile, one user revealed: "You can get a salt and pepper seasoning jar from Home Bargains."

Speaking of Home Bargains, previously we revealed a cooking hack that makes takeaway-style salt and chilli chips at home.

On a Facebook group, one man told shoppers to pick up Kerala seasoning from the low budget retailer.

The £1.20 product adds some Chinese flavour to your spuds.

All you need to do is add it to homemade chips – or you can use the frozen variety if you wish.

The savvy shopper was really pleased with the final result.