You know about Reese Witherspoon’s production company, Hello Sunshine, right? No? We need to talk.

Were you obsessed with Big Little Lies to the point where the only gif you used was Renata screaming “I will not NOT be rich?” What about The Morning Show? Admit it: the Reese Witherspoon and Jennifer Aniston team-up was the only reason you subscribed to Apple TV+. In fact, I’m betting you’re already wishing Hulu would drop all of Little Fires Everywhere this Wednesday, March 18, instead of just the first three episodes before shifting to a weekly schedule. We're all kind of on lock-down right now, after all.

Moral of the story, Reese Witherspoon’s production company is behind so many shows you love. Founded in 2016, Hello Sunshine is focussed solely on telling women’s stories. Here’s everything you need to know. 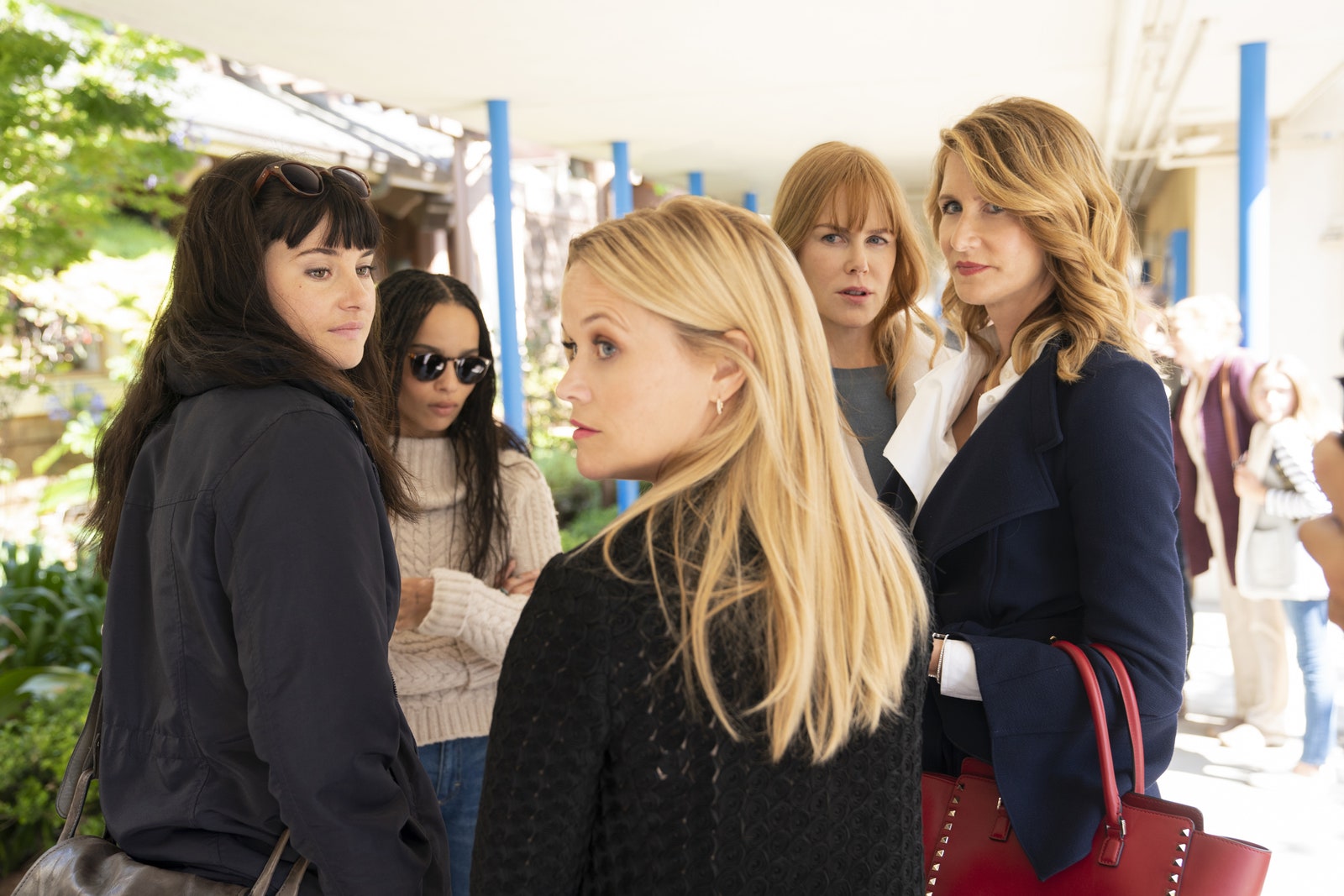 Despite producing the film Wild (2014) and the series mentioned above, Witherspoon doesn’t star in every Hello Sunshine project. Let’s play a game: I’m going to list their notable projects by Witherspoon's production company, and you check off which you’ve seen:

That means a ton of your favorite celebrities have worked with Witherspoon and her production company. Laura Dern, Nicole Kidman, Zoe Kravitz, Shailene Woodley, and, famously, Meryl Streep might be the first that pop into your head thanks to Big Little Lies. However, there’s also:

Women are at the center, on-screen and off: each Hello Sunshine project is written, produced, and starring women. Witherspoon serves as executive producer, of course.

“Women have been silenced from a lot of the traditional storytelling process,” CEO Sarah Harden has said. “We saw this connection between authentic, beautiful stories that show up on a screen where someone is going to take the time and say, ‘Wow that story, it feels like they understand me, that this was made for me, it reflects my experience.’”

Oh, and they also have a book club. Hello Sunshine is kinda famous for adapting books to screen, so it’s worth checking out Reese’s Book Club. What the woman in charge is reading may just become your next big binge.

✨ GIVEAWAY CLOSED✨ We've partnered with our friends @togetherliveevents to give away two tickets to the upcoming Together Live tour (plus five new books written by some of the amazing women on tour)! Together Live is traveling to 10 cities this fall to bring diverse storytellers together for an epic night of laughter, music and hard-won wisdom. Hello Sunshine joined the tour last year so you can take our word for it—this event is pure MAGIC! This year @austinchanning, @michellebuteau, @glennondoyle, @party_harderson, @mspackyetti, @cherylstrayed, @abbywambach, @sarcasticlutheran and @resistancerevivalchorus and so many more inspiring women will be on tour. TO ENTER: 1. Visit ‪togetherlive.com‬ to check out the tour schedule ✅ 2. Follow @hellosunshine and @togetherliveevents ⚡️ 3. Tag who you'd want to take with you to a Together Live event in the comments below. ? We'll pick a winner ‪on Monday at noon‬ EST.

Unfortunately for all of us, there are currently no plans for a second season of Little Fires Everywhere or a third for Big Little Lies. At least we suddenly have time on our hands to get reading.