HOMEOWNERS remortgaging on a Friday or over the weekend face forking out hundreds of pounds in extra interest, an investigation by MoneySavingExpert has found.

This is because once your deal expires, you can only move to a new one with a different lender the next working day. 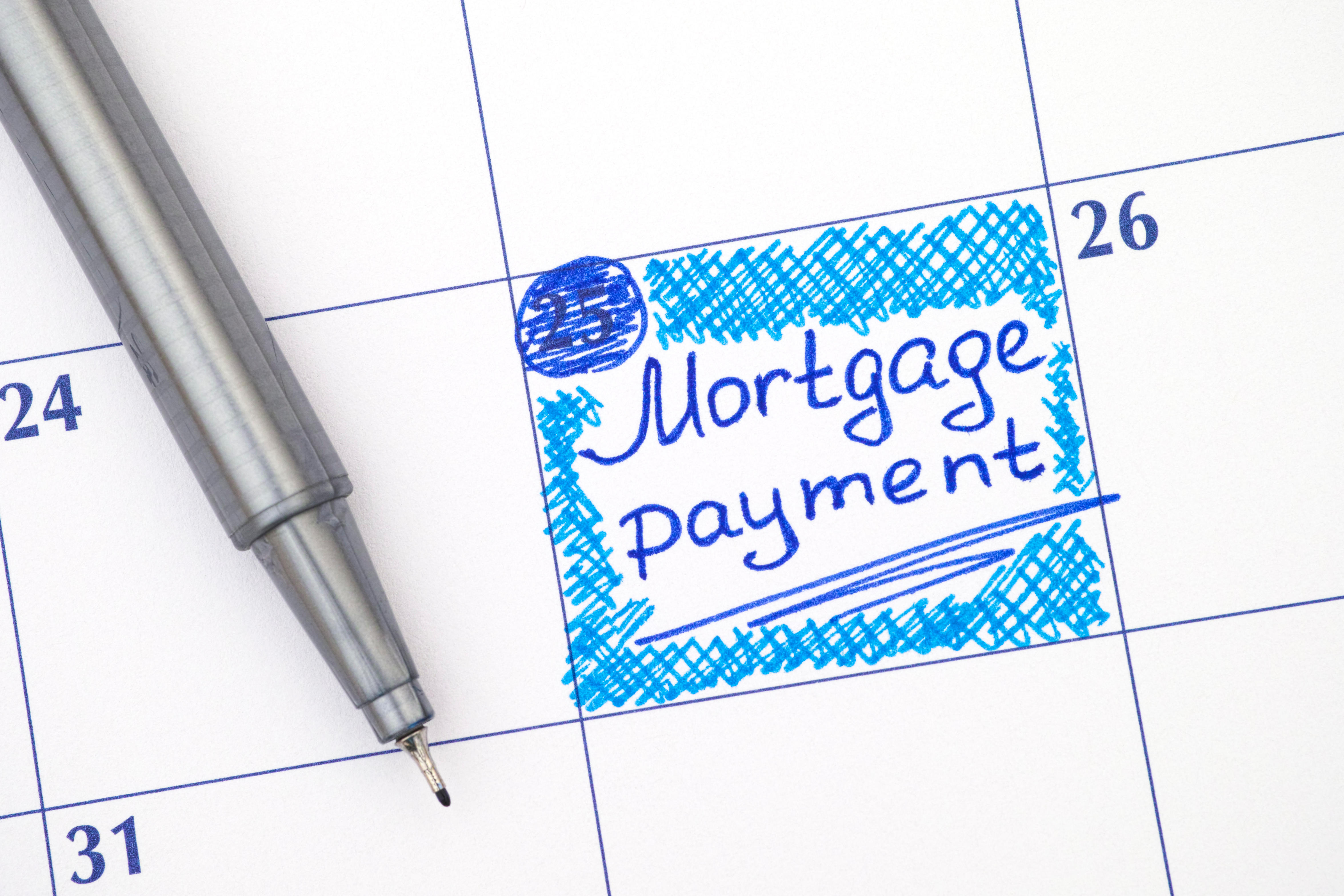 While you wait, you'll be moved to your current lender's standard variable rate (SVR).

These can be up to five times more expensive than the cheapest mortgage rates, according to MoneySavingExpert.

Depending on the size of your loan, you could be forced to fork out hundreds of pounds in extra interest.

For example, if your mortgage deal ends on a Friday, your new one won't actually start until the following Monday, meaning you'll be on an expensive SVR for two days. 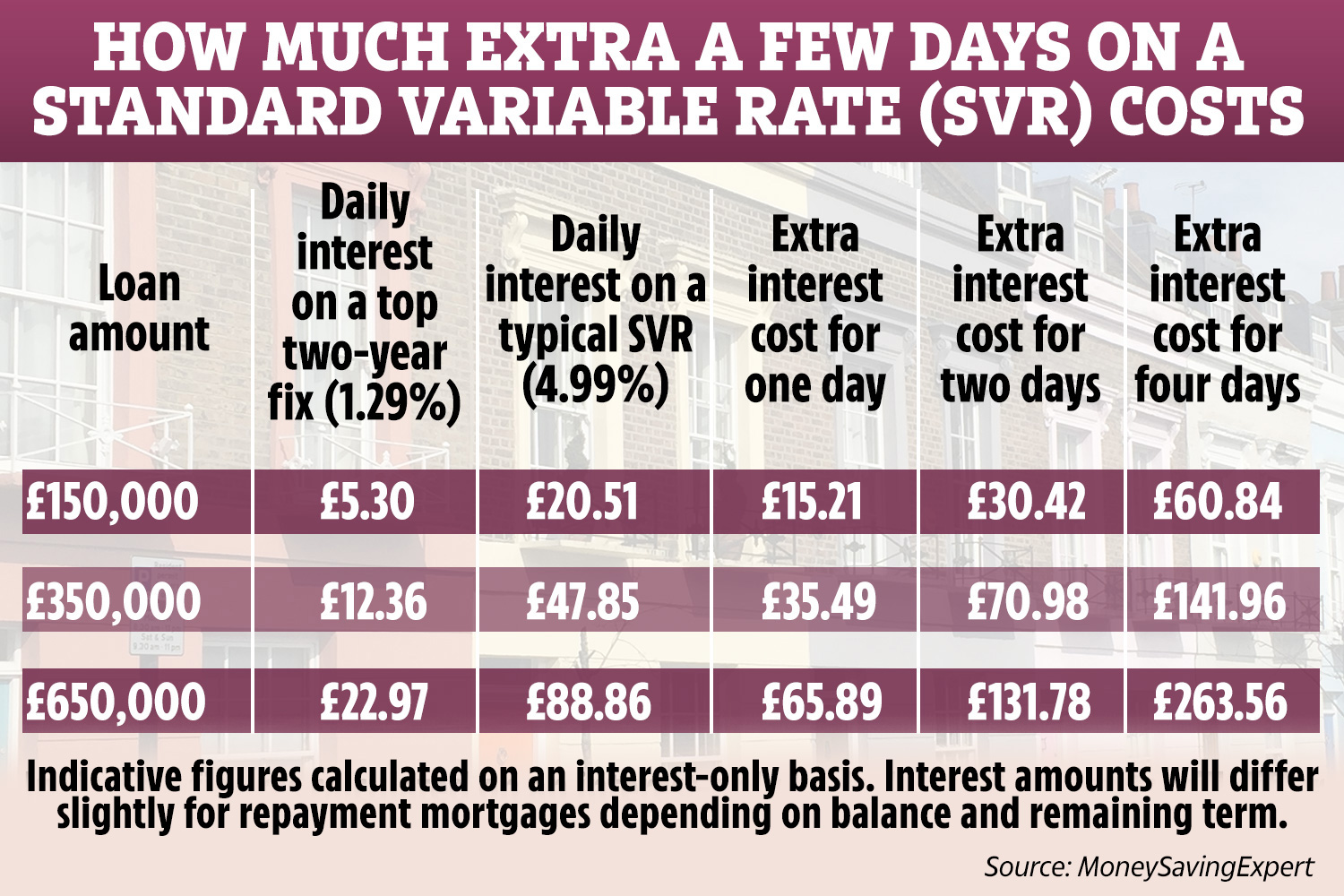 Worse yet, if your deal was set to end over Easter, you'd have to pay £263.56 in extra interest over four non-working days.

The issue only affects homeowners who switch to another lender, as it'll need to transfer the debt via a solicitor.

But it could affect thousands of Brits, as around 9,000 homeowners remortgage to new lenders every week.

How do you find the best mortgage deals?

IF you have or haven't got a deposit lined-up to buy a home,shopping around for a mortgage is the same.

Websites like Moneysupermarket and Moneyfacts have mortgage sections so you can compare costs and all the banks and building societies have their offers available on their sites too.

If you're getting confused by all the deals on the market, it might be worth you speaking to a mortgage broker, who will help find the best mortgage for you.

A broker will typically cost between £300 and £400 but could help you save thousands over the course of your mortgage.

You'll also have to decide on if you want a fixed-deal where the interest your charged is the same for the length of the deal or a variable mortgage, where the amount you pay can change depending on the Bank of England Base Rate.

Remember, that you'll have to pass the lender's strict eligibility criteria too, which will include affordability checks, and looking at your credit file.

You may also need to provide documents like utility bills, proof of benefits, your last three month's payslips, passports and bank statement.

It can be tricky to avoid the extra cost, as many mortgage deals come with hefty charges if you pay off more than agreed earlier.

But to save money, David Hollingworth of L&C Mortgages advises homeowners to start looking for a new deal three months before your current one is due to expire.

He told The Sun: "The key thing here is for borrowers to be well prepared ahead of time.

"Understanding exactly when the existing deal will come to an end will help borrowers minimise any time on SVR but shifting before the early repayment charge ends could prove costly.

"Lenders will often offer an alternative deal to existing customers at the end of a deal but it’s important for borrowers to compare that with the open market as there may well be a more attractive deal on offer from another lender."

While Johanna Noble, money editor at MoneySavingExpert, said: "It's always worth checking what day of the week the end date falls on when you're looking for a new mortgage deal.

"That way, you'll be able to factor in any potential extra costs.

"In order to treat customers fairly, it's also vital that mortgage lenders are transparent about the extra cost."

Getting a new five-year fixed mortgage before the election could save homeowners £4,350 a year.

Meanwhile, these are the secret mortgage deals that banks won't advertise but are offering to loyal customers.

In March, a new tool launched which could knock thousands of pounds off your mortgage bill.