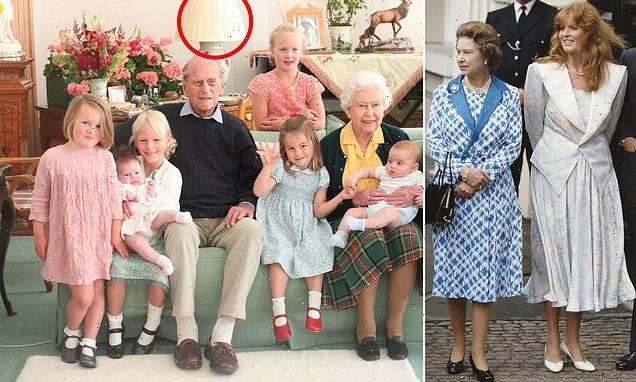 Revealed: How Sarah Ferguson lights up the Queen’s day – despite not being invited to Prince Philip’s funeral

Despite not being invited to Prince Philip’s funeral, the Duchess of York is still surprisingly close to the Queen, I can reveal.

Earlier this week the poignant family portrait taken by the Duchess of Cambridge at Balmoral, of the Queen and the Duke of Edinburgh, surrounded by seven of their great-grandchildren, shone a small shaft of light into the Queen’s relationship with Fergie.

On the table, I can reveal, in pride of place is a gift from the Duchess.

It is a hand-crafted table lamp, made by Rosanna Lonsdale – a Christmas present from Fergie two years ago. The Duchess commissioned the piece, whose motif is based on the sweet peas of Balmoral. 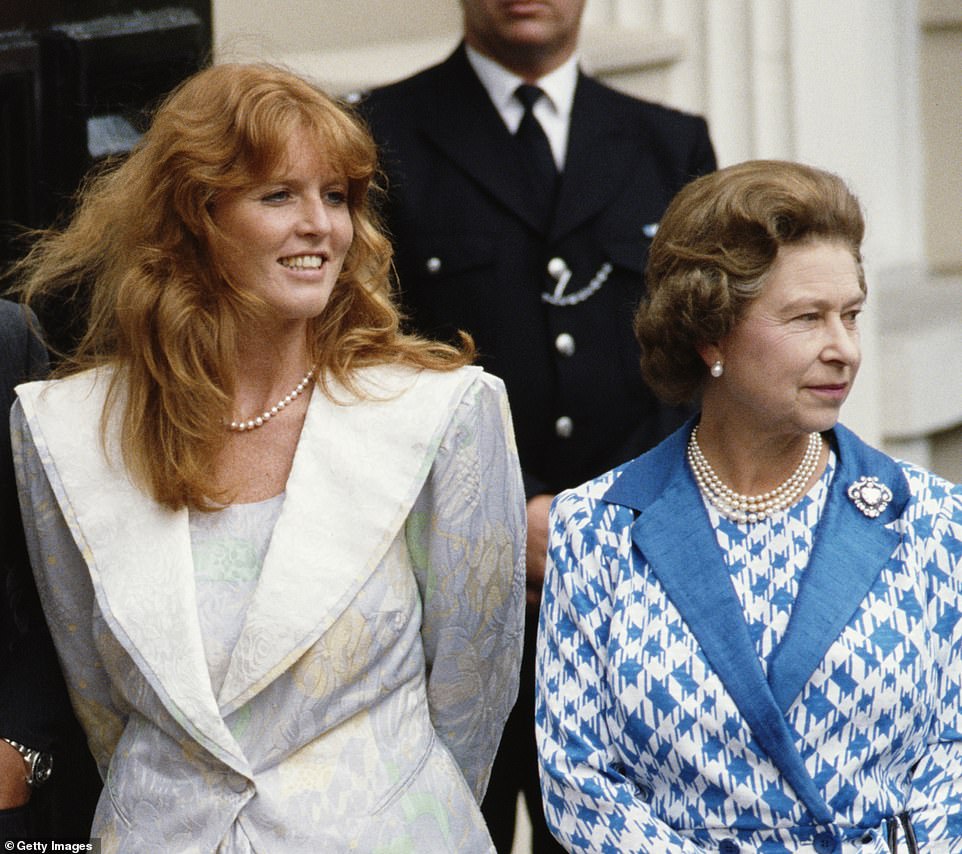 The Queen and Duchess of York outside Clarence House in London, August 1986

Rosanna uses the 18th-century transfer technique of decalcomania at her studio in Fulham, London. She delicately decorates her works with paint and collage, and her creations grace several celebrities’ homes.

The positioning of the lamp centre stage in the most private of Her Majesty’s homes is particularly poignant for the Duchess, as she knows only too well how many thousands of presents the monarch receives which are never seen in her home.

‘It’s in the Queen’s private sitting room because that is where she chose it to be; it always brightens up her day,’ a royal source tells me. 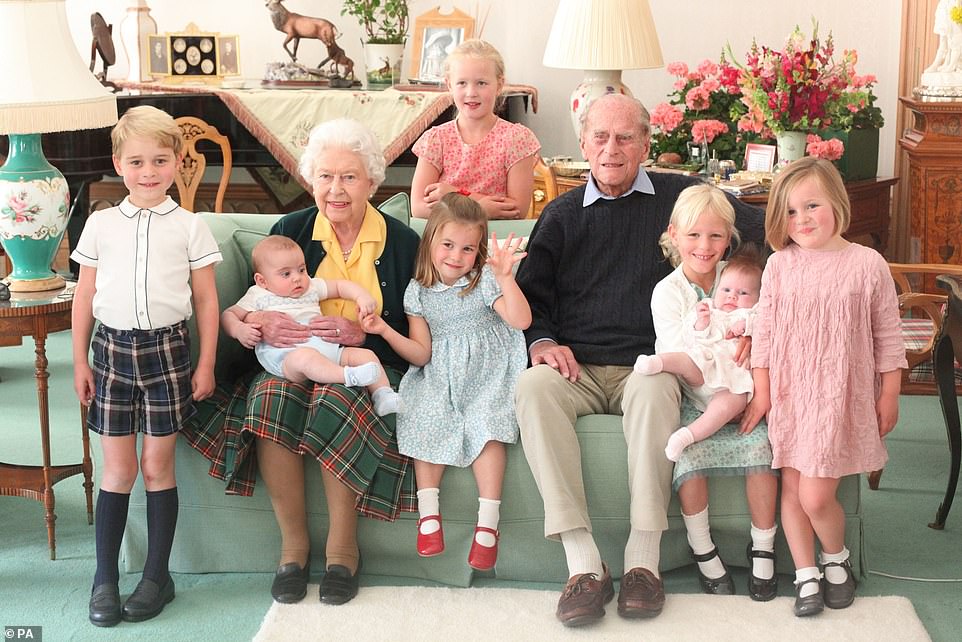 A sentiment echoed by Fergie, whose favourite quote is the ancient proverb: ‘The scent of a rose given stays with the giver.’

Fergie, 61, has been seen doing daily drives to Windsor Castle to accompany the Queen on walks around the gardens.

While the Queen has always had a soft spot for her former daughter-in-law, the Duchess’s relationship with the Duke never recovered after a weekend she spent at Balmoral in 1992, which coincided with publication of photos showing her topless by a pool in France as her toes were sucked by ‘financial adviser’ John Bryan.

However, Fergie has paid a touching tribute to the late Duke by planting a magnolia tree in his honour at Royal Lodge, the Windsor residence she and Prince Andrew share.

Today, Fergie will watch the funeral on TV, while just up the road her ex-husband and daughters are among the intimate group of 30 mourners.

It will be a bittersweet moment for Fergie, who might note: ‘If you enjoy the fragrance of a rose, you must accept the thorns which it bears.’