NBC’s latest sci-fi drama series Reverie, which premieres on May 30, paints a picture of a Black Mirror-esque future where people can escape from reality into VR-induced dreams of their own choosing. Sounds pretty blissful, right? The only problem is waking up. The company that creates these dream experiences, Reverie, decides to hire former hostage negotiator Mara Kint (played by Sarah Shahi) in order to slip into people’s subconscious states and convince them to wake up from their fantasies and return to reality before it’s too late. But is Mara Kint based on a real person? The character and the Inception-style dreaming-jumping part of her job are pure fiction, but hostage negotiators are very real, indeed.

In an interview with SyFy, Sarah Shahi explained that she and Mara Kint share a particularly special connection. "I put a lot of my own experiences into her," Shahi said. "I mean, of all the projects that I’ve done, this one became very personal to me in a way that the others never were." Shahi revealed that she received the script for Reverie after her father’s passing, and thus felt a strong emotional pull to play this character, who was also going through a difficult time. "Reverie was one of those pieces that I read and I felt like I was the perfect person to play it. [Mara] was so broken, she was trying to overcome the loss of her sister and her niece. She was being haunted by them throughout the series."

One of the promos for Reverie highlights Mara’s role in the show as "The Healer," and indicates that her job is to bring people back from the brink of their own subconscious. The official synopsis describes her as "a former hostage negotiator and expert on human behavior, who became a college professor after facing an unimaginable personal tragedy." Her former boss, played by Dennis Haysbert, hires her for her skills in hostage negotiation in order to save the innocent people that are unable to return from their Reveries.

A crisis negotiator might be a better term for what it is that Kint does at Reverie, as it doesn’t appear that the people she is attempting to rescue are being held hostage per se, but rather, are falling victim to their own escapist subconscious. 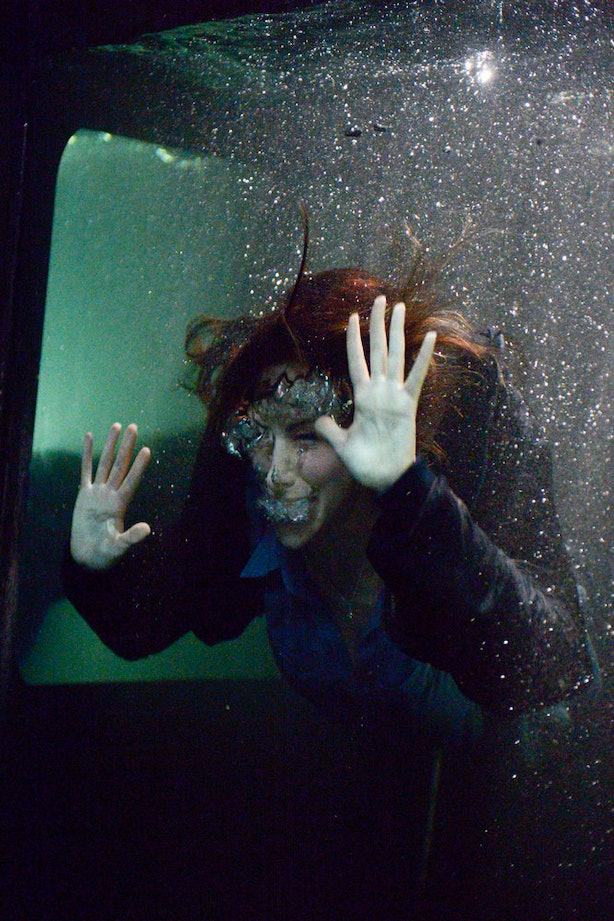 New York Police Lt. Chris Zimmerman is the commander of the NYPD’s hostage negotiation team. In an interview with CNN, he explained that the job of a hostage negotiator is to be there to protect human life when it is at its most vulnerable. "We’re getting called when people are at their worst moments," he said. "We’re there until the job ends — whether it be 20 minutes or 20 hours. At the end of the day, it all comes down to human life. It’s all about helping somebody who is in crisis."

When it comes to negotiating crises, there’s an established set of rules that the professionals use to get things done. The FBI developed something called the Behavorial Change Stairway Model, which has five steps for getting another party to understand your point of view and alter their behavior. Former head of FBI international hostage negotiation, Chris Voss, told interviewer Eric Barker of Time that most people tend to ignore emotions when they’re trying to negotiate. This is a crucial mistake. Voss explained,

So while Mara Kint and the high-tech dream-manipulation of Reverie aren’t 100 percent real, that doesn’t mean that the show doesn’t take just as much inspiration from real life as from science fiction. If a company like Reverie did exist, then a highly trained hostage negotiator like Mara Kint would be a VIP on the payroll in order to help keep vulnerable innocents safe.