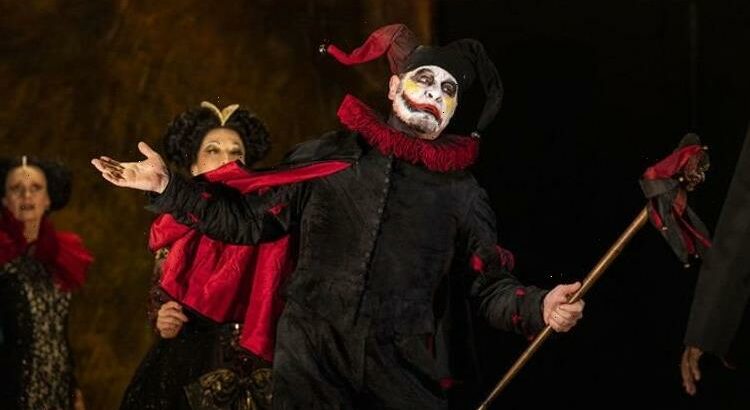 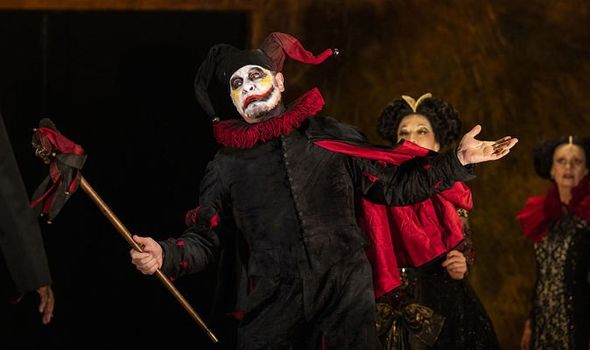 The occasion demanded something special and this new production of Rigoletto delivered the goods perfectly. Oliver Mears, the new overall Director of Opera at the ROH, delivered a confident and highly effective display of what a good director ought to bring to a classic such as this.

All too often, even at the ROH, we have seen directors trying too hard to bring something different to an opera, rather spoiling the original intentions of the composer and librettist by imposing too much of their viewpoint into it.

Mears gave us plenty to look at and think about, but the effect was to emphasize and enhance the original rather than distract from it.

The plot of this opera is violent and tragic. Rigoletto is the jester at the court of the Duke of Mantua. The Duke is a misogynistic womaniser, given to seducing the wives of his courtiers, then tiring of them and moving on to another woman.

There is an even more violent side to his nature too, as Mears displays in gruesome fashion when the Duke blinds Count Monterone for saying something that offended him.

Monterone responds by cursing both the Duke and Rigoletto, who had mocked him, and the fulfilment of this curse is the theme of the rest of the opera.

Despite his job as a comic, Rigoletto also has an unpleasant character. The only tenderness in his life is the love he has for his daughter Gilda.

However, his heart may be in the right place as far as Gilda is concerned, but his parenting skills leave a lot to be desired as he keeps her shut at home to protect her from the cruel world outside, only letting her out on Sundays to go to church.

That’s where she meets the evil Duke, who is disguised as a penniless student, and she falls in love with him.

To complicate matters, the Duke’s courtiers discover that Rigoletto is harbouring a beautiful young woman, who they assume is his mistress, so to play a trick on him, they kidnap her.

This ends with the Duke seducing Gilda and Rigoletto commissioning the assassin Sparafucile to kill the Duke. Of course, it all goes wrong and if you don’t know the ending, you really should go and see it.

Quite apart from the gripping plot, great staging, including a terrific storm scene where flashes of lightning seem to come from all parts of the auditorium, and Verdi’s magnificent music, superbly played by the ROH Orchestra conducted superbly by Antonio Pappano, we are treated to some stunningly good singing.

The real star of the evening, however, was Cuban-American soprano Lisette Oropesa whose show-stopping solo arias were stunningly good and her duets with the Duke and Rigoletto were almost equally impressive.

The applause from the audience at the end was as thunderous as the storm of the final act, and it was not just in appreciation of the fact that the ROH was at last playing to a full house.

This was a terrific performance of a fine production of a great opera. Welcome back, Royal Opera.