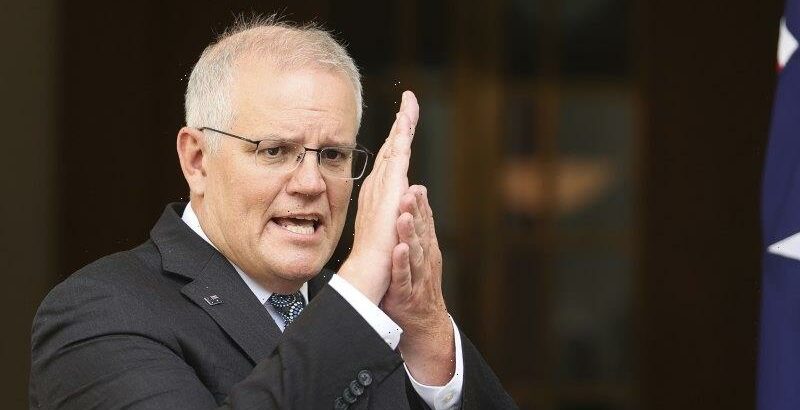 “We also agreed today to remove the requirement for a PCR test to confirm a positive rapid antigen test result,” he said. 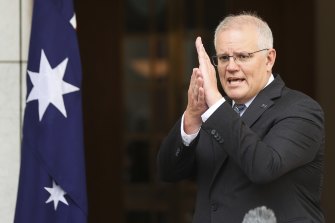 The federal government had already announced a move away from PCR tests, as queues for tests stretched around the country and laboratory processing blew out to more than a week in some instances.

The change would take pressure off testing lines, Morrison said. But by removing the requirement for close contacts to receive an official PCR diagnosis, the country’s leaders were also signalling a new phase of the pandemic.

Across the country, case numbers are higher than ever. On Friday more than 78,000 cases were confirmed, another record that is expected to be broken yet again in coming days. It’s also far below what experts believe is the actual situation as many jurisdictions have already started relying on rapid antigen test confirmation.

Professor Catherine Bennett, chair of epidemiology at Deakin University’s health faculty, says the country was already changing the way it handled the pandemic, but Omicron was an unexpected twist to that transition.

“Delta was the end of COVID zero. And I think Omicron just pushes us down this path even faster,” she says.

The federal government is keen to keep things moving.

The immediate focus is rapid antigen tests, ensuring pharmacists can hand out tests to the 6.6 million Australians eligible for free “peace of mind” tests in the next two weeks, as well as ensuring all states and territories have the supplies to reduce lines at testing facilities and move through results faster.

A source with knowledge of the government’s plans says next up will be children – ensuring they get vaccinated, starting from Monday, and ensuring schools open and stay open at the start of term 1.

“We’re willing to go hardline on this,” the source says. “We want schools to stay open, to make sure classes don’t shut down if there’s one case there.”

The last thing to address in the national reopening plan is the international border, with inbound and outbound travel still seriously restricted. The government source says that will be addressed in the coming months, but Omicron had been a game-changer for travel.

“It will hasten international travel, it’s the last cab off the rank,” the source says.

States and territories are working on living with COVID even as cases continue to rise, including working on systems to collect rapid antigen results as more jurisdictions move away from requiring PCR diagnosis of cases.

University of Melbourne professorial fellow in epidemiology, Tony Blakely, says the country doesn’t need to collect all positive rapid antigen test results for Omicron, but it would be useful to get such services up and running for the future in the face of more serious variants.

“We need systems for the future. We have no idea what variant is coming at us after Omicron,” he says. 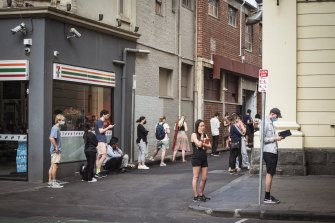 Omicron is milder than Delta, Commonwealth Chief Medical Officer Professor Paul Kelly confirmed this week. He said that means healthcare systems would be able to cope with rapidly rising cases.

“It is an issue for health care workers, I’m not denying that, but we have plenty of spare capacity. We have surge plans in place, we’ve had them since the beginning of the pandemic and they were reinforced recently … to be prepared for exactly this sort of scenario.”

Despite Professor Kelly’s assurances, there are clear signs health systems are under strain. As has occurred numerous times over the past two years, reopening has not been a simple path forward.

In NSW, where hospitalisations are predicted to exceed 4500, new restrictions come into force on Saturday including the banning of singing and dancing in pubs and nightclubs. Health authorities will reassess upcoming major events and non-urgent surgeries will be suspended until mid-February to ease pressure on the health system.

Australian Medical Association President Dr Omar Khorshid says hospital systems and GPs are already in a dire situation with tired and overworked staff forced to work harder as hundreds are furloughed due to being close contacts or contracting the virus.

“We don’t know where and when the peak is going to come. If it’s in a few days, it’ll be tough, but we’ll cope,” he says.

If the Omicron wave takes a few more weeks to peak, as predicted by many experts, he says the whole health system and other essential services including food delivery and supply chain distribution will collapse.

“If we get anywhere near the latter scenario, then lockdowns are in our future,” he says. “The government is absolutely opposed to it, they won’t do it unless they’re forced to. But if we can’t turn this curve around, soon, it will be the only tool left to them to try and keep the population safe and the economy working.”

Isolation for positive cases has already dropped to seven days, but the government source says that will narrow further, down to five or even three days in coming weeks to help ease pressure on health workforces and supermarket supply chains.

“That’s the ticket out of the employment crunch,” the source says. “It might go to three days for those who have had [COVID-10], and it might happen sooner than you think.”

Opposition Leader Anthony Albanese, in Cairns on Friday, said the federal government had waited too long to order rapid antigen tests, and its lack of action to slow the spread of Omicron was hurting the country.

“The cost of inaction from this government is that supermarket shelves are being left empty, is that businesses are closing, is that workers are unable to go to work,” he said.

“People in the health sector, who’ve been working day in, day out now for two years of this crisis deserve better than the sort of pressure that they are under because of shortages in the workforce. That is the price that Australians are paying for Scott Morrison’s lack of action.”

Dr Khorshid says at the moment COVID-19 patients are treated differently in hospital, requiring more staff and more protective equipment even if they’ve been admitted for a broken leg, or appendicitis rather than the virus. But in the future, hospitals may have to simply let the virus circulate to conserve resources.

GPs will bear the brunt of coronavirus treatment this year but are also caught in a perfect storm, dealing with staff shortages while running vaccination clinics for boosters and soon children, while preparing to treat thousands of COVID-19 infections.

Dr Khorshid says the fear is this will push more patients into hospital who could otherwise be treated by their local doctor.

“The way things are going, it’s going to be hard to reassure Australians that our healthcare system is going to be able to be there for them when they need it,” he says.

The federal government has repeatedly touted booster shots as the key to preventing a repeat of either the Omicron or Delta waves of the pandemic.

“Boosters will be a very important part of the response to this particular wave,” Professor Kelly said on Wednesday.

By the end of January 16.1 million people will have become eligible for third doses, and so far 3.2 million have been administered.

“Those people move up to something like 70 per cent less chance of getting infected within a couple of weeks after being boosted,” Professor Blakely says, adding the combination of boosters plus the fact that millions of Australians will have had Omicron by the time it subsides means the country will be “very resilient” against future strains.

That is what the federal government is banking on. It is also working on the assumption – shared by many virology and epidemiology experts – that future variants will become less serious as the pandemic wears on.

Ultimately, Professor Bennett says, the country will move to treating COVID-19 like influenza: testing people who have been admitted to hospital with symptoms so they can be prescribed the right treatments, or testing people through general practices that are part of the national sentinel surveillance system.

“That way we will know when numbers are going up in the community when the coronavirus season has started, and then if they test positive they’ll take a proper swab, and we can see what variants are circulating,” she says.

When exactly that move towards surveillance will happen is unclear, and Omicron is going to be far from the last strain to circulate around the world.

As the Prime Minister said earlier in the week, the coronavirus writes its own rules.

“It writes its own story. We don’t get to write that story as to what it does. We only get to write our responses,” he said.