There are moguls and then there are moguls. Today, news broke that Rihanna is reportedly launching a luxury fashion line, so if there was ever any doubt that total domination is what the multi-hyphenate is after it’s officially been shut down completely. As reported by WWD, Rihanna has plans to found a fashion house under her name with LVMH, aka the biggest luxury group in the world, as her partner. Seeing as the conglomerate owns brands including Louis Vuitton, Celine, Loewe, Fendi, Christian Dior, Givenchy, and Marc Jacobs, it’s more than in their power to help one of the most influential women in the world form her own label.

Before getting into further detail, it’s important to note that while WWD is an extremely reputable source, this news all comes from unidentified sources; neither Rihanna nor LVMH have confirmed the reported line. Nonetheless, if the house were to come to fruition, it would be the first brand LVMH has launched from the ground up since 1987, when Christian Lacroix came onto the scene. In other words, it would be a very, very big deal but in light of all of Rihanna’s incredibly successful fashion ventures to date, it would likely also be a very smart one. 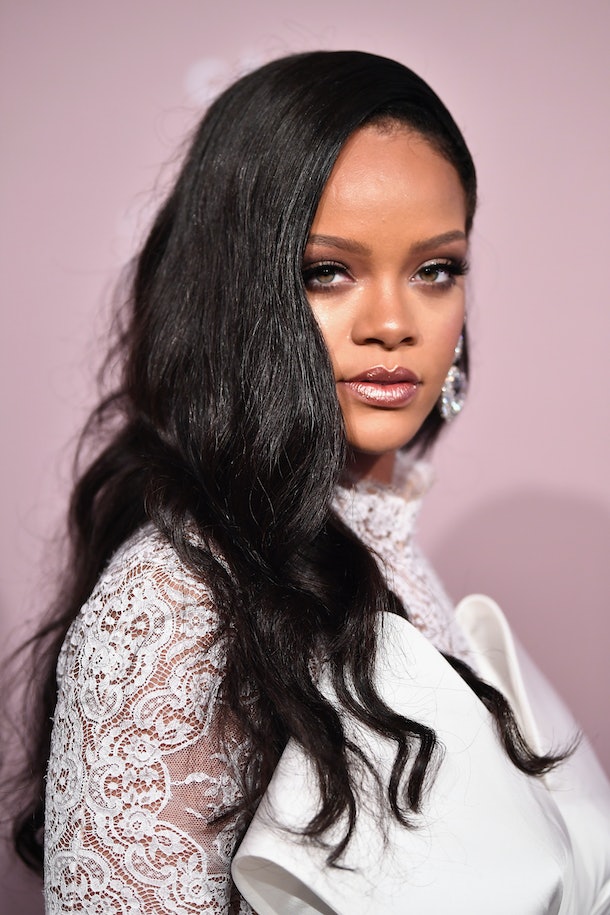 Of course, Rihanna’s music career needs to reviewing. But while making records and starting record companies she also somehow managed to serve as the creative director of Puma and subsequently establish her Fenty Puma line; launch her own groundbreaking multi-million dollar beauty company, Fenty Beauty; and establish her line of inclusive lingerie, Savage X Fenty. Everything the woman touches seems to be haloed with lucrative success and seeing as she’s cemented herself as one of the most exciting, invested, and aware fashion diehards, it makes sense that launching a more serious luxury brand would be her next move. You only need to look at some of the looks she’s worn over the years to see that when it comes to style, she knows what she’s doing and is at the cutting edge of the scene. I, for one, would be on the edge of my seat to see what she’d create with creative freedom. 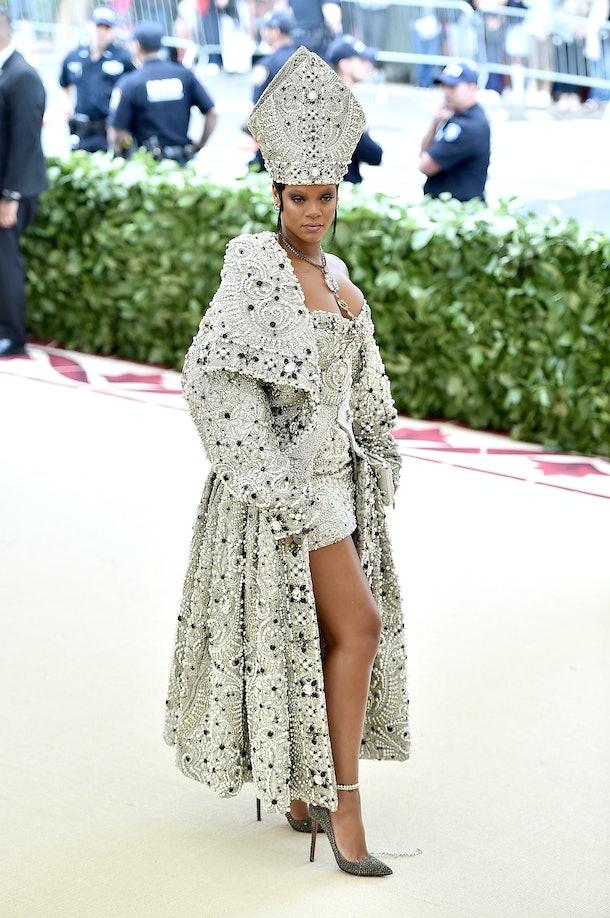 As WWD writes, "It is understood her collection with LVMH will span ready-to-wear, leather goods and accessories, and could be released in tandem with her ninth album, expected out sometime later this year, one source said." So not only could we be getting a new Riri album (it’s been confirmed to drop this year, though little is known about it), but Riri clothing, bags, shoes, jewelry, sunglasses, and more, as well in 2019? I think this might be the best year ever. 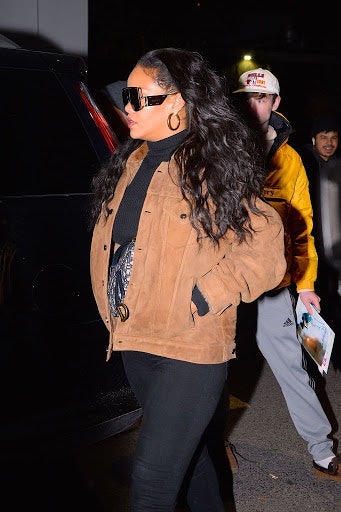 The news of the reported launch comes on the heels of Rihanna stepping out in New York wearing glasses with "FENTY" emblazoned on their sides. Twitter fans immediately jumped to the conclusion that Rihanna must be launching a collection of eyewear (she often test drives new products before making them available to the masses), although this rumor has not been confirmed either. Could they perhaps be part of the supposed upcoming luxury house’s first collection? Only time will tell.