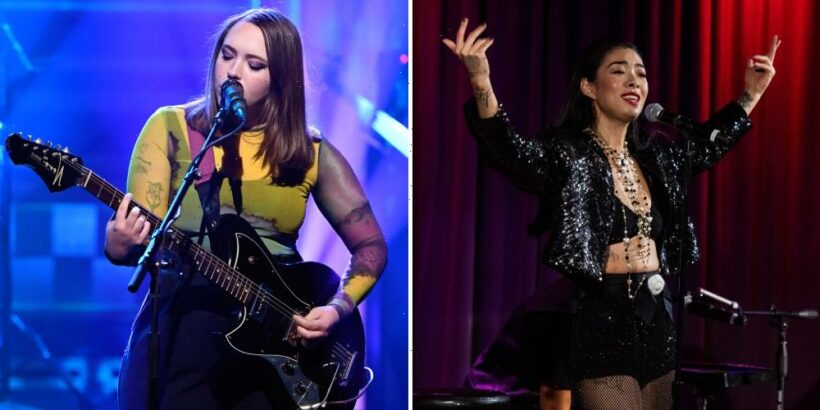 Fans can enter the #iVoted Early Sweepstakes starting Sept. 26 by submitting a selfie from outside their nearest polling place or at home with a blank and unmarked ballot. All entries are automatically RSVP’d for #iVoted Festival’s election night webcast featuring over 400 artists including Run the Jewels (Holy Calamavote TV concert rebroadcast), Lake Street Dive, CNCO, Rise Against, Carl Craig, Umphrey’s McGee and more.

“AEG Presents has always defined taste and led from the forefront with cutting edge artists, talent and shows. Their election night concerts are no exception,” said Emily White, #iVoted founder and CEO, in a press release. “We’re ecstatic to partner and drive fans to the polls this election season just as early and absentee voting gets underway.

Additional AEG shows include Silversun Pickups, Barns Courtney, Mezerg, Chris Renzema, Tigers Jaw, Russian Circles, Rumors of Fleetwood Mac, Petey, and Cannibal Corpse. This annoucnement comes just as #iVoted added over 120 arena and theater shows with ASM Global as part of the sweepstakes. A list of all the participating concerts can be found on the #iVoted website.

Underage fans can still enter the sweepstakes by letting the non-partisan voter turnout group know what election they will be 18 for and why they’re excited to vote. Non-U.S. residents and other ineligible voters can RSVP to #iVoted Festival 2022 by writing in which artist they’re most excited to check out.

Adds AEG Presents’ executive VP/COO/General Counsel Shawn Trell, “Our business is built upon creating a sense of community. Using the strength of our platform to drive voter turnout and engagement is a natural fit for us.”

Various artists have been offering concert tickets as prizes to incentivize voter turnout in the upcoming midterm elections. Among them are Alicia Keys and Brandi Carlile for Live Nation’s When All Women Vote campaign and Kehlani, who partnered with non-profit organizations HeadCount and Up to Us.