CHANCELLOR Rishi Sunak is rumoured to be considering a raid on pensions and investments that could cost pension savers up to £122billion.

At 12:30pm today, the Chancellor is set to outline how taxpayer's cash will be spent in the government's Spending Review. 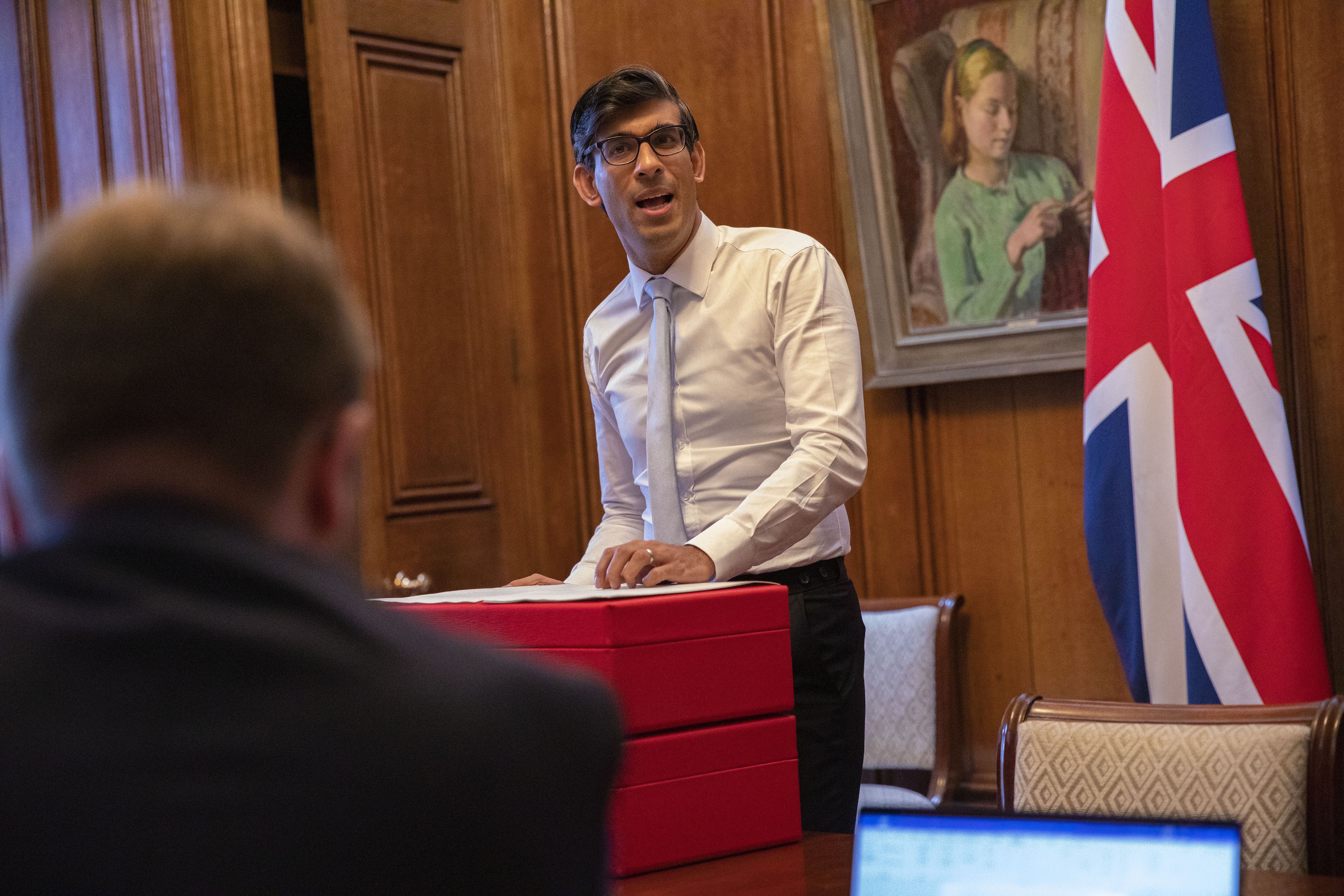 But experts are warning that the UK's pensions savers will pay the price, and could lose out on billions of pounds.

What is RPI and how does it affect my finances?

Because the measures are calculated differently, CPIH tends to be about 0.8% lower than RPI.

Different financial products use different measures and which one is chosen can have a significant impact on your finances.

Scrapping RPI – the winners and losers

Sarah Coles, personal finance analyst at Hargreaves Lansdown lays out the biggest winners and losers from a switch to CPI

The government itself uses the measures in lots of different ways – often linking the things we pay for, such as rail prices and alcohol duty, to the higher RPI measure.

Tom Selby, senior analyst at AJ Bell, said: “The Government has doggedly, and some would say cynically, continued to link things like rail fare increases and student loan repayments to RPI, ensuring a quiet and creeping boost to Treasury coffers."

At the same time, the Treasury tends to link its own spending, for instance on benefits and the state pension, to the lower CPIH calculations.

On paper, that means scrapping the RPI looks like good news, as the cost of everyday items such as train tickets, flight tax, car tax, tobacco and alcohol duty and mobile phone tariffs should all rise more slowly.

But experts are warning that there are significant costs associated with making the switch and that pensions savers will bear the majority of them.

How much will pensions lose if RPI is axed?

The government has calculated that it would save around £900billion from axing the RPI, this takes into account the amount that it will save on pensions and investments as well as the amount it will lose from consumer spending.

Sarah Coles, personal finance specialist at Hargreaves Lansdown said: "This is a horrible blow for pensioners, who will pay the lion’s share of the £900billion cost of this move."

How swapping RPI with CPIH could affect your pension

AJ Bell sets out how a switch from RPI to CPIH would affect someone with a pension worth £20,000 per year

“The impact of linking people’s retirement incomes to a lower inflation measure will be felt over the course of decades.

“However, if instead it rose in line with CPIH at 2%, over the same 30-year retirement they would receive total income of roughly £828,000.

“This means a simple switch from RPI to CPIH could cost someone in this position £119,000 in lost retirement income.”

But experts have calculated that the cost to pensions could be significantly higher.

Estimates published earlier this year by the Association of British Insurers (ABI) suggest the overall negative impact of a switch from RPI to CPIH could be somewhere north of £100 billion.

The hardest hit will be anyone who has a final-salary pension or who has bought an annuity for retirement. These are usually calculated using RPI, which means payments will rise more slowly.

The Pensions Policy Institute has calculated that the move would cost each male, final salary male pensioner £11,000 if the shift happened in 2025. If it was introduced in 2030 then the cost would be 6,000 for each man.

Investors of all kinds could also be impacted if they have index-linked bonds (gilts) that have used RPI – a common feature of many personal and workplace pensions, as well as investment ISAs.

"The hit would not come overnight, however, but rather through a slow grinding down of the real value of people’s pensions and investments."

What to expect in today’s spending review:

What other changes are on the table in the spending review?

Rishi Sunak is also believed to be considering a shift to a flat rate tax on pensions.

However, experts are warning that this could cause severe damage, putting people off pensions saving altogether (see box below).

Pay freezes for teachers and firefighters could be on the cards as the government looks to plug the black hole in the country's finances caused by the coronavirus crisis.

Mr Sunak is also expected to make a decision on whether to extend the temporary boost to Universal Credit announced back in March.

None of these measures have been confirmed yet, so we won't know for sure until the spending review later today.

However, the government has already leaked some of the measures that will be announced this afternoon.

For instance, the chancellor will unveil a three-year programme — the Restart Scheme — to try to assist more than a million long-term unemployed.

There will be a further £1.4billion of funding for Job Centre Plus.

Mr Sunak will also confirm funding for the next stage of his Plan for Jobs, including £1.6billion for the Kickstart programme, which the Treasury says will create up to 250,000 subsidised roles for youngsters.

Rishi Sunak urged to drop changes to how pensions are taxed

CHANCELLOR Rishi Sunak is being urged to ditch proposals to tax pension contributions as if they were income, ahead of the spending review.

The Treasury is said to be considering taxing pension contributions at around 20% to cover the cost of Covid.

This is a shift from the current system, where pensions are currently tax free until you take the money when you retire.

But industry bodies warn the move will push people away from savings, while leading more pensioners into poverty. It will also lead to more charges for businesses – at a time when they can't see more cash go out the door.

Nigel Peaple, director of policy & research at the Pensions and Lifetime Savings Association told The Sun it “believes that more, not less, pension saving is needed so that everyone will have an adequate income in retirement.”

He added: “People are currently not saving enough and removing tax relief will make this position worse.

“Only half of workers are on track to achieve the pensions that the 2006 Pensions Commission considered appropriate.

“Introducing major changes to the retirement saving system undermines confidence in pensions which, given the long-term nature of pension saving, is harmful and counterproductive.

“Adding tax here would essentially be a tax on employers at a time they cannot afford it.

“A further large share goes to support the pensions of public sector workers such as nurses and teachers.

“Cutting tax relief here would result in more cost to the Government’s pay bill if it wants to avoid imposing a pay cut for these workers.”