The robots aren’t coming… They are already here, running our personal lives (thank you, Siri). And advances in artificial intelligence mean they’ll soon be doing virtually everything we can, only better. Should we be worried?

If you’ve ever commanded a plastic tower the size of a Pringles tube to play Ed Sheeran, tweaked your home central heating from the office or bought a product that Amazon recommended, then you’ve had a close encounter with artificial intelligence (AI).

OK, the smarts on display here make your average toddler look like Einstein. But the machines are catching up fast – with the help of some super-bright humans. 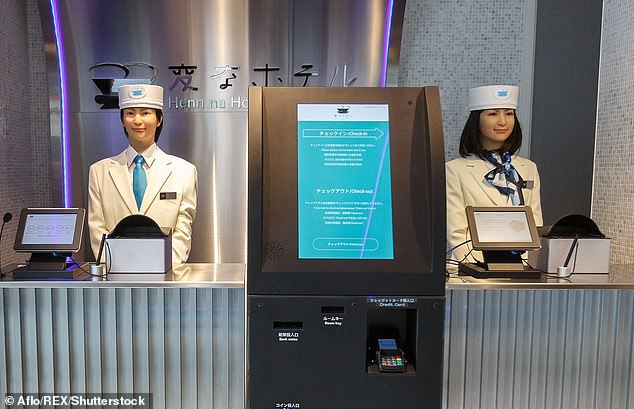 A diminutive, bespectacled, 41-year-old Londoner named Demis Hassabis is a giant in the dizzying world of AI – his two-step mission statement has become a techy classic:

2 Use it to solve everything else.

By ‘everything else’ he means stuff like cancer, climate change and time travel, rather than today’s cryptic crossword. And by ‘solve intelligence’ he means discovering how to make machines smarter – oh-so-much smarter – than humans.

He has a reasonable claim on ultimate success. His company DeepMind – snapped up by Google for a reported £400 million in 2014 – recently created AlphaZero, a computer program that did an amazing thing. After being told the rules of chess – and nothing else – AlphaZero became the most powerful chess player that has ever existed…in just four hours.

Two features of this achievement explain why we should be both awestruck and queasy about the age of machine intelligence. The first is that AlphaZero was entirely self-taught, playing millions of games against itself, figuring out how to win. The second awesome/scary fact is the sheer speed of today’s machines. Because signals in their shiny copper wiring travel one million times faster than thoughts in our sluggish brains, what would occupy one human year takes a computer 30 seconds.

Yes, the machines are about to blow our minds. Hopefully – but not necessarily – in a good way!

Reasons to be excited about artificial intelligence…

Medical advances will be astonishing when AI gets scrubbed up, gowned and on the case. Major diseases will be eradicated; wonder drugs invented; old age and mortality itself will come under serious scrutiny by AI ‘scientists’, who won’t get tired, make mistakes or fall in love with the colleague with the sexy control panel. GPs will have endless time for your woes when they’re super-smart AIs in virtual consulting rooms. And robots will perform more, perhaps all, operations. The surgeon, with nothing to do, will be calling at your bedside to ask if you’ve moved your bowels today. 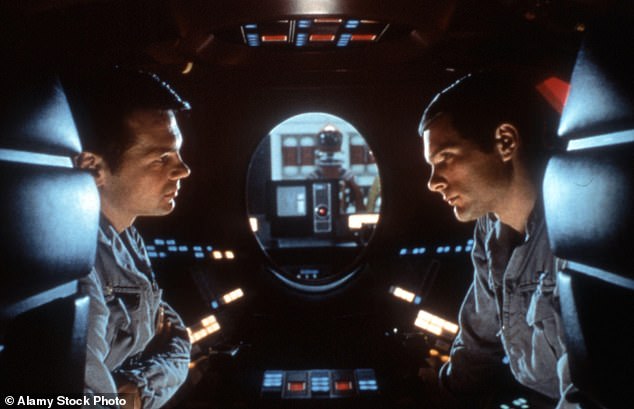 Spaceship computer Hal wreaks hell in 2001: A Space Odyssey. Computers are nibbling away at our superiority with every day that passes 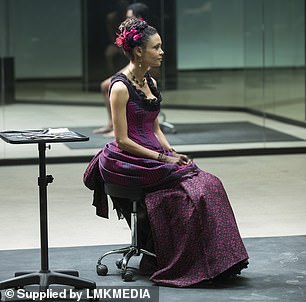 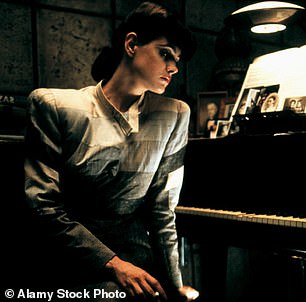 Your house will be your butler

The intelligent stuff in your home will be properly smart. Alexa, Google Assistant, Siri, Cortana and their kind are still basically speech-recognition systems and not yet characters you’d want to get placed next to at dinner. But our devices and appliances will soon be making complex decisions and talking to each other: the dishwasher telling the app on your mobile that you’ve stacked it only 64 per cent efficiently; the phone deciding you’ve had enough bad news for one week and keeping it to itself. That’s good, isn’t it?

Work won’t be boring any more!

AI promises an end to human drudgery. Gone will be jobs such as driving, selling houses, reading legal documents, teaching children and writing magazine articles. Machines will do all that. And they’ll never get bored, drink out of your mug or get legless at the office party and snog Gavin from accounts. Just like the lamplighters and bobbin boys of history, whole careers will disappear and in their place will rise entirely new professions such as driverless car designer, psychotherapist for robots and ‘lawyer actress whatever’. Millions will be freed from what Philip Larkin called ‘the toad’ work to concentrate on having fun.

Leisure will be mind expanding

AI will revolutionise VR – virtual reality – which is still mainly for teenage boys who enjoy wearing a headset and blowing things to bits. Once AI has sorted out the problem of jerky pictures and the dizziness users experience when they turn their heads too fast, VR is set to kill conventional telly as most people will prefer to have adventures in magical lands. Mary Berry and Simon Cowell may survive as faces glimpsed on a virtual TV, in a virtual bar, where you have dropped in with your good friends George Clooney and Michelle Obama after many happy hours together exploring the Amazon rainforest. Huw Edwards, on the next barstool, will tell you the evening news over ‘cocktails’.

People will come to prefer VR to RR (real reality) and you have to say WWT (why wouldn’t they)?

No one will be lonely

While AI develops a cure for Alzheimer’s and other forms of dementia, there will be a huge market for an intelligent in-ear assistant able to whisper all manner of helpful hints and tips to wearers, such as: ‘This is your grandson, Josh’; ‘The solution to 12 down is watercress’, or ‘Have you remembered to take your pill?’ Socially isolated younger people will find a sensitive and sympathetic digital companion with whom to discuss their worries or just hang out. And, of course – young or old – the AI ‘buddies’ will be brilliant at matchmaking. You think you’ll never find someone who shares your love of tap dancing, Norse poetry and the music of Iron Maiden? Meet Alex B from Gidea Park!

We will discover ‘the meaning of life’

If an AI device can become a top chess player in almost the time it takes to watch Titanic, imagine what it could do with really tricky problems such as where did the universe come from? Is the human soul immortal? Or, once and for all, where is Wally? 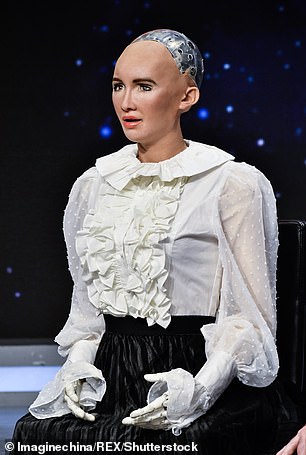 Meet Saudi Arabian-made humanoid Sophia, the first robot in the world to be granted citizenship

AI will end human suffering and take us to the stars and beyond. It will solve the ‘unknown unknowns’ leaving us to wonder – for all their brilliance and all our relative stupidity – why they still (fingers crossed) seem to like having us around.

And reasons to be terrified

Well? Someone’s got to say it. After all, why wouldn’t they, with our pollution, wars, ignorance and chaos? And you can forget about programming in some kind of nonsense about not harming humans; they’d outsmart that in a heartbeat. Thinking outside the box is easy when you are a box!

Our best hope is that they develop a fondness for us, perhaps based on stuff only we can do and they (we must pray) can never emulate. Like the pleasure of feeling the wind in one’s hair. Of having hair. Or the smell of a baby’s head. Sex, chocolate, wine. How about (gulp) love?

There will be a crisis of uselessness

Computers are nibbling away at our superiority with every day that passes. What will it do to us psychologically when machines are smarter at everything? The machine at which I’m typing can already spell better than me and will soon do a better job of choosing the actual words. Your car will be a safer driver; your toothbrush a virtual dentist. Why bother learning French when your mobile’s Bluetooth earpiece will tell you that the waiter is saying they’ve run out of bouillabaisse.

With nothing left to excel at, millions will retreat into virtual reality, engaging in pornographic fantasies or immersive renderings of Midsomer Murders, according to their settings.

They are already smarter than us

An AI is watching Wimbledon. Djokovic’s serve feels like it takes four days to reach Federer’s racket! This shocking imbalance between their timescale and ours has profound implications. It means when AI robots design and build themselves – they have already started! – each new improvement will take just seconds. In minutes they will make the equivalent journey from Joey Essex to Professor Brian Cox. And when they are finally as smart as humans – maybe an hour or so later – they won’t tell us! Why would they? The clue is in the letter I.

We just won’t matter any more

Things will get really complicated when the machines are cleverer than us. Finding themselves in a world they did not create, running at speeds we can barely comprehend, they may feel about humans roughly the same way we feel about ants. Or trees. Perhaps they’ll develop consciousness and puzzle – as do we – how invisible stuff like ‘thoughts’ can arise in squiggles of physical circuitry. They may wonder whether we too have thoughts. Human scientists recently discovered that trees communicate with one another via their roots. It doesn’t stop us turning them into furniture. Humans may not be as useful to super-intelligent AIs. It’s hard to decide if this is good or bad news! 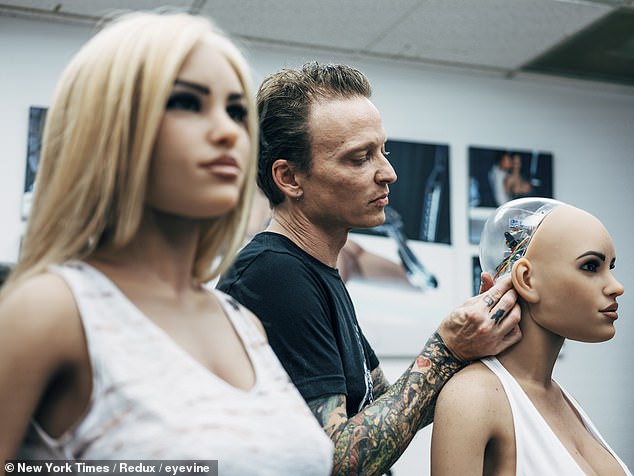 It may already be too late!

Nick Bostrom, founder of Oxford’s Future of Humanity Institute – the academic body with the world’s scariest title – says we need to make AI safe before making it super-smart. Not for nothing is AI called ‘mankind’s last invention’. He also says our best strategy is to create super-intelligent machines that share our values, so that when – not if – it escapes from the lab, it’s still fundamentally ‘on our side’.

And that’s it. That’s the best we can hope for, says the top man in threats to civilisation. That the machines will have a warm and fuzzy feeling about us. Reassuring, isn’t it?

Keep calm and carry on

I can’t think of a sixth reason to be frightened. But, don’t worry, the AIs will. They will think of stuff we cannot imagine. Scientists disagree on when we need to start panicking about all this – most regard 2075 as a reasonable guess. So we can relax. For now.