In my book, there are lots of things that constitute a real gentleman. For example, I’m thinking of a dude who holds open the car door, pays for a first date, always texts or calls the day after, isn’t afraid to talk on the phone, holds your hair back while you puke and, finally (and perhaps most importantly), goes down on you. According to a 2015 interview that recently resurfaced, DJ Khaled doesn’t quite agree with me on that last point. And The Rock’s reaction to DJ Khaled’s bold statement is absolutely perfect.

Before we get into how The Rock flawlessly managed to clap back, let me give you some back-story on this bold statement DJ Khaled made during his 2015 appearance on the radio show The Breakfast Club. The clip starts off with him sharing his firm belief that men are superior to women and deserve to be praised:

After that BOLD and high-key offensive statement, the host asked DJ Khaled if he goes down on women… to which he alarmingly responded, "Nahhh. Never! I don’t do that."

OH, but don’t you worry! He still expects his bae to be going down on him whenever he beckons her. "It’s different rules for men. You gotta understand, we the king," he explained. "There’s some things that y’all might not wanna do, but it got to get done. I just can’t do what you want me to do. I just can’t."

For those of you who are wondering, against all odds, DJ Khaled has managed to maintain a long-term relationship with his partner of 11 years, Nicole Tuck. Yes, she’s the mother to his adorable son Asahd and, beyond that, she actually has a BFA from Marymount Manhattan College and a masters from Fordham University. 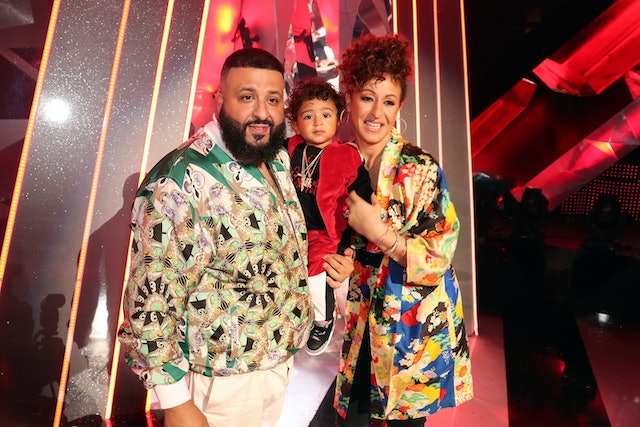 I guess all I’m saying is that I just miss the DJ Khaled who yelled his name at the beginning of songs and showed me his beautiful plants on Snapchat. RIP to that lovable dude.

Needless to say, people all over social media are responding to this totally ridiculous statement.

I mean, let’s face it, all he’s basically saying is that he has literally no game. Another person tweeted:

Even The Rock solidified his spot as one of the sexiest men on the planet by responding:

As if we didn’t already know The Rock’s girlfriend Lauren Hashian was one of the luckiest people in the world. What a guy.