It’s not easy being the new kid on a mile-a-minute, did-that-just-happen primetime drama, but Rome Flynn, the latest addition to How To Get Away With Murder, is taking it all in stride. His character, Gabriel Maddox, was introduced at the end of Season 4, and, fitting in with the themes of the show, he’s shrouded in mystery. In a phone call with Bustle, former soap star and Emmy-winner Flynn said not to expect answers just yet. “It’s going to be a slow burner,” he jokes.

Gabriel is a new college student in lawyer extraordinaire Annalise Keating’s class, but there’s more to him than meets the eye. At the end of Season 4, Annalise’s henchman Frank saw Gabriel and made a phone call to someone remarking that Gabriel was here and he was "hers." Who is "her?" Where did he come from? What does Gabriel want? Is he Bonnie’s illegitimate child that she thought died at birth? The Internet is awash in potential situations for Gabriel, ranging from the wild (like, Gabriel is actually the now-deceased Wes who isn’t dead and had plastic surgery) to possibly plausible (like, Gabriel is Wes’ brother coming to avenge his father’s death). Flynn mostly laughs the theories off.

“That’s hilarious. Damn, that would be… interesting, wouldn’t it? Here’s the thing — I don’t know! And I like it that way, so if I come back as a Wes zombie, and it’s the apocalypse or something, that’s just what it will be,” he says. “But for now, Gabriel is a college student. He has certain viewpoints and I feel like Annalise and the agenda that he is trying to accomplish is along the lines of… they’re like-minded. That’s where we are right now.” 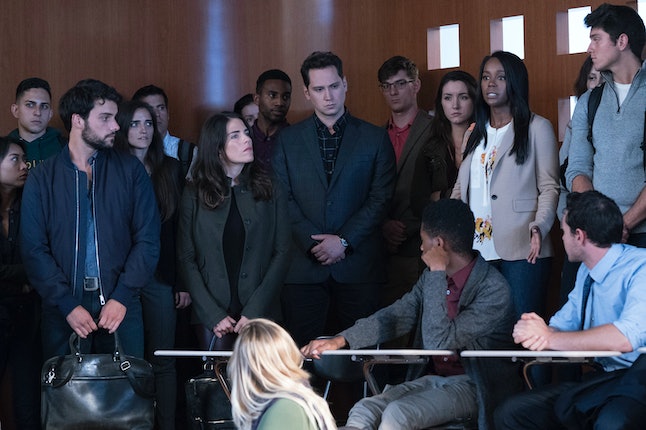 Annalise is known for being strong-willed and strong-tongued, and it seems, just from what we’ve seen from Gabriel, that he could fit into the same vein. Could they be the lawyered-up pairing we didn’t know we needed? Flynn seems to think so.

“It’s gonna be a relationship that’s going to be different than the ones she’s had before… not based on anything deeper than the fact that Gabriel resembles her in terms of the way that he fights for what he believes in, and I think [Annalise] notices that in him,” Flynn says. “There’s something admirable about that. The relationship between them is unknown at this point… I just think that it’s a hurricane in a bottle, and at some point, something’s going to happen. It’s gonna be powerful.”

Anyone who’s watched How To Get Away With Murder before knows how Annalise tends to pick pets to cultivate (although Wes was the last one, and look how that turned out). If her relationship with Gabriel, the new guy, flourishes, how will the rest of the Keating 4 feel? It might take some time for Gabriel to win them over, says Flynn. 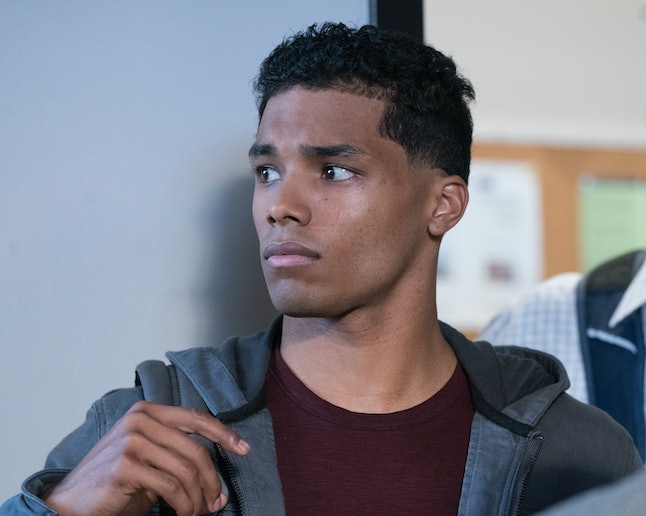 “I think that the mystery is whether or not they think that Gabriel is a threat or not. And I think that anyone that’s gonna try to come in and be involved with the Keating 5 or the Keating 4, it’s going to be an issue because they’re really close,” Flynn says. “Whether Gabriel knows that or not, they’re going to speculate.” Gabriel is the Pandora’s box of Season 5 — once we open it, we won’t know what we can’t put back in. According to Flynn, though, it may be a while — by design — until we know Gabriel’s background and reasoning for transferring to Middleton.

“The great thing about [showrunner Pete Nowalk] and all of the How To Get Away With Murder writers is that they do well with character development, and a lot of times, they’ll work the character in the scenes and let you speculate,” Flynn says. “They write it in a way so that you don’t know anything right away…. You have an opinion before you know where he comes from.”

Flynn isn’t nervous about the uncertainty that surrounds his character. “It’s exhilarating to say the least,” Flynn says. “It’s also a lot of pressure. I’ve just been taking it day by day.” While Gabriel is a man with a plan (and How To Get Away With Murder is always dark and twisty ride), Flynn seems fine with just going along for the ride.