THE Royal Mint has released three new 50p coins featuring dinosaurs for the first time ever, and they could be worth several hundred pounds.

The coins feature three different dinosaurs, including the Megalosaurus, the Iguanodon and the Hylaeosaurus. 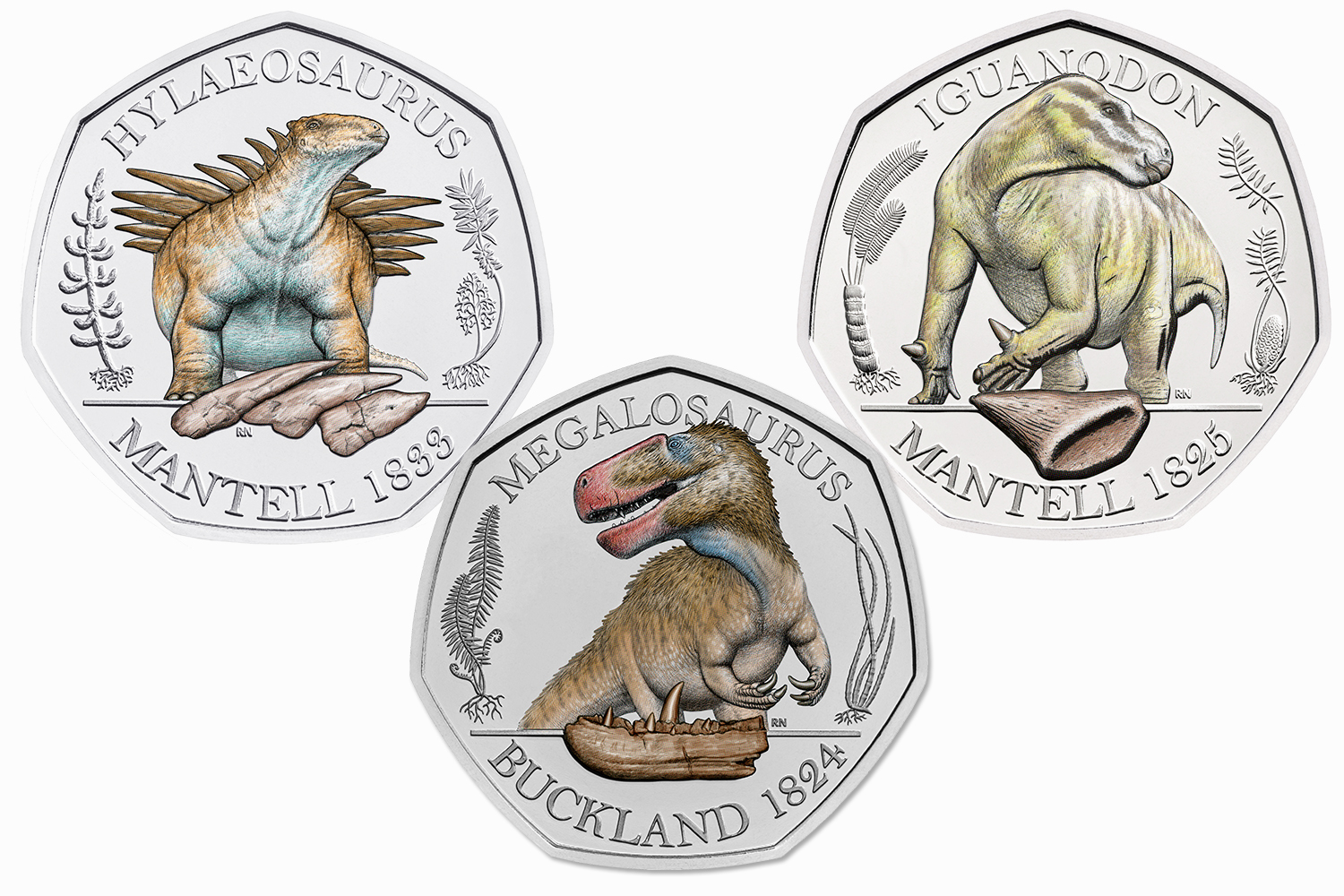 They've been designed by palaeontologists at the Natural History Museum to create an accurate reconstruction of the dinosaurs and the environment they lived in for more than 160million years.

The coins are only being released a collectors items, so it's unlikely that they'll end up in your spare change.

The Megalosaurus coin can be snapped up on the Royal Mint website from today, while the other two coins are launching in March and April respectively.

The prices start at £10 for the brilliant uncirculated coin, which will be available in an unlimited quantity.

What are the different types of coin?

THESE are the coins you can see from the Royal Mint:

The Royal Mint is also releasing 50,000 coloured versions of the coin at £20 each, which will feature augmented reality technology for the first time ever.

Coin owners who download the free Royal Mint Activate app can scan the coin and see facts and diagrams about the creature.

Colin Bellamy of Coin Hunter couldn't say how much the dinosaur coins could be worth, but reckons the coloured brilliant uncirculated coin will be worth the most.

He told The Sun: "The coin will be the first from The Royal Mint to be made available as Brilliant Uncirculated colour.

"This base metal colour coin is much more affordable at £20 and the 50,000 limit could well sell out.

"This is the coin that could well increase in value, especially as it is the first coin in a set of three."

Is your small change worth a fortune?

IF you think that you might have a rare coin then you might be able to make a real mint.

The most valuable coins are usually those with a low mintage or an error.

These are often deemed the most valuable by collectors.

You should check how much the coin is selling for on eBay.

Search the full name of the coin, select the "sold" listing and then toggle the search to "highest value".

It will give you an idea of the amount of money that the coin is going for.

You can either choose to sell the coin on eBay or through a specialist such as ChangeChecker.org.

If you choose the auction website then remember to set a minimum price that is higher or at the very least equal to the face value of the coin.

Even if your coin “sells” on eBay for a high price there’s no guarantee that the buyer will cough up.

It its terms and conditions, the auction website states that bidders enter a “legally binding contract to purchase an item”, but there’s no way to enforce this rule in reality.

The most eBay can do is add a note to their account for the unpaid item or remove their ability to bid and buy.

Rachel Hooper of Changechecker said: "We expect these coins to be very popular with collectors, especially considering this is the first time ever dinosaurs have featured on a UK coin.

"Looking back at the popularity of previous 50p series such as the 2012 Olympic 50ps and the Beatrix Potter coins from 2016, 2017 and 2018, we would expect demand for these new coins to be high as collectors look to add all three to their collection."

If the coins rise in value similar to the Beatrix Potter designs, they could be worth several hundred of pounds down the line.

The Royal Mint also revealed that Team GB and the 75th anniversary of VE Day are to be commemorated on coins this year.