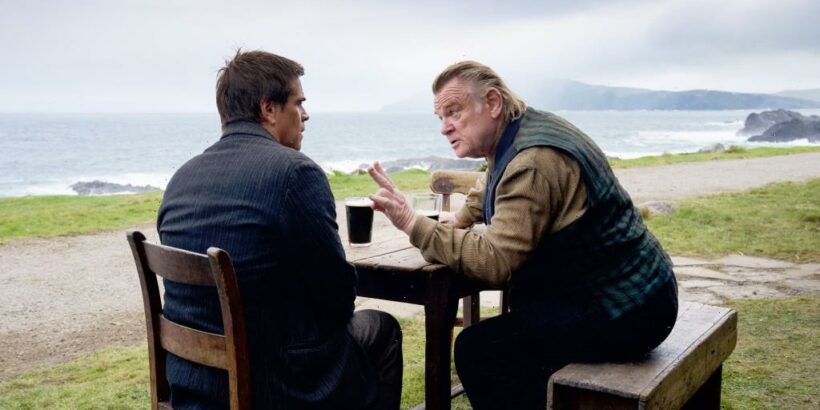 San Diego? Yes, planting that sequence of film fests in the minds of the industry is the lofty goal of Tonya Mantooth, CEO and artistic director of the San Diego Intl. Film Festival. She wants to make the event part of the mandatory awards calendar, capturing films, stars and — especially — voters as they wend their way to the Oscars.

Now in its 21st year, the fest will take place on Oct. 19-23 at multiple venues in the coastal city, just a hop, skip and a jump south of L.A. — far closer to Hollywood than most other fall fests.

“We’re working to make San Diego an awards stop,” Mantooth says. “We’re looking to program films that target Academy members because we have a huge community here … and many of the films we’re screening are awards contenders.”

In between, festgoers will screen, among others, Martin McDonagh’s “The Banshees of Inisherin” (pictured above), with Brendan Gleeson and Colin Farrell; Maria Schrader’s “She Said,” with Zoe Kazan and Carey Mulligan; and Elegance Bratton’s “The Inspection,” with Gabrielle Union and Jeremy Pope.

This is Mantooth’s 11th year at the helm of 21-year-old fest, and her strategy seems to be paying off. “Last year our premieres garnered 28 Oscar noms,”she says.

In addition to narrative features, SDIFF will screen documentaries, shorts, animation, docudramas and student projects — both in and out of competition.

But screenings aside, the fest will launch some key initiatives. One is a focus on human and sex trafficking via a partnership with Authentic ID, an identity tracking and fraud protection company that targets traffickers, and nonprofit All 4 Humanity, an org working to educate industries on identifying individuals who are trafficked. Sex trafficking survivor and expert on the issue Dr. Brook Bello will receive SDIFF’s Humanitarian Award.

Additionally, the fest will launch the Women’s Film Series, the result of the recent integration of the fest and the San Diego Women’s Film Festival, produced by the Women’s Museum of California. The series consists of 10 women-led films with the dual purpose of shining a light on female filmmakers and amplifying voices on the issue of gender inequality in the industry.

Finally, the fest will highlight San Diego as a hub of biotech and life sciences development through a partnership with philanthropy Curebound, which funds cancer research, via a screening of the film “Medicine and Miracles” and a panel exploring the topic.

All this will take place amidst a whirlwind of in-person parties and galas, including the traditional Night of the Stars Tribute, the perennial focus on culinary cinema and the bestowing of the fest’s Spotlight Award on Colson Baker, aka Machine Gun Kelly, whose “Good News” (aka “Taurus”) will screen in San Diego in advance of its fall release.

But while the fest has sprung back to life big-time with new initiatives, live screenings and events, challenges remain. 2020 and 2021 saw the fest diminished by the pandemic — a fate it shared with every other film festival. Mantooth hopes for a 2022 attendance of 15,000 to 20,000, which is a bit below the 2019 figure, but she remains optimistic: “We’re building back, along with everybody else. If we’ve learned one thing, it’s the inherent need to be with others, to be part of a community, and no community is more passionate than the film community.”