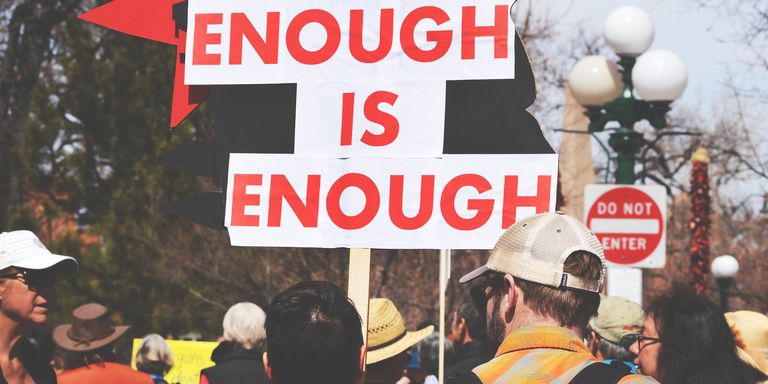 Ten people were killed and ten injured Friday morning at Santa Fe High School in Texas, marking the 22nd school shooting since the beginning of the year.

In a clip that has now gone viral, one survivor, Paige Curry, gives a particularly poignant interview with the local ABC-13 station, describing how she was three classrooms away from the shooting and hid alongside her classmates. She says, “I managed to keep calm through it all. There was another girl who was just freaking out. They were struggling really hard to keep her calm. It was really scary.”

At one point, the interviewer asks her, “Was there a part of you that was like, this isn’t real, this would not happen at my school?” She responds, saying, “No, there wasn’t. It’s been happening everywhere. I’ve always felt like eventually it was going to happen here, too. I don’t know. I wasn’t surprised. I was just scared.”

For many, the clip exemplifies the relentlessness of the recent school shootings and the constant fear many students are facing in their day-to-day lives. A number of people, including survivors of the Parkland school shooting, have tweeted their support: