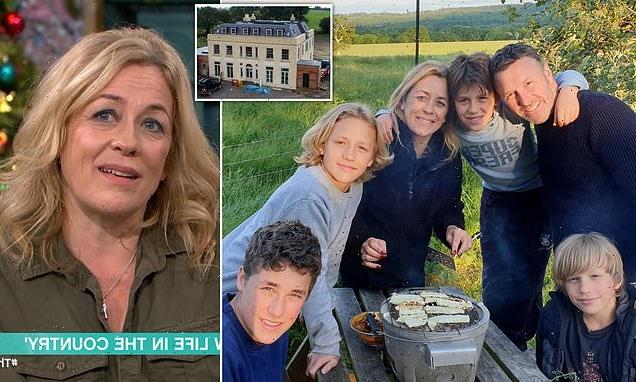 Sarah Beeny slams London schools for treating ‘the arts like it’s a non subject’, saying she moved her four boys to Somerset because the education is better – and she now plans to build a FILM STUDIO on her 220-acre estate

Property entrepreneur Sarah Beeny has slammed city schools for not focusing enough on the arts – and says it was a big reason why she left London to live in rural Somerset.

Appearing on This Morning today to promote the Christmas special of her show New Life in the Country on Channel 4, the television star, 49, said the four sons she shares with husband Graham Swift have a better education in the country.

Beeny criticised urban schools, saying her sons’ previous schools in London had treated the arts ‘like a secondary subject’. 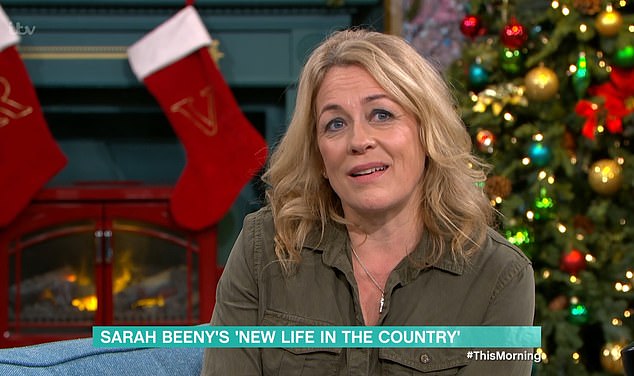 Property entrepreneur Sarah Beeny was on This Morning talking about the Christmas special for her show New Life in the Country on Channel 4, which documents her family’s move to a 220-acre former dairy farm in Somerset

Beeny told the show that ‘schools in cities don’t celebrate the arts’ and that she wanted a country upbringing for her four sons Laurie, Charlie, Rafferty and Billy 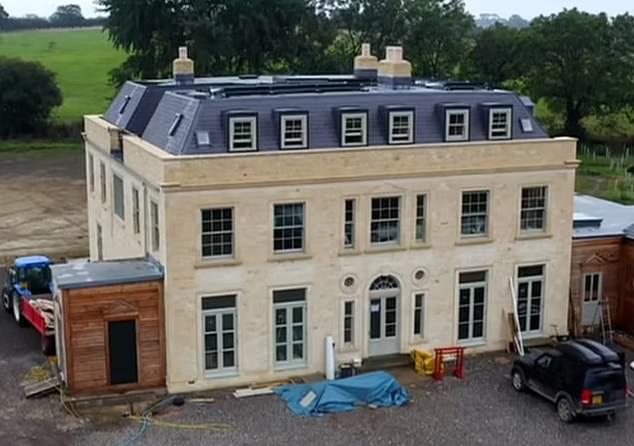 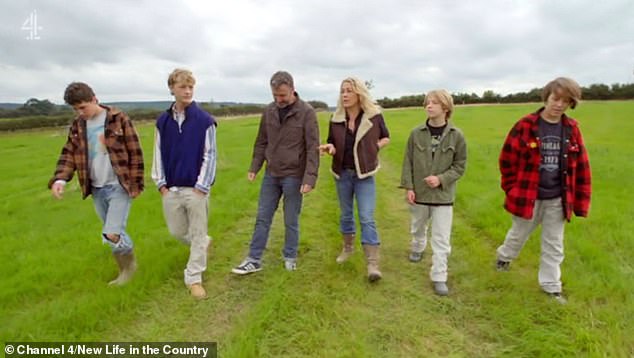 She told the show that her four sons’s previous schools in London had treated ‘the arts like it’s a non-subject’, saying: ‘My kids are really musical and it was treated like it was a non-subject. We moved for education.’

She explained: ‘The move to Somerset was mainly because I wanted the kids to go to a school where the arts were celebrated.

‘I feel there’s a lot of pressure in cities…for me, I think a lot of education treats the arts like it’s a secondary subject. There are plenty of careers in the arts.’

She continued: ‘To treat the arts like it’s a non-subject is ridiculous. My kids are really musical and it was treated like it was a non-subject. So, we moved for education.’

The star joked that her show, New Life in the Country, which documents the family’s progress as they build a new sustainable stately home in the country, is ‘nonsense’, saying: ‘It is a bit of nonsense to be honest and it’s our life and we’re having a lovely time but it’s not been all plain sailing.’ 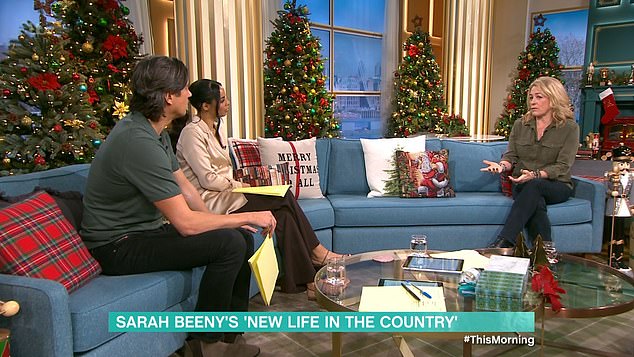 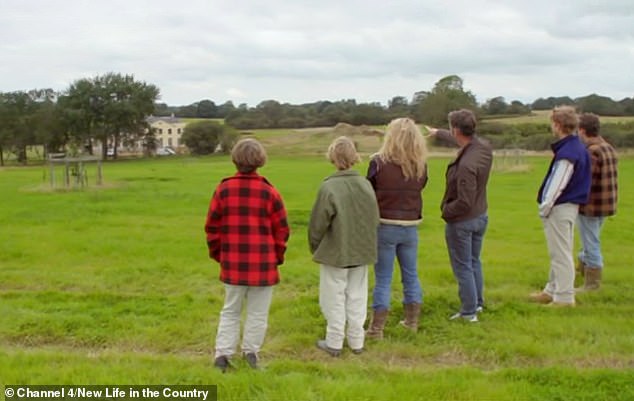 The family all star in New Life in the Country, as their dream of building a modern, sustainable five-bedroom stately home is realised 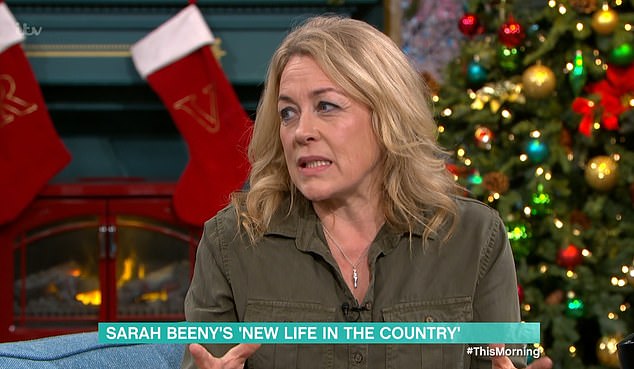 Learning curve: Beeny said ‘I assumed I understood everything about the countryside’ but admits that their ambitious project hasn’t all been plain sailing 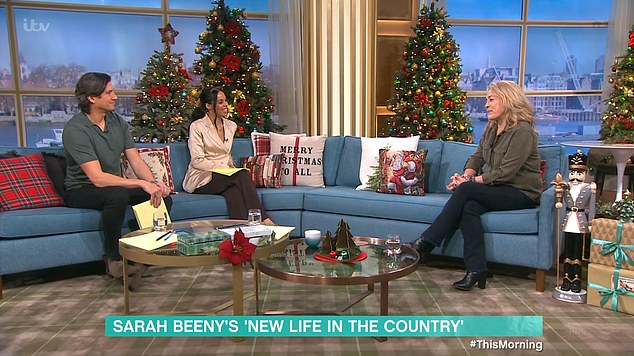 Alongside a zip wire, the boys will also get a tree house, which is the subjct of the show’s Christmas special 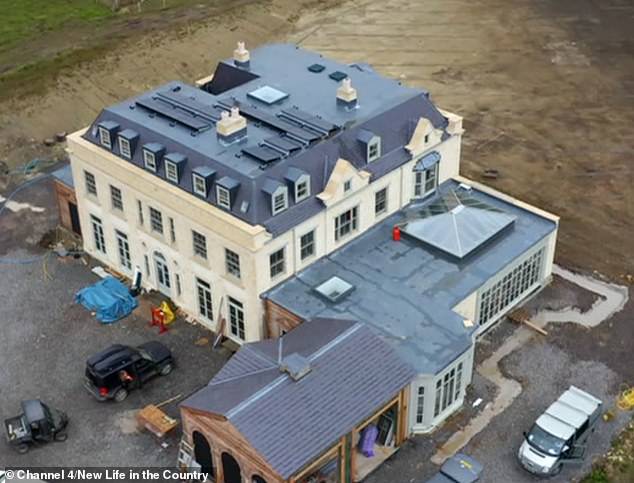 The project has taken years to go from plans to fruition, with the first series of the show documenting how the couple intended to build their dream home – now they’re well on their way to finishing the project

The couple and their four children, Laurie, Charlie, Rafferty and Billy, all star in the series, pitching in to help as they transform a semi-derelict former dairy farm on 220 acres of Somerset countryside into their luxury dream house – dubbed a ‘contemporary take on the classical English stately home’.

So far they’ve planted 20,000 trees in the extensive farmland surrounding their home and installed a bee farm and a zip wire with a treehouse the subject of the upcoming Christmas show. 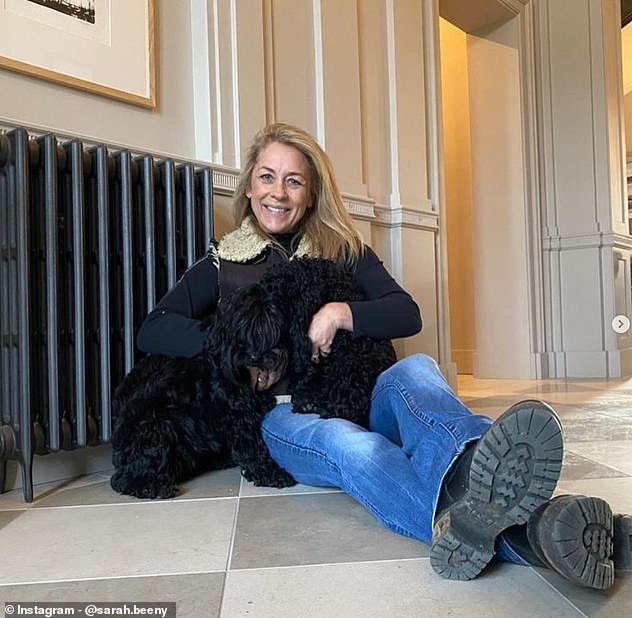 Criticism: Some viewers tuning into the latest series have said the show is jarring at a time when many are facing food poverty

Beeny told This Morning hosts Vernon Kay and Rochelle Humes that life in the country had been a steep learning curve, despite the fact she had a rural childhood, saying she underestimated how much mud there would be, saying: ‘I assumed I understood everything about the countryside.’

The Channel 4 show has come in for some criticism since it began airing in November.

Some viewers have said watching the Beeny family realise their regal dream is jarring when so many people are facing poverty in the UK.

The second episode of the show saw the couple pose for a 3-D scanner to create busts of their own heads with Beeny admitting she thinks her husband secretly loves the idea of being a ‘lord of the manor’.