Sarah Ferguson and Prince Andrew married at a ceremony at Westminster Abbey on 23 July 1986.  The couple have had two children together, Princess Beatrice, 30, and Princess Eugenie, 29.  Although they have been divorced for over 20 years, they appear to have stayed good friends and have sparked rumours they could even remarry.  Their wedding was a grand affair and Sarah wore a stunning tiara gifted to her by the Queen.

Sarah Ferguson: This is what happened to York tiara she wore for Prince Andrew wedding

When the couple married, the Queen’s son, Prince Andrew, was fourth-in-line to the throne and they were given a lavish royal wedding.

For the ceremony, the Duchess of York wore the glamorous York tiara, which was seen for the first time on the occasion.

The brand new tiara was a gift from the Queen and had delicate scrolls and a large, central diamond on top.

Although it was first worn on her wedding to Andrew, the Duchess has worn it since the big day and even since her divorce.

Sarah left the Royal Family over 20 years ago, but it seems she was allowed to keep the stunning piece of jewellery. 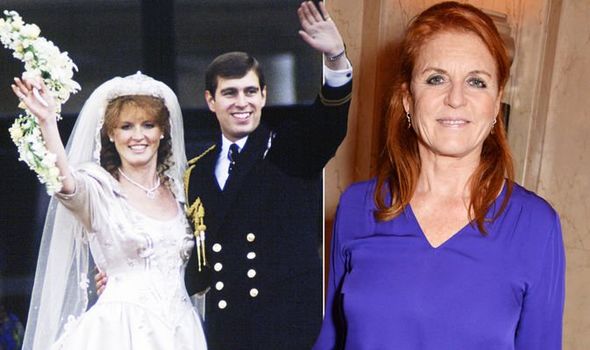 The Duchess of York wore it to the White Tie and Tiara Ball hosted by Elton John at his house in Windsor on 5 July 2001.

It was believed the tiara would make another appearance and be worn by Princess Eugenie at her wedding last year, but instead she opted for an emerald design.

The York tiara, designed by Garrad, has not been seen for nearly 18-years, but as it was a gift it is likely that Sarah still has it.

The priceless tiara is believed to be worth around £230,000 and Sarah paired at with a pricey wedding dress when she married.

Sarah wore an ivory-silk dress by London courtier Lindka Cierach which featured a 17-foot train and a 20-foot long veil.

The design of the dress was kept secret before the big day and believed to have cost £34,000 a the time. 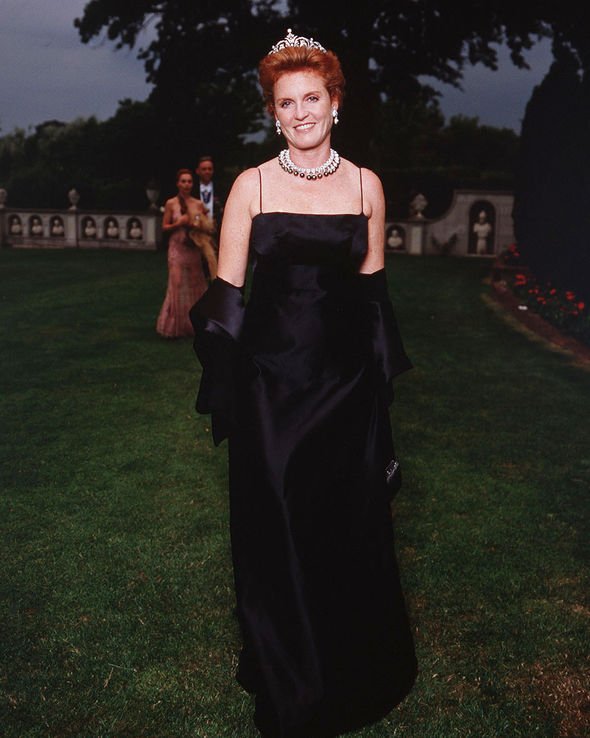 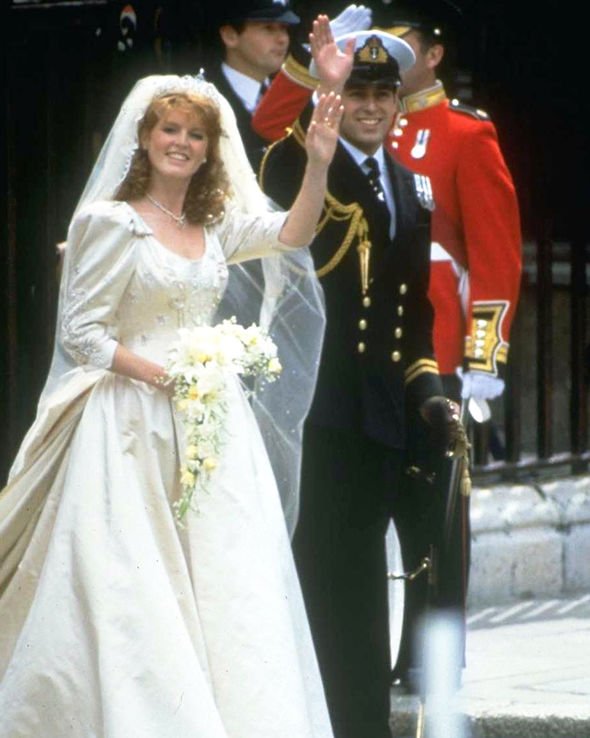 Instead of opting for a different dress for the reception, Sarah is believed to have had an identical gown made to change into later in the evening, and they are both thought to have cost the same price.

When getting married, members of the Royal Family often choose a tiara from the royal collection.

When Kate Middleton married Prince William, she opted for the Cartier Halo tiara which helped her establish a new generation of royals.

Meghan Markle opted for Queen Mary Diamond Bandeau tiara, which showed the ex-actor was ready to step into her new role in the Royal Family, according to an expert.

Meghan’s tiara is adorned with diamonds, and was bequeathed to the Queen in 1953.