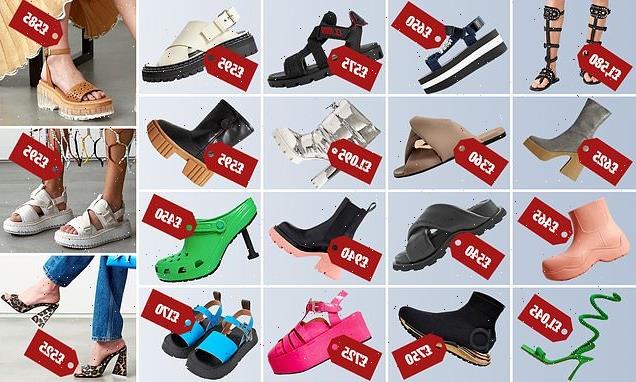 Why are this season’s shoes hideously ugly and expensive? If I didn’t know better, I’d say it’s like the designers are laughing at us, writes SARAH VINE

There are, I realise, many pressing issues facing humankind at this exact moment in time. That said, I feel someone still has to ask the question: why are shoes so ugly these days?

Don’t get me wrong. I like a bold shoe as much as the next woman. But there’s a difference between a chunky sole and clamping a pair of hollowed-out Pirellis to your feet.

Just as there’s a difference between a shoe with a bit of edge, and one that makes you look as though you’ve taken leave of your senses.

And as for the materials, I know we’re all supposed to be vegan these days, but you really can’t charge a grand for a bit of recycled plastic and canvas.

If I didn’t know better, I’d say it’s like the designers are laughing at us. Emperor’s New Shoes, anyone?

Take a look — and try not to laugh — at the so-called styles we can look forward to this spring. 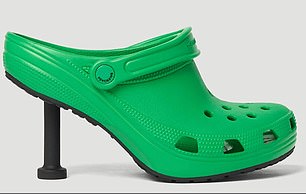 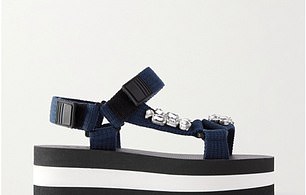 There’s Balenciaga’s frankly revolting Crocs Madame rubber slingbacks at £450 a pop; Marni’s Liquorice Allsort platform sandals for £650; Christian Louboutin’s grotesque — both in appearance and price tag — £1,095 metallic ankle boots; and, perfect for a potter around the perennials, Bottega Veneta’s pink wellies, which are yours for £465.

It’s as though the fashion houses have had some sort of collective style-ectomy.

But really, it’s the ugliness that stands out. My 1970s school shoes were more aesthetically pleasing. I’ve seen orthotics with more appeal. What’s the inspiration here, exactly? Ramblers’ favourite, Mountain Warehouse? One Flew Over The Cuckoo’s Nest? Honestly, there are men at German beer festivals in socks and sandals with more panache than this lot. 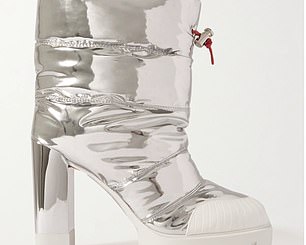 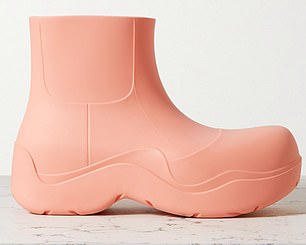 Christian Louboutin’s grotesque — both in appearance and price tag — £1,095 metallic ankle boots; and, perfect for a potter around the perennials, Bottega Veneta’s pink wellies, which are yours for £465

Of course, comfort is important, and I’m not saying we should all be tripping about in Manolo Blahnik mules. But these days even when designers attempt a sexy shoe, they seem to come up with something that just makes the wearer look like they’ve got a nasty fungal infection, or have stepped in something unpleasant.

No doubt Billie’s boots were intended to look all edgy and ‘grrr’; but in the event they just looked like they were covered in toenails.

And what about those Loewe eggshell heels, worn by Normal People star Daisy Edgar-Jones? Praised by the fashion press as witty, they were, let’s face it, just a joke — at the wearer’s expense.

As someone who grew up in the Land of Shoes — AKA Italy — I find all this incredibly depressing. I’ve always been a magpie for a well-turned heel, a proper bit of craftsmanship.

I’m the kind of person who wouldn’t dream of spending more than £50 on a dress, but I’ll go all out for a timeless pair of Ferragamos.

But even that label seems to have been infected by the ugly shoe bug, with its new collection featuring a distorted and wholly unnecessary heel shape and yet more rubberised eyesores, such as the Gancini sock sneaker, absurdly priced at £750. 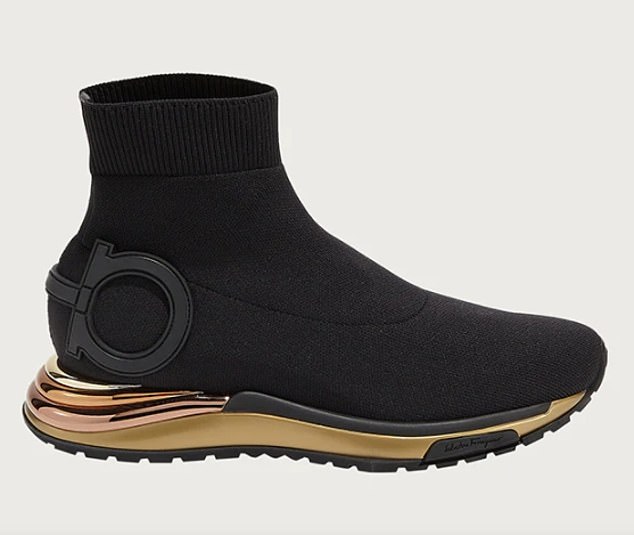 My dislike of these styles stems, I think, from having had to endure so much ugliness myself, shoe-wise, from an early age. As I’ve had size 8 (42) feet since about the age of 17, I’ve spent a lifetime coveting styles that simply don’t fit me.

Nowadays it’s not so bad: most brands go up to a 42. But when I was younger it was often a choice between wearing a man’s shoe (thank goodness loafers and Doc Martens were fashionable in the 1980s) or frequenting shops such as Crispins in London’s Chiltern Street, which specialises in footwear for, how shall I put this, the more masculine lady.

Oh, how I longed to be able to slip into a pair of Jimmy Choos and not feel as though my feet were in a vice. When you can’t have something, you tend to appreciate it all the more.

Which is why, for me, it’s inconceivable that anyone should want to pay hundreds, even thousands, of pounds for something that looks like the kind of thing you’d find remaindered in Millets. And yet, I’m afraid, that is the only way to describe these styles. 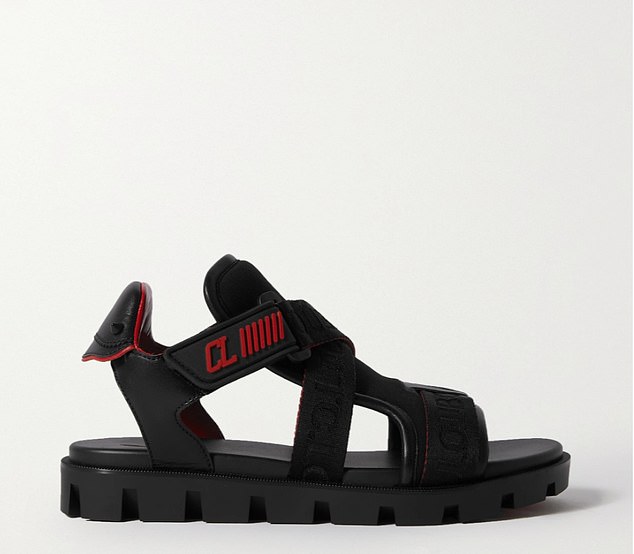 For me, the worst are the Christian Louboutin Velcrissimo sandals — yours for a mere £575. 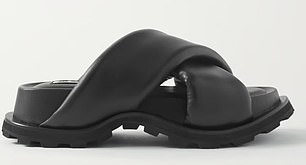 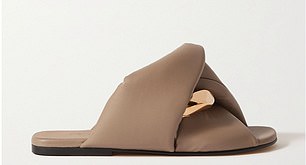 For me, the worst are the Christian Louboutin Velcrissimo sandals — yours for a mere £575.

This is Louboutin we’re talking about here: the undisputed master of the elegant shoe; the creator of the iconic red sole which still signals the pinnacle of luxury. How a designer of his calibre could put his name to such a monstrosity is a mystery to me. I suppose one explanation is Covid. I mean, we all got used to more practical footwear as life became less about parties and more about interminable walks in the park.

And we all know that one of the side-effects of the dreaded virus is loss of taste, something abundantly in evidence here. I only hope it’s not permanent. 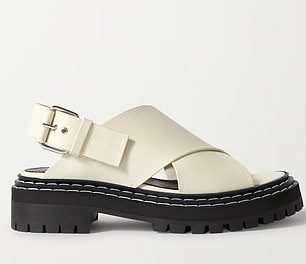 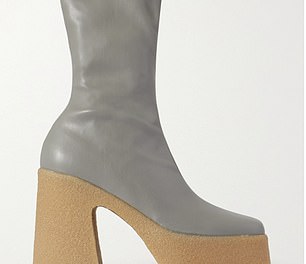 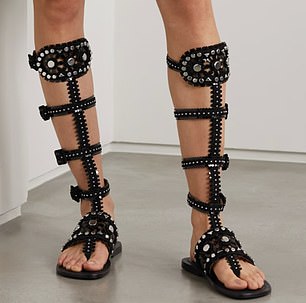 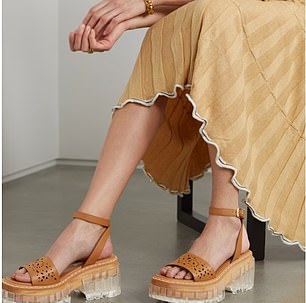 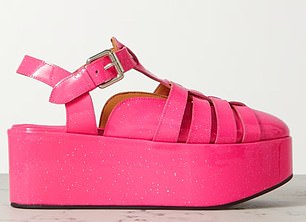 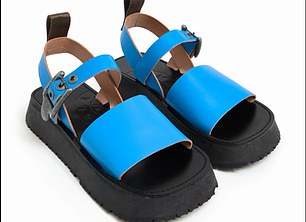 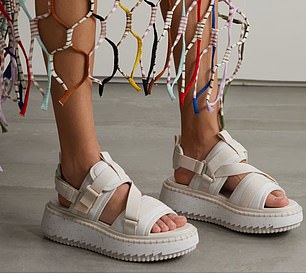 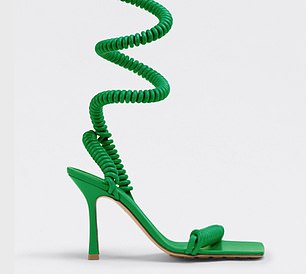 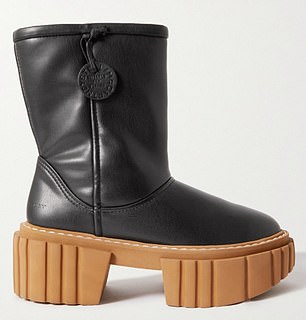 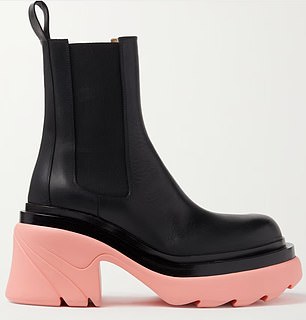 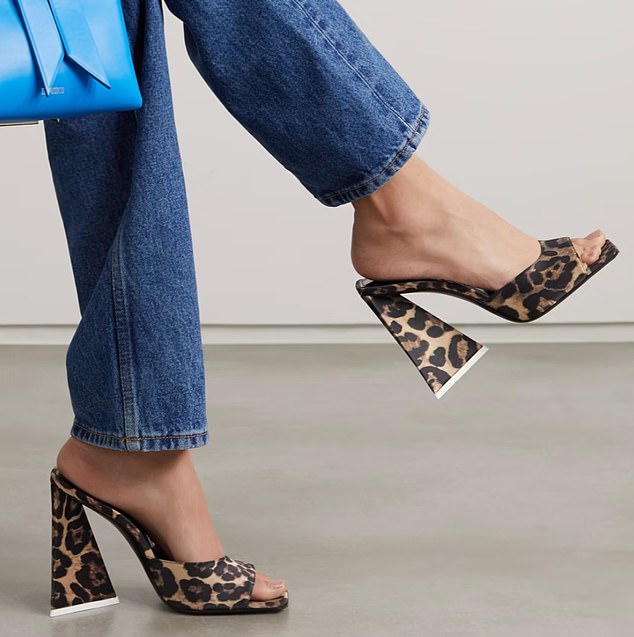 But really, the truth is it’s laziness, greed and a lack of imagination. These kinds of styles are cheap and easy to mass-produce.

They require zero skill or craftsmanship.

And they appeal to the only people who seem to matter to designers these days — that is to say celebrities, influencers and pop stars who don’t care what they wear, so long as it gets them noticed.

What real women want are shoes that flatter, fit well, and don’t cost the earth. Dream on.