Season 2 of the ‘Saved By The Bell’ revival is coming your way, and in a recent photo shared on Instagram, Lark Voorhies is seen reuniting with her Bayside co-stars.

The trio we didn’t know we needed. Elizabeth Berkley took to Instagram on September 21 to share a picture with a few of her gal pals! Saved By The Bell OG cast mates, Tiffani Thiessen, 47, and Lark Voorhies, 47, joined Elizabeth in the photo in honor of Season 2 of the SBTB revival.

Fresh-faced and ready to go! The infamous trio looks as if no time has passed at all in the photo. Elizabeth tagged their location as Bayside High with the best caption. “These ladies… what a gift to get to work together again. We have a special history that is beyond… we worked hard together as kids to make a show that people still love, we did high school together and our parents all looked out for us too as we were minors when we started. It was a safe place to grow up and now we get to take those sweet roots and fly together as women,” Elizabeth wrote.

“Don’t you love those connections that have history where you just get right to it with no explaining? It’s so comforting and we can’t wait to share some magic with you when season 2 comes out!” Elizabeth finished the sentimental post with a trio of hearts along with the hashtags #friendsforever #imsoexcited #sbtb #JessieKellyLisa @peacocktv #hotsundae.

Fans of SBTB were elated to see the ladies back together again! “Seeing Lark as part of this group and history again nourishes my soul,” one fan wrote along with a trio of heart emojis. “Be still my heart,” another wrote with heart-eyed emojis.

The bond that the actors have comes as no surprise as the cast spent many years together. “I’m still close with Mark-Paul. I talk to Elizabeth and Mario,” Tiffani said of her costars during an exclusive interview with HollywoodLife. “We’re still close! It’s kind of like an odd, sort of, not related, but brotherly-sisterly kind of thing. We spent a lot of time together in very informative years that had a huge impact in my life,” Tiffani explained. 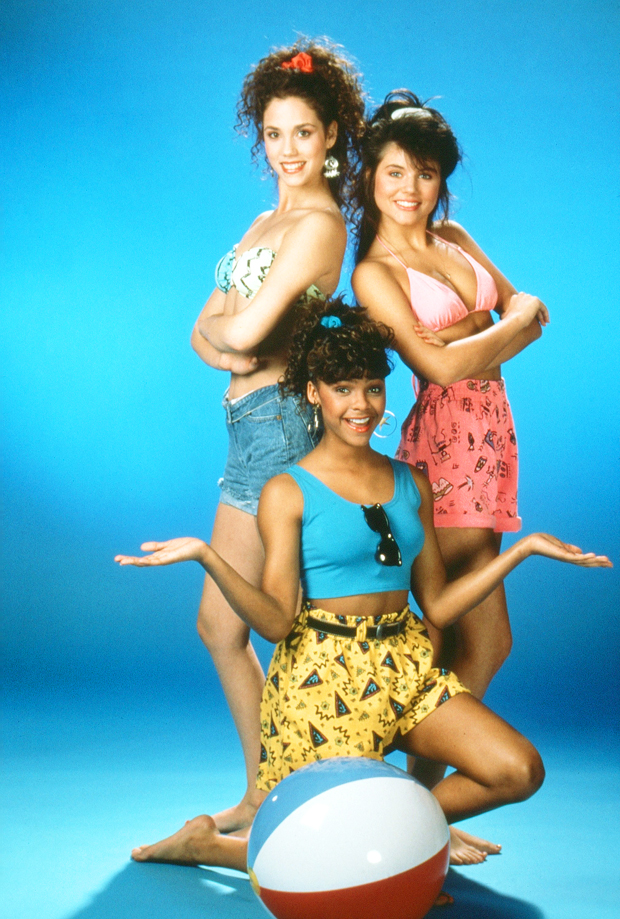 The epic photo comes after Peacock TV has confirmed the reboot has been picked up for a second season, which was announced in January. The reboot is set nearly 30 years later, following the original Saved By The Bell finale in 1993. Currently, Tiffani, Mark-Paul Gosselaar, Mario, and Elizabeth were on the initial season for the revival as their roles as Kelly Kapowski, Zack Morris, A.C. Slater, and Jessie Spano, respectively.

Unfortunately, Screech, played by Dustin Diamond, 44, passed away on Feb.1 from stage IV lung cancer, but fans can expect a tribute, according to Mario. “I’ve always been cool with him and it would be nice to do a little something to honor him and I think that’s in the works,” adds Mario. When asked what this tribute might look like, Mario offered that they’re still hammering out the details. “There’s been different creative ideas floating around,” he tells HollywoodLife. “I don’t want to throw a monkey wrench in any of them. As long as it’s done in a tasteful, cool way, I’m good with it.”