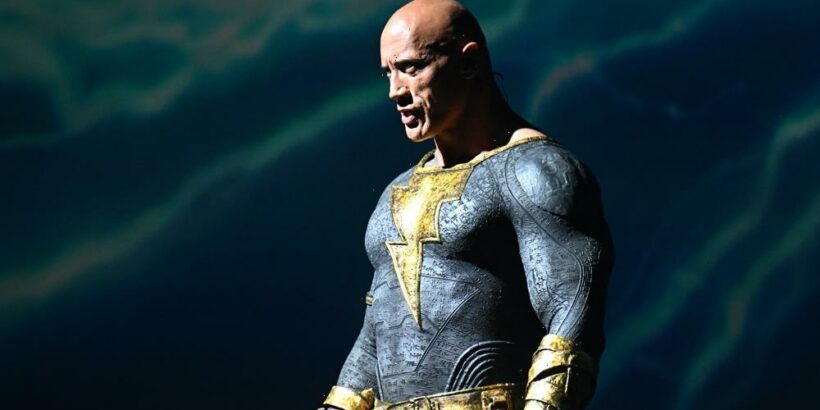 And that is certainly the hope in the new year when it comes to the DC Extended Universe, which endured the most tumultuous 12 months of any studio division in 2022. Amid the upheaval, the release plan for the upcoming “The Flash” teetered following a series of arrests and meltdowns involving its star Ezra Miller, closely guarded “Aquaman” deal points were laid bare in the Johnny Depp-Amber Heard defamation trial, and the $78 million “Batgirl” movie was permanently shelved in post-production as a write-down. All that was just an appetizer for an executive shake-up that landed James Gunn and Peter Safran in the DC driver’s seat. But perhaps nothing was as dramatic as Henry Cavill returning briefly as Superman in a “Black Adam” cameo in October, only to lose the gig two months later.

As 2023 kicks off, DC bosses Gunn and Safran continue to sift through the rubble and will soon reveal their three-year interconnected vision for the cinematic universe, which won’t include Cavill’s Superman or Wonder Woman at all. But things could have gone in an alternative direction: Behind the scenes, a different group made a play for control of DC. Not long after the Warner Bros. Discovery merger closed in April, Dwayne Johnson directly pitched CEO David Zaslav on a multiyear plan for Black Adam and a Cavill-led Superman in which the two properties would interweave, setting up a Superman-versus-Black Adam showdown, sources say. “Black Adam” producers Hiram Garcia, who is Johnson’s former brother-in-law, and Beau Flynn also were part of the brain trust looking to take DC down a new path. Other sources confirmed the meeting but downplayed any discussion of Black Adam’s future.

Eventually, new Warner Bros. film co-heads Michael De Luca and Pam Abdy approved a Cavill cameo in “Black Adam,” despite the fact that Emmerich had made the call in 2018 to find another actor to don the red cape.

But “Black Adam,” which bowed Oct. 21, fizzled with a $391 million worldwide haul against a $195 budget plus $40 million in reshoots, scuttling any plans for more outings for the lightning bolt-wielding antihero and officially ending the Cavill Superman era. Cavill parted ways with his manager, Johnson’s ex-wife Dany Garcia, this year, but a source says it was unrelated to the DC drama and she remains a strategic adviser to the actor. Meanwhile, the Johnson-Warners relationship already was wearing thin after Johnson pushed for a producing credit on the animated film “DC League of Super-Pets,” which opened in July, but did little to promote it. The actor also insisted on a tequila bar at the New York premiere of “Black Adam” featuring his Teremana brand, despite the film being rated PG-13.

“His demands increased and the returns just weren’t there,” notes another insider.

Still, box office analyst Paul Dergarabedian says Johnson found himself in “a Catch-22” with “Black Adam.” “You can’t have a more modest budget when this level of talent is involved,” he notes of Johnson’s track record. “Budgets are commensurate with the talent involved. Something with a lower budget like ‘Shazam!’ is dubbed a hit, because ‘hits’ are based more on profitability.”

As for what else Gunn and Safran have planned for DC’s future, sources describe it as a broad but not blanket reset. At this point, nothing is ruled out. Given that Miller has stayed out of trouble since beginning mental health treatment in the summer, some executives are amenable to continuing with the actor as the world-saving speedster after “The Flash” bows on June 16. “Aquaman,” “Shazam!,” “Blue Beetle” and Gunn’s “Peacemaker” series for HBO Max all could have a place at the table. Gunn and Safran, who were recommended by De Luca, have the full backing of the WBD top ranks.

And in a testament to the notion that no Hollywood relationship is ever trulysevered, “Batgirl” directors Adil El Arbi and Bilall Fallah tell Variety that they are open to working with Warner Bros. down the road.

“We’re fans of DC, and if we get the chance in the future to do something in that universe, we’re never gonna say no,” El Arbi said at last month’s Red Sea Film Festival. “I mean, of course, our only condition is that the movie needs to come out.”