Revealed: How retailers hike the prices of ‘added protein’ versions of cereals and chocolate bars by up to THREE times the original cost

On Channel 5’s Secrets of your Supermarket Food, Lynn Carr, from Durham, was horrified to find how much more expensive protein-heavy options can be.

Over the last few years, a growing number of brands have banked on the public’s interest in health with research from Mintel suggesting as many as one in four Brits regularly use sports nutrition products. 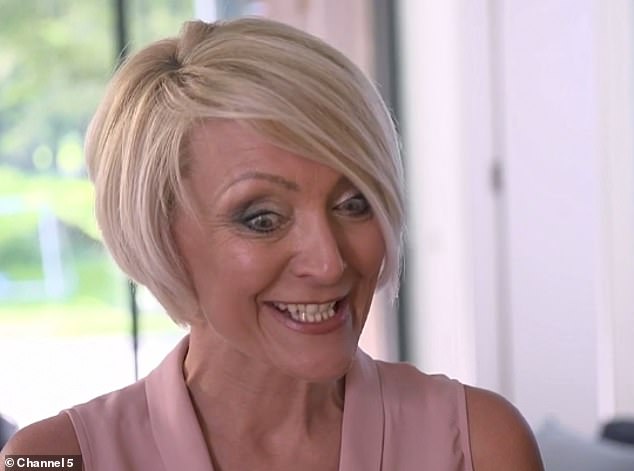 Mother-of-two Lynn Carr was gobsmacked by the difference in prices between normal items and their added-protein versions. Following the discovery, she said she will probably stop purchasing them

There’s a 30p difference between these two pots of Oat so simple (above). The original version of the item costs £1, but its added protein version retails at £1.30

Keen to capitalise on the latest obsession, retailers have begun to stock protein-heavy alternatives of some our favourite foods that are already on the market.

One family keen to examine the cost of weekly shop was Lynn Carr, her husband Graham Whipp, 13-year-old Evan and teenage son Max, 17 – who is a keen gym goer.

After comparing items that come with an ‘added protein’ label to their original versions, Sian was alarmed to find how much more she was paying.

Lynn admitted she hadn’t realised how much more she pays for the high protein products in her cupboards, telling Sian: ‘When you’re rushing around, I don’t think you have the time to actually pay attention to the difference in the price.’

First, Sian compared the prices of breakfast staple Oat So Simply porridge and found that the original version retailed at £1, while the protein equivalent costed £1.30. 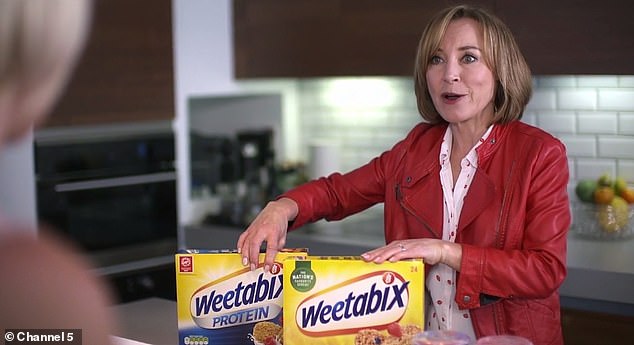 TV presenter Sian Williams showed the Carr family that the Weetabix with added protein cost £3 – 50p more than the regular version. The Carr family regularly purchased the addedprotein version of the breakfast staple 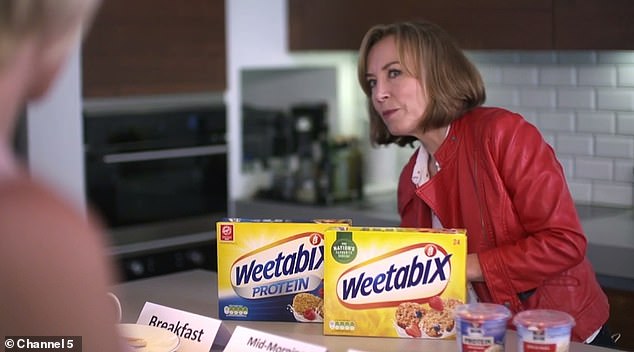 Sian and Stefan took a look at the dirty truth lurking behind healthy foods such as free-from items, gluten-free products and protein shakes – and made some shocking discoveries. Above, Weetabix also provided some surprising results

A Snickers bar usually costs around 60p, but with added protein, it comes to £2. Lynn and Max were both shocked to find out they had been paying way more for products with the additional ingredient 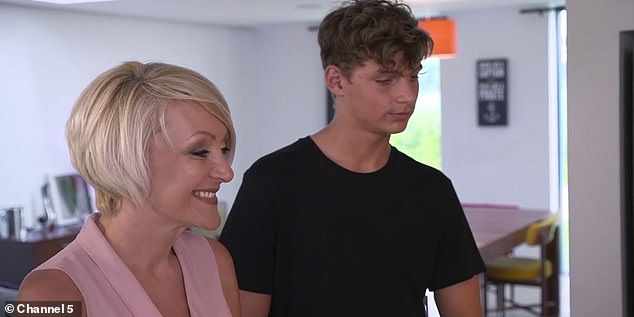 Lynn and her son Max, 17, were shocked as Sian revealed the difference in prices between the products with and without added protein. Sporty Max (above) admits to eating a lot of protein

Viewers had a mixed response to Channel 6’s Secrets of your Supermarket Food, with some pointing out that free-from products were not simply a health fad, but a ‘lifeline’ for many

Next, Sian investigated a box of Weetabix and discovered the protein version retailed at £3.00 – which was 50p more than the original.

Mother Lynn then admitted to buying the added-protein breakfast for her children and paying the additional cost.

But the real shocker came when Sian dug out a Snickers bar, as the original item, which usually costs as little as 60p, will set you back a whopping £2 if you want to go for the protein alternative.

Secrets of your Supermarket Food airs on Thursday at 8pm on Channel 5.