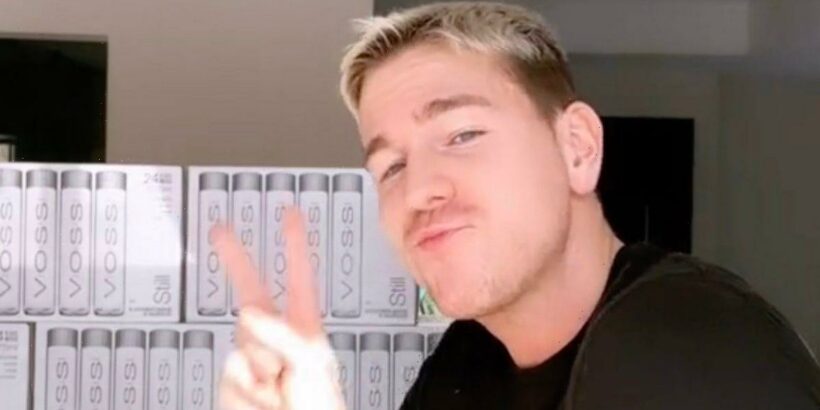 A "water snob" has left the internet flabbergasted after revealing he spends a whopping £1,500 a month on bottled water imported from Norway.

Ryan Dubs made a video on his @ryandubs TikTok explaining his unusual H20 obsession and why he decided to spend so much money on hydration.

"I know what you’re thinking, where do I keep it all? Well, I have four fridges, so I’ve got that part covered," he says.

The TikToker then says the Norwegian company VOSS is "one of my favourite water bottle brands" and claims it is "carbon neutral".

He says: "I’ve always been a water snob and I know that for a lot of people you’re probably like what the hell, why do you care, it’s just water, but I hate the taste of tap water. I cannot drink it.

"I only drink bottled water – it’s the only way I’ll get it in me."

He adds: "It’s a little pricey but I do buy it in bulk from the place that would sell it to a hotel or grocery store so it’s a bit better."

The video went viral on TikTok and viewers were split – with some commenting "his money his choice" and others finding the idea very strange.

One user said: "I was judging the fact that you buy that instead of Costco bottled water until you said plastic and suddenly 2k is justifiable."

"For two grand a month you could get a super high end reverse osmosis water purifier and only spend like a month or two on it to have good water," suggested a second viewer.

A third viewer joked: "I heard if you put the bottle to your ear, you can hear the marketing team laughing."