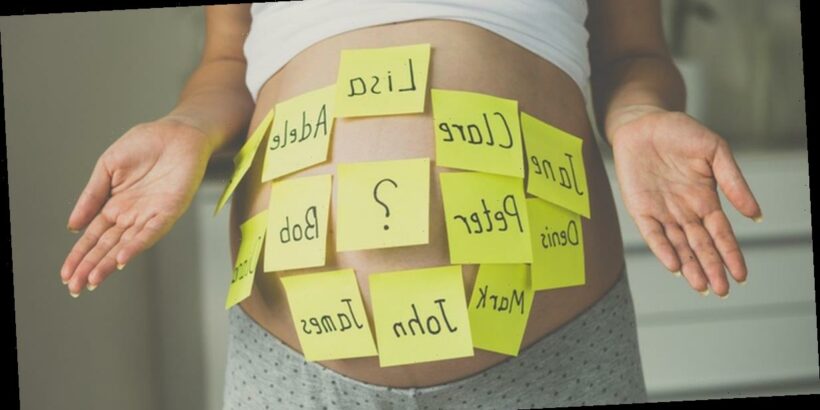 So when one woman shared the idea she had for her son, it didn't go down well.

The mum-to-be's relative revealed how she was planning to name her child Adolph.

It's fairly understandable why many people would link the moniker to Hitler – and yes, that is what everyone's thinking about.

In a post on Reddit, the woman's sister is asking for advice on how to persuade her to change her mind.

The poster wrote: "I'm not pregnant but thought maybe some of you could provide some insight.

"My sister is 7 months pregnant and wants to name her son Adolph."

The user added: "No she's not a Nazi, apparently she's deliberately giving him a 'problematic' name so that he can experience what other kids from less privileged backgrounds experience.

"I begged her not to do this over Facebook Messenger and she sent me this: 'I appreciate you caring about the baby this much, but parenting amid this divided world must be radical'.

"'White parents cannot sit idly by and allow their children to take up space and snatch opportunities away from those who do it more'."

The woman admitted the name might "prevent him from getting a few jobs".

But she said it might give "employers time to pause" and consider contestants from minority backgrounds instead.

And the mum-to-be also claimed her son would be a "better man for it".

In the now deleted Reddit post, many users slammed the woman for her choice, reports Mirror Online.

One said: "This is child abuse. She does realise that the other kids are going to beat the c*** out of him every day of his life, right?"

Another added: "The day that kid is old enough to legally change names (and move out) cannot arrive soon enough."

A third commented: "Hmm I don't think child services normally gets involved before the birth but this might be the exception."

And a fourth wrote: "This logic doesn’t make any sense to me honestly.

"I read the name Adolph and I immediately think it's a white person whose mother is either an attention-seeker or a Nazi, OR it's a white dude who is from Germany or a dutch- or German-speaking country."