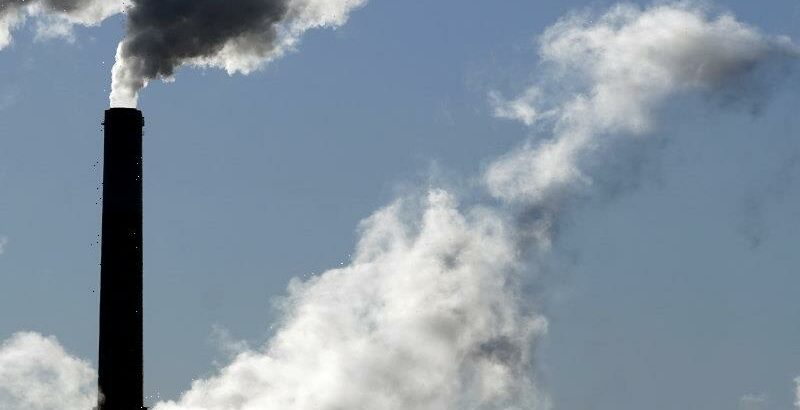 Big polluters will push for financial assistance to help them cut emissions and comply with Australia’s upgraded emissions reduction target, setting up a clash with the Greens and Senate crossbench and risking key votes the federal government may need to achieve its signature climate reforms.

The government is seeking feedback on proposed reforms to the safeguard mechanism, which it will use to impose tighter pollution caps on Australia’s 215 biggest polluting plants, mines and factories that each generate more than 100,000 tonnes of greenhouse gases a year. 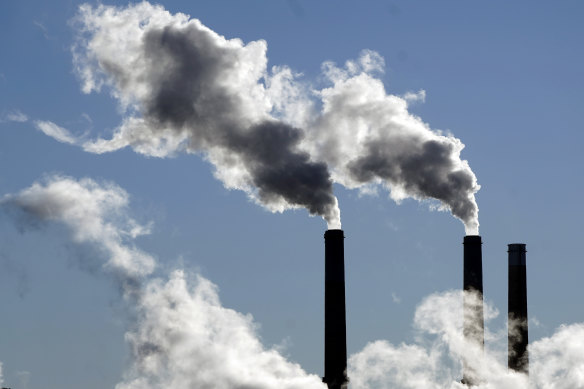 Greens and crossbench senators demands will test the Albanese government’s negotiating skills at it tries to win support for a controversial emissions reduction policy. Credit:AP/Rick Bowmer.

Pollution caps will be introduced from July and tightened over time, with the policy consultation paper forecasting the cuts would deliver about a third of the government’s legislated target of a 43 per cent reduction in emissions from 2005 to 2030.

Federal Climate Change and Energy Minister Chris Bowen promised ahead of the May election that the reforms would be designed to ensure Australian big polluters that are trade-exposed to international markets “won’t be impacted by a greater constraint than their competitors overseas”.

The peak lobby groups for Australia’s mining and gas industries have not released their submissions to the safeguard mechanism consultation paper, but said they would push Bowen to deliver “tailored treatment” for exporters that face tighter pollution caps.

Export facilities captured by the safeguard mechanism includes LNG producers that generate large volumes of emissions when processing gas for export and mines that release emissions when they tap into coal seams.

Most of the submissions to the government are expected to be made public later this month.

Minerals Council chief executive Tanya Constable told The Sydney Morning Herald and The Age a significant number of her members’ facilities are trade exposed and “any changes to the pollution caps must “allow for tailored treatment of facilities”.

The Australian Chamber of Commerce and Industry released its submission on Wednesday and submission said the government should provide some financial assistance to exporters, but warned that they should not be granted looser emissions caps because that would unfairly increase the burden on domestic companies.

The safeguard mechanism was created by the former Coalition government in 2016 but pollution caps were set above the current level of emissions, which enabled emissions to rise 7 per cent until.

Companies that are forced to reduce their pollution can either buy carbon credits to offset their greenhouse emissions or invest in cleaner technology.

Exporters that generate high emissions have warned that the cost of complying with pollution caps would disadvantage them against international competitors based in jurisdictions without emissions controls.

The safeguard mechanism policy paper proposed a range of options for exporters, including direct funding to help companies to buy cleaner technology or granting them carbon credits that would otherwise have to be purchased.

Greens leader Adam Bandt said the government could try to “keep many of Tony Abbott’s loopholes and continue to allow pollution to go up not down” and urged it to work with the Greens to give the scheme teeth.

“Labor has two paths ahead on the safeguard mechanism. They can work with the Liberals to design a useless scheme, flooded with offsets, that the coal and gas industry is happy with.

“Or Labor can choose to work with the Greens to design a scheme that actually drives down
the real and absolute emissions going into our atmosphere and oceans, not just make it look
better on an accountant’s ledger with offsets.”

Pocock said the safeguard mechanism was critical to the freshly-legislated climate target to cut emissions 43 per cent between 2005 and 2030 and called on the government to the ignore fossil fuel lobby’s wishlist.

“I’m keen to see the government stand up to intense lobbying from vested interests and instead make decisions that safeguard the future of everyday Australians,” Pocock said.

“Climate action is about making decisions to protect the future of all of the people and places we love.”

Daniel said it is “critical that gaps are closed” and significant penalties are included for companies that exceed pollution caps.

Opposition climate change and energy spokesman Ted O’Brien said forcing companies to cut emissions would raise the cost of doing business in Australia and called on government to detail how it would support affected communities, which are largely based in regional areas.

“Labor is proposing significant changes to the safeguard mechanism which will impact regional Australia and traditional industries that have been central to Australia’s competitive advantage,” O’Brien said.

“Labor’s safeguard mechanism lacks detail and the time for consultation has been extremely limited.”