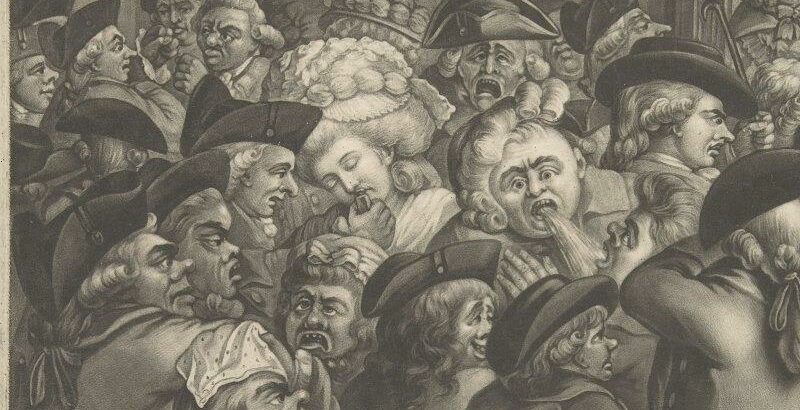 “Going to the opera, like getting drunk, is a sin that carries its own punishment with it, and that a very severe one,” so wrote Hannah Moore in a letter to her sister in 1775; the opera house she visited could hardly be more different from that of today.

The audiences would shock a modern listener, says Richard Tognetti, artistic director of the Australian Chamber Orchestra. “They were outrageous, more so than a modern-day mosh pit. They regularly had riots in the three theatres in London, but it was only deemed a riot if a chandelier was broken.” 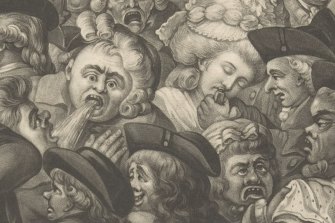 Prostitutes would throw oranges at the musicians if they didn’t like the performance; people would eat, drink, fight, amble around, chat and even close the box doors to have sex. The smells were overpowering – from the open pissoirs, body odour and rotting fruit, mixed with spices and other attempts to cover up the rankness.

The ACO is offering Sydney audiences a taste of this rambunctious experience with four concerts from June 26 to 30 titled Baroque Revelry, in which the orchestra and Belvoir provide an “immersive collaboration” that will reflect the world of the sordid Baroque.

Tognetti will not divulge what this will actually involve, but it will include most of the senses. “We’re putting a whiff, a suggestion, into the air, saying just relax, if something’s a bit rough it’s OK, it’s part of the music.” 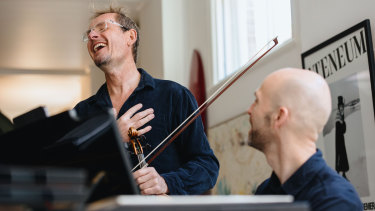 The point is audience participation. “It was a totally different space to the sacrosanct post-Wagnerian halls we have now – it was a very fluid, gregarious, uproarious interactive crowd where they wanted something new and extremely emotive, but they were part of the emotion.”

This includes Mozart, who was commissioned to compose his opera Mitridate at 13. Mozart wandered around the theatre during performances speaking to the hoi polloi, the cognoscenti and joining the fun, he says.

Tognetti has been discussing this concept with his friend and collaborator Erin Helyard – musicologist, harpsichordist, conductor and artistic director of Pinchgut Opera – for 20 years.

Helyard says the opera house was one of the main 18th-century social-networking centres – while orchestral concerts were more genteel. It was the 19th century, and especially Wagner, that made reverent silence mandatory. “Wagner introduced the quasi-religious idea of the theatre as a temple to culture, whereas the 18th-century theatre was a temple to fun, sex, drugs and rock ’n′ roll.”

The aristocrats were among the worst-behaved, though they didn’t think of it as that – it was an opportunity to have fun. In Venice, for example, the opera house was surrounded by restaurants and casinos, so patrons would get an “ingresso”, like a modern nightclub, where they could go in and out.

This cavalier attitude explains the long da capo arias of the time, where the singer would sing it through then repeat in full. “It was designed so the singer would ornament the crap out of it, and we know that people who did the same ornaments two nights in a row were booed. That shows a very discerning audience. The gift of singers with rock-star salaries like Farinelli and Faustina Bordoni was that they could ornament and hold the audience,” Helyard says.

A difference between the 17th and 19th centuries was the prominence of women composers in the former. Apparently, Barbara Strozzi (1619-77) was so popular that at one point she had more music in print than any contemporary.

Strozzi features on the ACO program along with Elisabeth Jacquet de la Guerre and Isabella Leonardi, plus a host of treats ranging from C.P.E. Bach and Biber to Tartini, in the form of his legendary Devil’s Trill sonata, plus Handel, Boccherini, Dowland and Morley. The soloists are soprano Chloe Lankshear and ACO principals, while the Belvoir’s Carissa Licciardello directs the staging.

Although, it is audience participation that will set this concert apart, the presenters would prefer to avoid some 18th-century extremes: please don’t urinate in public, engage in prostitution behind the stage, or throw rotten fruit. Just about anything else goes.