Designer, 31, who specialises in ‘sexy tweed’ reveals she married £441M Superdry founder who’s 22 YEARS her senior because he understands her need to keep making money

They enjoyed a lavish Cotswolds wedding this month with Idris Elba and Craig David serenading the bride, but with an age gap of 22 years designer Jade Holland Cooper and Superdry co-founder Julian Dunkerton may seem a somewhat unlikely couple.

However, Jade, 31, insists she never thinks about the age gap with the businessman, 53, who is worth an estimated £441M, and says one of the things that makes them click is that he understands her drive to succeed.

She started selling her designs at a stall at the Cheltenham festival ten years ago, in echoes of her husband who co-founded Superdry in 1985 from a market stall in Cheltenham.

‘I’ve never met anyone as inspiring. He’s an amazing human being,’ she told The Times. ‘I need to be with someone who doesn’t say, “Have you earned enough money now?”. I just can’t think like that.’ 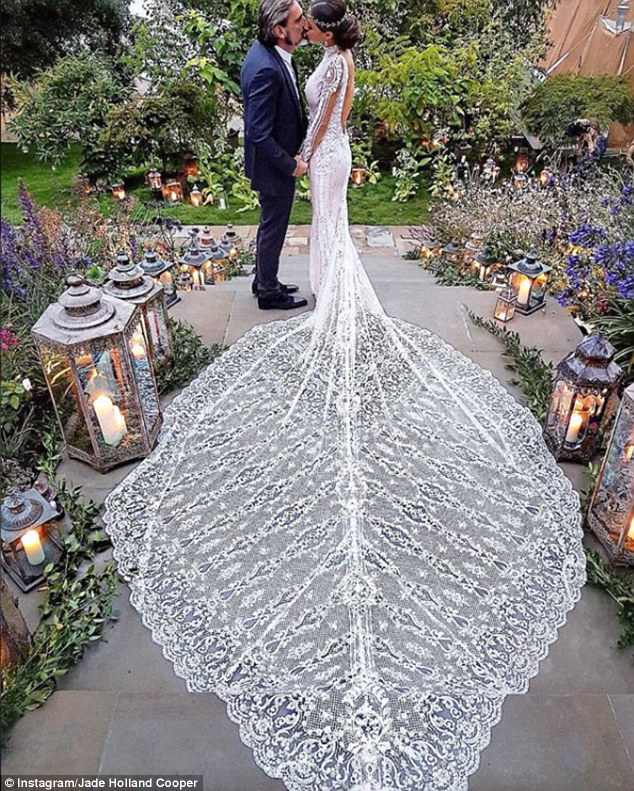 Jade Holland Cooper, 31, and Superdry co-founder Julian Dunkerton married in a lavish ceremony in the Cotswolds earlier this month after a long friendship, which culminated in the pair becoming a couple 18 months ago 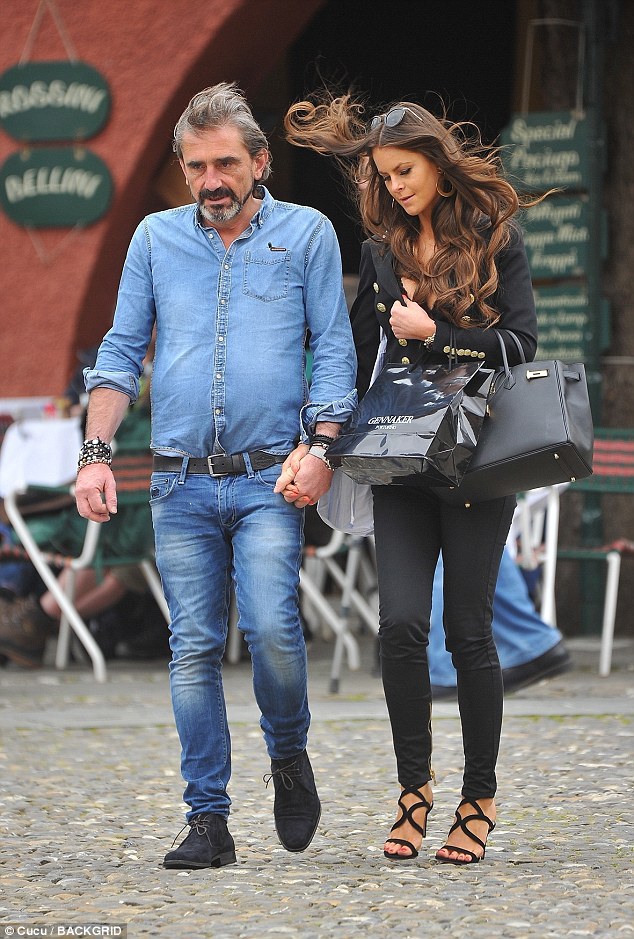 Jade and Julian pictured on holiday in Portofino in April 2018. The designer said she doesn’t even consider the 22 year age gap in her relationship with the multi-millionaire, who understands her drive to keep building her brand 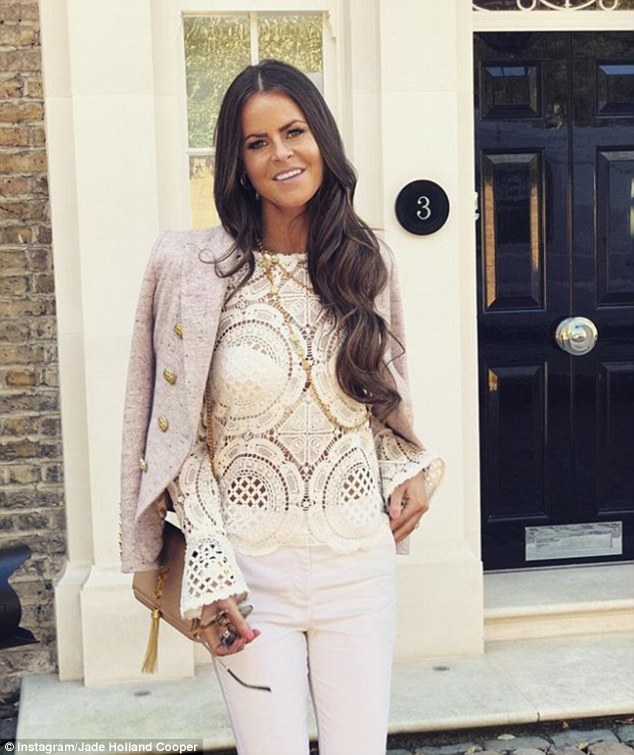 The designer, pictured at her home in the Cotswolds earlier this year, specialises in tailored tweed jackets and ‘sexy’ country casuals and was inspired by seeing everyone wearing itchy, green tweed when she attended agricultural college 10 years ago

Two years ago, the tycoon sold £52 million of shares in the company to fund a divorce settlement with his first wife, Charlotte Abbot.

Earlier this year, he sold his last remaining stake for £71M and now focuses on his businesses in the Cotswolds where he owns a string of hotels and restaurants.

It was at one of these restaurants where he met Jade and the pair have known each other for years, but got together 18 months ago. 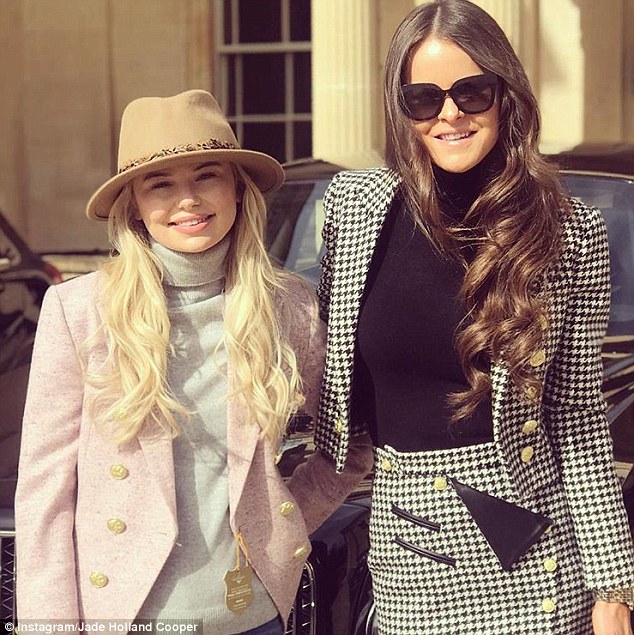 Jade at this year’s Cheltenham festival in March 2018 with Made In Chelsea star Georgia Toffolo, with both dressed in Holland Cooper designs 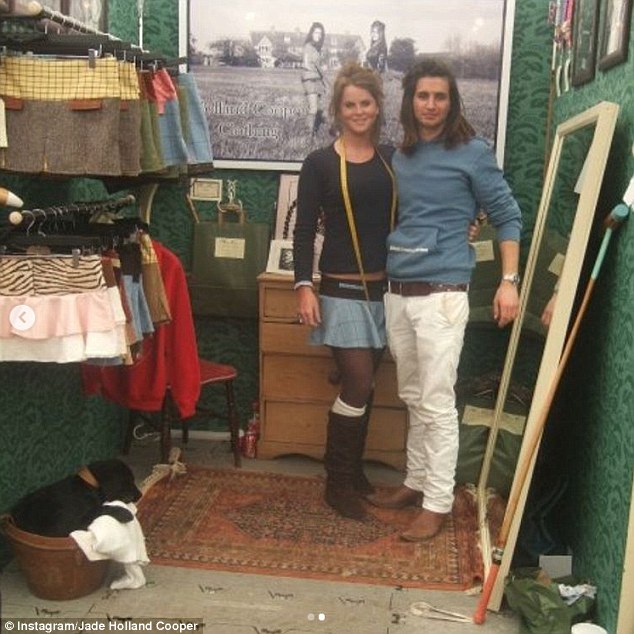 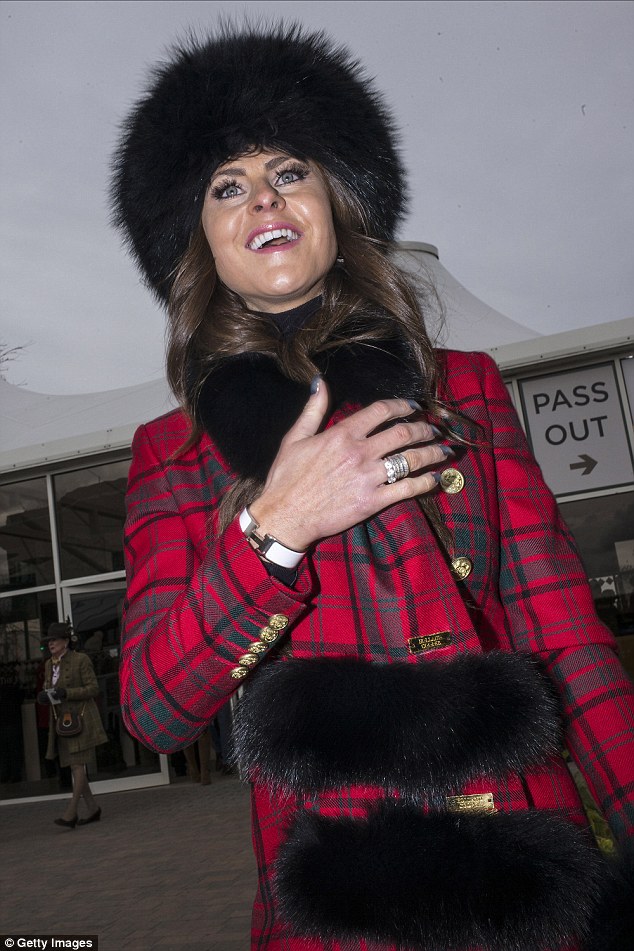 Jade Holland Cooper arrives at Cheltenham racecourse on Ladies Day on March 14, 2018 in Cheltenham in one of her tartan coats and fur trimmed scarves

Her mother was a designer and she couldn’t decide between a future in design or agriculture, eventually plumping for the latter, studying international equine and agricultural business management at the Royal Agricultural College in Cirencester.

When she say everyone wearing the same ‘bog-standard, green, itchy, masculine tweed’, she realised there was a gap in the market for a more glamorous version.

She dropped out after a year and started designing her own clothes, even though she couldn’t even sew to begin with. 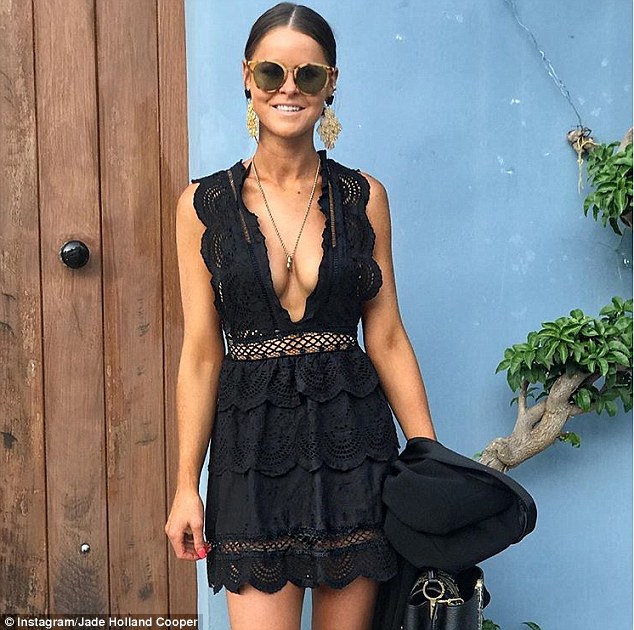 The designer pictured on a break in Fiscardo Bay, Greece in June 2016. She’s set up her own brand 10 years ago after dropping out of agricultural college to pursue a career as a designer, even though she couldn’t sew 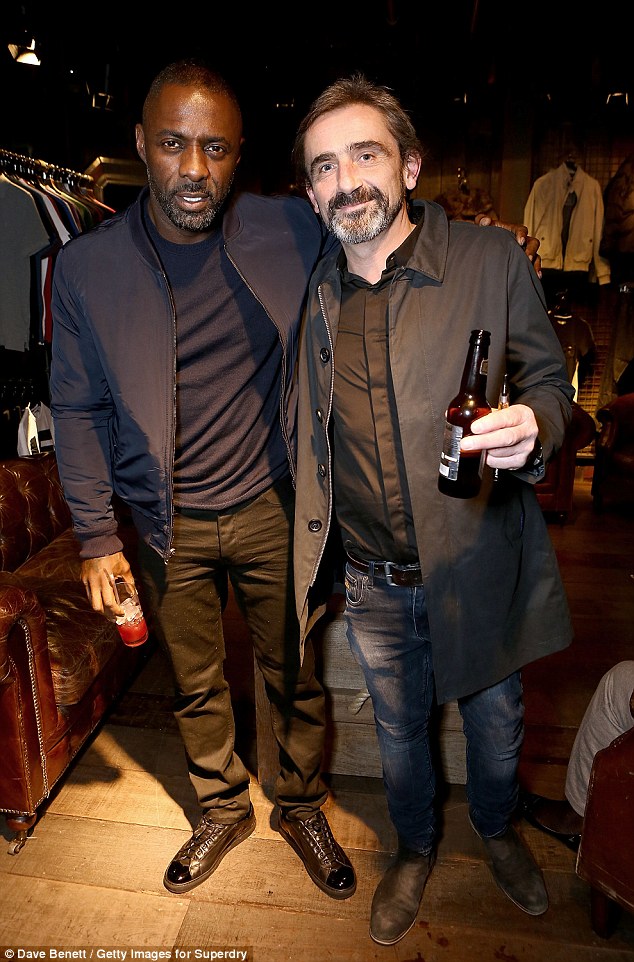 Superdry co-founder Julian Dunkerton with Idris Elba at the launch of his menswear collection for the brand in November 2015. The Luther star DJed at Dunkerton’s wedding in the Cotswolds earlier this month 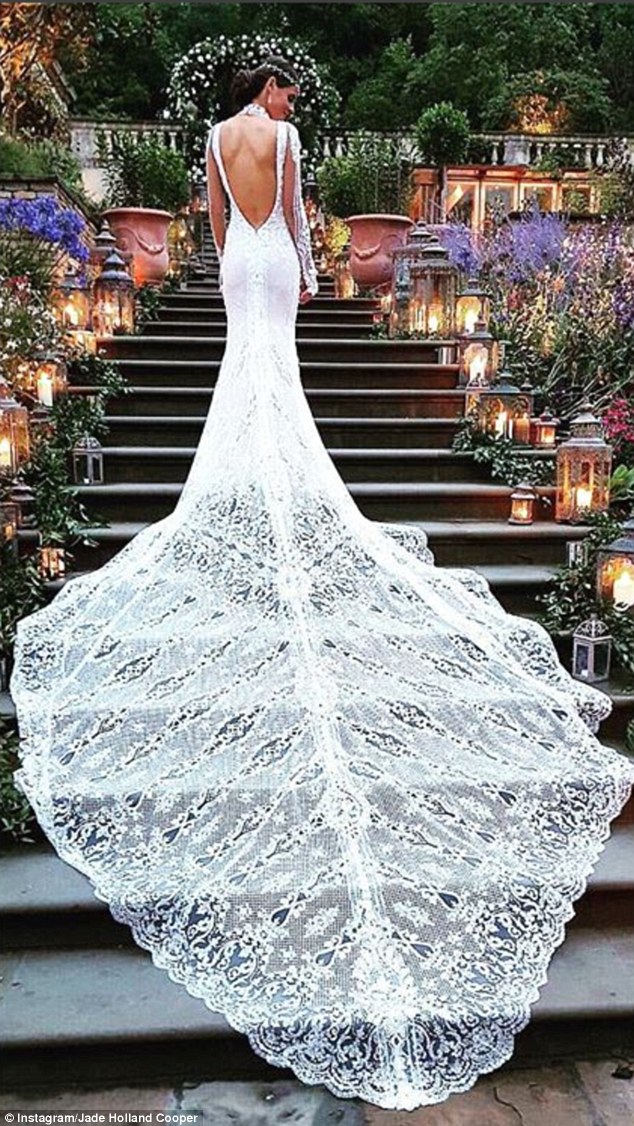 Jade Holland Cooper wore spectacular, figure-hugging white lace bridal gown by Galia Lahav for her wedding in the Cotswolds earlier this month, describing it as a ‘dress of dreams’

Now her clothing, which is entirely made in Britain, is a hit with celebrities and even royalty with the likes of Made in Chelsea’s Georgia Toffolo and Zara Tindall wearing her designs.

Despite her success, she admits she’s still afraid of failing and that she has no intention of resting on her laurels.

As for plans to have children, she insists she wants them with Dunkerton but has no idea how she will fit it all in, saying: ‘My mother will probably take over.’

Earlier this week, it was revealed that Julian Dunkerton, 53, has reportedly donated £1million to the group fighting for a referendum on the final Brexit deal.

Writing in the Sunday Times, Mr Dunkerton, who lives outside Cheltenham, said the public know Brexit will be a ‘disaster’.

He said: ‘I’m putting some of my money behind the People’s Vote campaign because I know we have a genuine chance to turn this around.’

‘I will be paying for one of the most detailed public polling exercises ever undertaken by a campaign, so more of us have the confidence to demand the democratic right for our voices to be heard – to get a People’s Vote on any Brexit deal.’

He said: ‘But if Brexit had happened 20 years earlier, Superdry would never have become the global success that it is.’

While he has not made a political donation in the past, Mr Dunkerton has previously spoken of his leftwing background.

He said earlier this year: ‘I was a Labour supporter in the 1980s but today I’m non-party political and a strict Remainer.’

The multimillionaire aired his concerns over Brexit in the run-up to the 2016 referendum when he publicly criticised former Foreign Secretary Boris Johnson for opting to lead the Leave campaign.