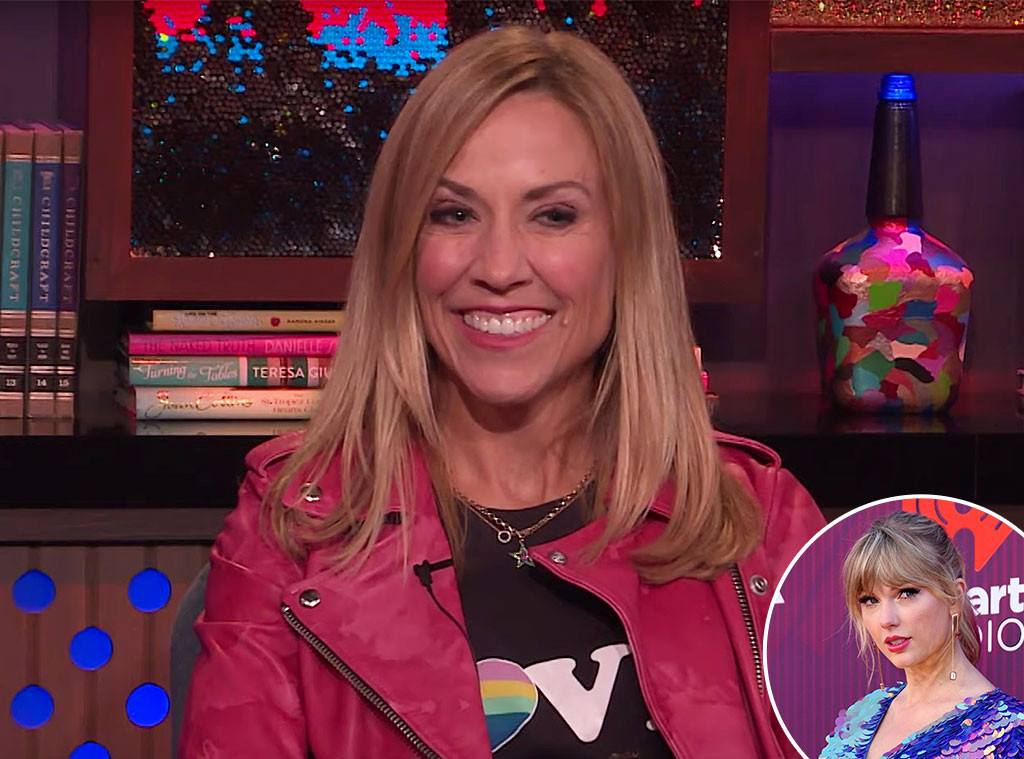 Sheryl Crow doesn’t understand what all this fuss is about.

During an appearance on Wednesday’s Watch What Happens Live, the singer was asked about her reaction to the drama surrounding Taylor Swift, Scooter Braun and the ownership of her masters.

“Well, I’m going be honest with you, I live with my head a big hole and I stay out of that world,” the Grammy winner explained to host Andy Cohen. “But I will say one thing about masters. I signed with a record label 30 years ago and within 5 years it became owned by Interscope and then Interscope got bought by Universal and so these things…that’s just the way the business goes.”

“It’s totally not unusual for your masters to change hands like, 9,000, times,” Crow continued. “So I don’t know what the big stink was. I’m kind of out of the loop so I don’t really know.”

Well then, allow us to explain this “big stink.”

Earlier this summer, news broke that Braun would soon acquire all of Swift’s work, a notion that made her “sad and grossed out.”

“For years I asked, pleaded for a chance to own my work,” Swift wrote on Tumblr. “I had to make the excruciating choice to leave behind my past. Music I wrote on my bedroom floor and videos I dreamed up and paid for from the money I earned playing in bars, then clubs, then arenas, then stadiums.”

“Some fun facts about today’s news: I learned about Scooter Braun’s purchase of my masters as it was announced to the world,” she continued. “All I could think about was the incessant, manipulative bullying I’ve received at his hands for years.”

But thankfully, with a little advice from Kelly Clarkson, she’s about to get back her work.

“My contract says that starting November 2020, so next year, I can record albums one through five all over again, so I’m very excited about it,” she said on Good Morning America while promoting her seventh album Lover. “I just think that artists deserve to own their work. I just feel very passionately about that.”

And now, in the words of Crow herself, if it makes you happy!