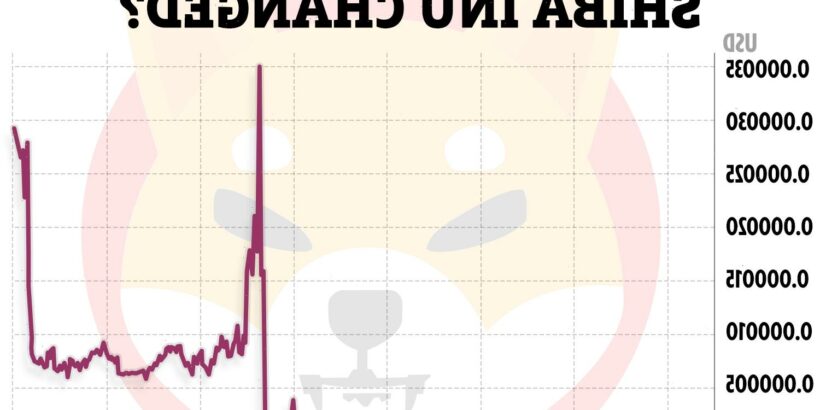 SHIBA Inu has rocketed by more than 350% in recent weeks.

The price of the coin now stands at $0.00002836 and it remains among the most traded of all cryptocurrencies. 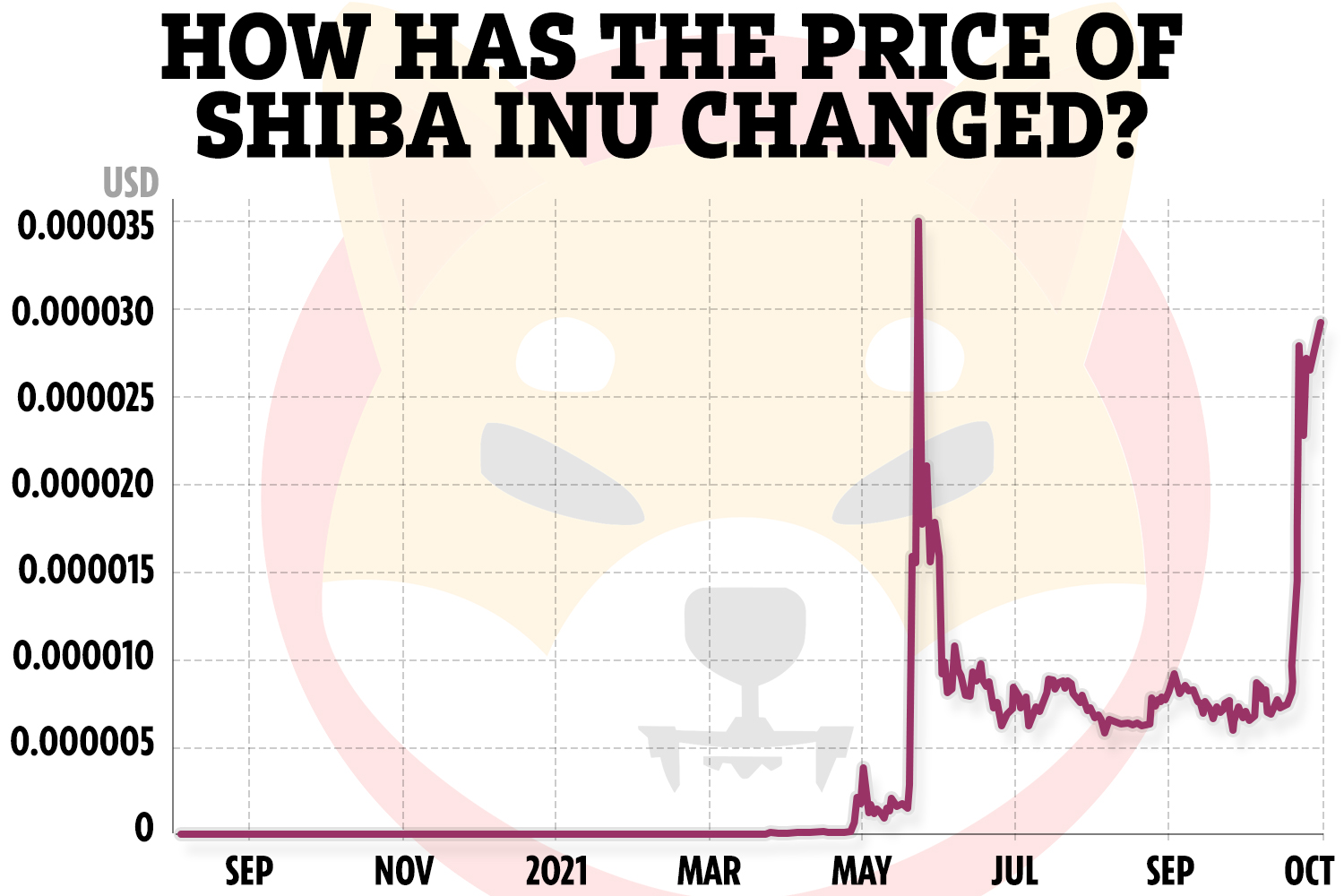 SHIB as the coin is known, shot up in value on October 4 after a tweet by billionaire entrepreneur Elon Musk.

It's worth remembering though that Shiba Inu and any cryptocurrency can go down as well as up.

That's because cryptocurrencies are volatile and there are big risks involved if you choose to invest.

You could even lose all your cash and because they are not regulated, you won't have anyone to complain to if things go wrong.

You should only ever invest money you can afford to lose and in financial products that you understand.

Why did Shiba Inu's price rise?

Elon Musk tweeted a picture of his dog Floki on October 4.

The pup is a Shiba Inu breed – the mascot of the Shiba Inu coin.

Shiba Inu is a coin that was created off the back of Dogeoin, which has the same dog as its logo.

Dogecoin was originally a joke cryptocurrency that was based on the Doge meme.

Musk is known to be a fan of Dogecoin and has been nicknamed the Dogefather.

Cryptocurrency prices can often move up or down when Mr Musk tweets about digital coins.

Myron Jobson, personal finance campaigner at interactive investor, previously told The Sun: "It's a case of déjà vu as a tweet from Elon Musk has once again helped propel the price of Shiba Inu – albeit unwittingly.

"Elon Musk has amassed a sizeable fanbase who hang on his every word when it comes to his views of cryptocurrency – and often fuels an already high level of volatility in the crypto market.

"Here , a picture of Musk’s very own Shina Inu pup was enough to generate hype around the coin."

Cryptocurrencies surged by $200billion in July after Musk revealed a theory about Dogecoin.

The price of bitcoin dogecoin and ethereum have also plunged before because of Musk's tweets.

No cryptocurrency has any inherent value and comes with big risks – even if they have high profile support.

Mr Jobson added: "FOMO (fear of missing out) helps propel the price of cryptos like Shiba Inu which has an intrinsic value of zero, and tweets from high profile individuals who have a significant influence on crypto market movements help fuels the hype train.

"But many altcoins like Shiba Inu have tended to suffer when the buzz around them on social media dies down.

“Volatility is an innate characteristic of cryptocurrencies and whatever your approach to risk, cryptos should be treated with caution.”

How much did Shiba Inu's price rise?

But the coins value has since fallen back from that high and is now trading at $0.00002836 at the time of writing, according to coinmarketcap.

Shiba Inu hit an all-time high on May 10 reaching $0.0000388 but has since dropped back from that all-time high – even with Musk's tweet.

What are the risks of investing in crypto?

Below we round up five risks of investing in cryptocurrencies.