A HIGHSTREET shopper has taken to Mumsnet to declare that she's found the "worst dress" this season.

And her fellow Mumsnet users are divided in their opinion. 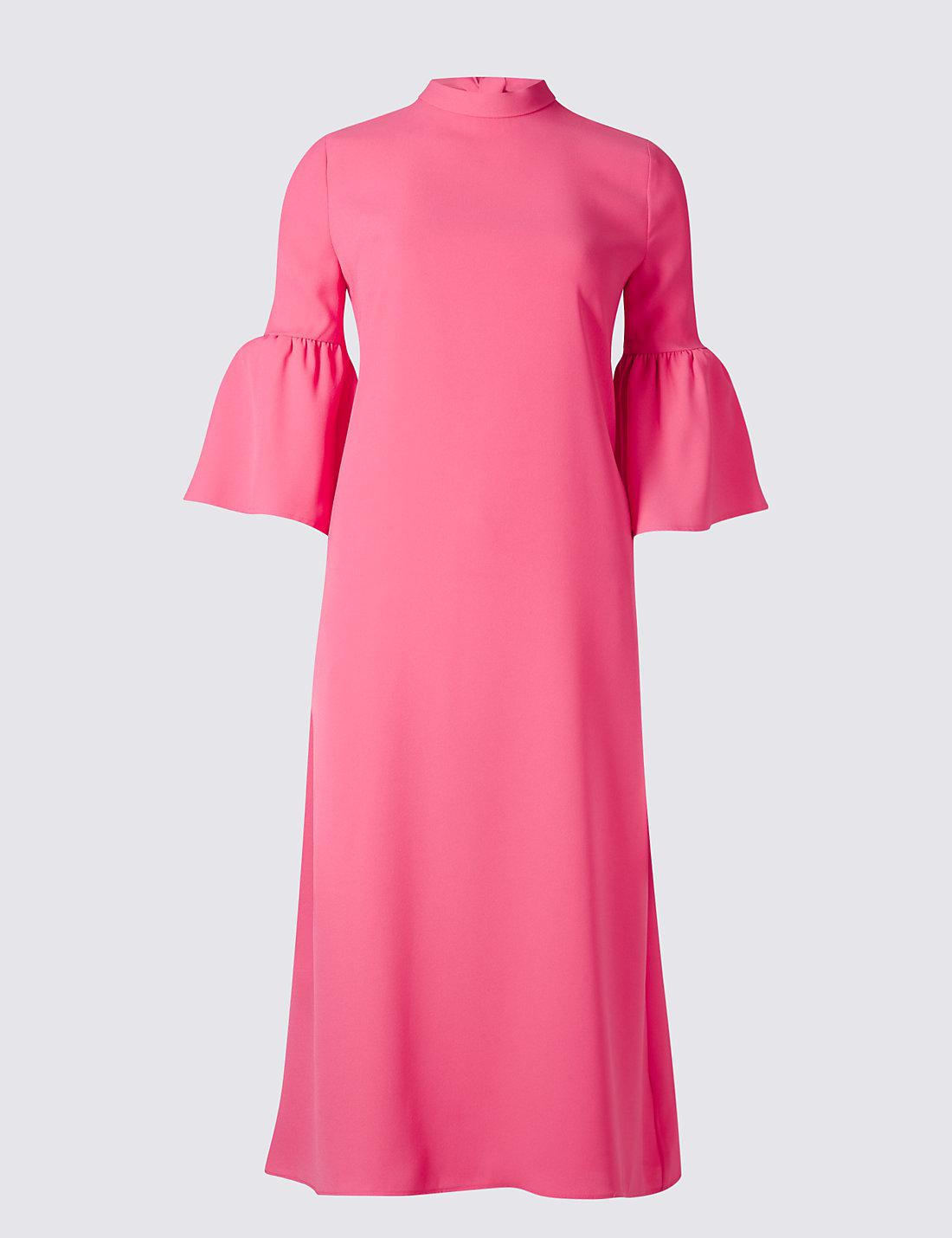 While last night's Met Gala event saw celebs turn up to the event in some shocking dresses, this dress from is a pink £45 tunic from M&S that has a tied back and flared sleeves.

After spotting the frock in her local store, a woman who goes by the name "Cantusethatname" posted a message to the forum with a link to the dress on the store's website.

With the link she said: "Can I have a prize for the worst dress seen so far this spring."

She added: "I stood in the entrance of M&S for 5 minutes this morning just trying to imagine anyone who this would suit.

"It's polyester as well so you couldn't even say it would be good in a heat wave."

In its product description, M&S describes the pink frock as, "Designed for a relaxed, loose fit."

Other Mumsnet users seemed to agree that the dress may not suit anyone other than the model in the picture.

One mother posted: "I just saw this in M&S and my mind was boggled. It's so bright and so polyester!"

Another Mumsnet user agreed: "It would be so, so unflattering on anyone above a size 10. The poor model is hardly pulling it off. Horrid."

While another user joked that her mum had made a similar style frock for her in the 1970s for a children's parties.

Another said: "It makes that young, slim and beautiful model look old and frumpy. I can't imagine what it would be like on my 41-year-old mum bod!"

One mother joked that she imagined, "the mum from The Exorcist wearing this."

But not everyone agreed, one woman who claimed to have tried the dress on, said: "That dress surprisingly looks good on."

While another said the dress is a dead ringer from a more expensive dress a friend had seen in designer store Harvey Nichols.

Another woman commented that she loved it and would pair the frock with white trainers.

The Sun has reached out to M&S for comment.

Recently, a River Island top that's nearly sold out caused waves on social media, while Nordstrom are selling jeans that are already muddied.