Drumsticks, Refreshers, and Fruity Pops: just some of the classic sweets that have defined many British people’s childhoods.

Just in time for summer, now you can buy ice pop versions of these iconic brands – and they cost just £1 for a pack of five.

Fans have gone wild for the freeze-at-home Swizzels push-up ice pops after B&M started selling them. 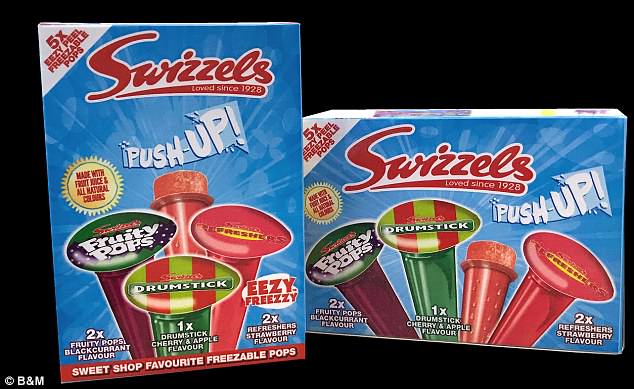 Customers will get five of the push-up pops in one pack, which costs £1 at B&M stores

Shoppers will get two blackcurrent Fruity Pops-flavoured lollies, one cherry and apple Drumstick-flavoured pop and two strawberry Refreshers-flavoured treats in the pack.

Savvy shoppers have already been going wild for them on Facebook, after one user posted them to Extreme Couponing and Bargains UK group. 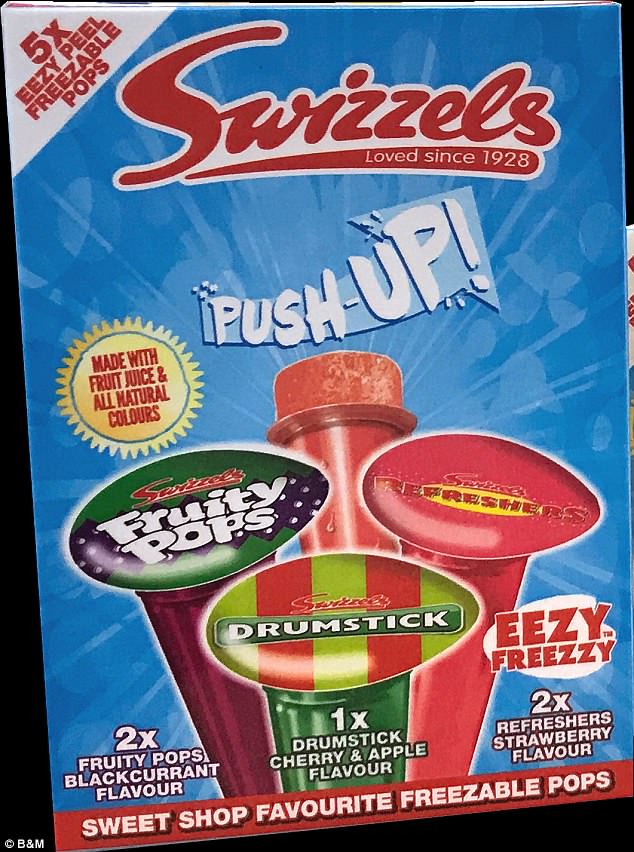 The ice pops aren’t sold as frozen but are easy to freeze as they just need popping in your freezer at home.

Sainsbury’s Calippo-style ice lollies come with a kick as both flavours have an ABV of 4.5 per cent.