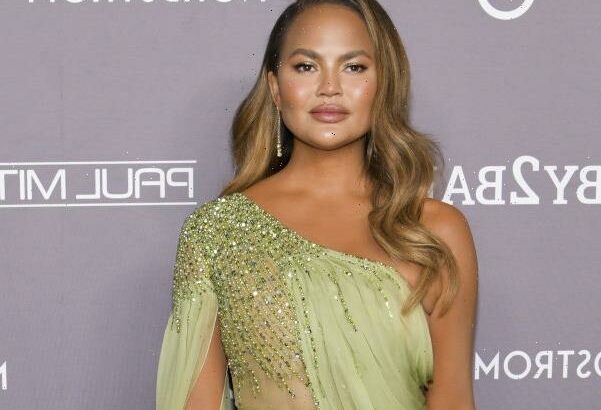 Since model Chrissy Teigen apologised on Monday for hurtful remarks she made a decade ago, the internet has – no surprise – lit up with Tiegen’s should-be punishment, and further shameful allegations.

Revelations that Teigen allegedly told reality star Courtney Stodden to kill herself when Stodden was only 16, in addition to other crude personal attacks, has seen the model-turned cookbook author lose out on multiple commercial projects and a TV show gig as a result of the backlash. It’s also become a veritable invitation for people to air further misdeeds of Teigen’s, some dating back to 2011.

It’s quite the reversal for Teigen, who became hailed as a taboo-buster of the most heroic kind last year, after she revealed her suffering from the stillbirth of her third child with husband John Legend about halfway through her pregnancy in starkly honest Instagram posts.

In her apology posted to Medium on Monday, Teigen described her behaviour as attention seeking, referring to herself as a “troll, full stop.”

“I was insecure, immature and in a world where I thought I needed to impress strangers to be accepted,” she wrote. “I thought it made me cool and relatable if I poked fun at celebrities. Now, confronted with some of the things that I said, I cringe to my core.”

It all begs the question: should we be defined by our worst actions? And, if so, for how long? 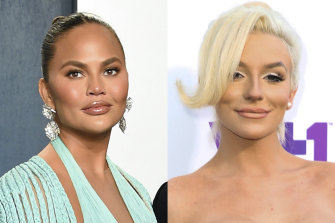 Reality show star Courtney Stodden, pictured on the right at an awards show in 2015, said Chrissy Teigen, on the left in 2020, followed up mocking tweets with direct messages wishing for their death. Credit:AP

Especially since who is forgiven and enabled to rise again after a called-for cancellation, and who isn’t, is deeply “arbitrary”, says Dr Lauren Rosewarne, a pop culture expert at The University of Melbourne.

“Mike Tyson was able to rehabilitate himself, he found film roles after being found guilty [of rape], so there’s a thorough randomness to this,” says Rosewarne of the former boxing heavyweight champion who served prison time for his crime and also faced allegations of domestic abuse. “Would that Tyson situation happen in 2021, as opposed to when the Hangover film happened [in 2009]?” More recent “cancellation” victims who’ve risen again include long-time New Yorker writer Jeffrey Toobin (fired after masturbating on a Zoom call last year, and since hired by CNN), and American president Joe Biden (allegations of sexual misconduct have disappeared from public view since he was voted in.)

“Power helps,” says Rosewarne, adding that Toobin’s rehabilitation was likely aided by celebrity friends like Mia Farrow who posted her support of him on Instagram, saying his cancellation was wrong.

So, what is the most just reaction to anyone, regardless of social standing, whose previous misdeeds have been unearthed? 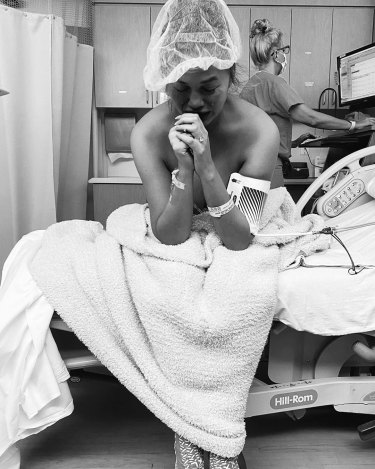 Chrissy Teigen, pictured, may have been heralded as a heroic truth-teller last year, when she revealed her third child was stillborn, but that hasn’t stopped her from being vilified over recently unearthed comments.Credit:Instagram/chrissyteigen

“Many philosophers would agree with what I take to be the common sense view; if you have truly morally improved, then you might no longer be morally to blame for past wrongs,” says Ben Bramble, a philosophy lecturer at The Australian National University, adding that whether people are capable of change, while remaining fundamentally the same person, is a “core” philosophical question.

We can’t know the sincerity of a stranger’s thoughts and therefore if someone has “morally improved”, but a key to knowing as best you can, says Bramble, is whether they have demonstrated that they have understood the harm they’ve caused and taken action to demonstrate recognition of the wrongs they’ve committed.

“Actions speak louder than words,” says Bramble, noting that in this day and age when celebrities frequently hire public relations specialists who craft ready-made apologies for social media, a spoken apology is the current gold standard. “It’s much harder to feign sincerity in this context.”

Rosewarne agrees, saying this is why comedian Trevor Noah emerged relatively unscathed after jokes he had previously made about Aboriginal women being “ugly” resurfaced in 2018 while he was on tour in Australia.

“He met with Aboriginal women while he was here and apologised to the actual people who were most impacted by his statement, as opposed to just doing a press release, ‘I’m sorry if you were offended’ kind of thing,” she says.

As for Teigen, Bramble adds: “I think it’s particularly useful to see what the person has done, what actions they’ve performed in the meantime that were not the response to their having been found to have said these things; has Chrissy Teigen done things in recent years that might suggest that she has morally improved?”

Arguably, she has. Just last year, Teigen supported popular New York Times food writer Alison Roman, saying she disapproved of Roman being put on “temporary leave” by the newspaper, after the writer faced cancellation for criticising Teigen’s line of homewares and cookbooks, saying she had built a “content farm”. (Teigen tweeted that she “very publicly forgave her [Roman]” and that she remembered when she was once “the relatable ‘snarky girl who didn’t care’… The more we grow, the more we get those wake up calls.”)

It’s also important to note, Bramble adds, that because society tends to “morally improve over time” – he mentions Martin Luther King Jr’s famous quote that, “The arc of the moral universe is long, but bends towards justice” – it is a complicated affair when we judge someone based on something they said a long time ago.

“If people were a little bit off in certain moral views, back then, then it might be unfair to blame someone who at the time was merely joining in with expressing a common view in their culture. But there seems exceptions to that, too.”

The philosophy world itself has been grappling over the last year with whether to define someone by long-ago misdeeds, with calls by philosophy students to cancel 18th century philosopher David Hume – known “in academic circles as the greatest philosopher of all time, more than Immanuel Kant or Socrates” says Bramble – as a result of racist views of his that were unearthed. (In a footnote in Hume’s 1753 essay Of National Character, the philosopher wrote that he was “apt to suspect the negroes to be naturally inferior to the whites”.)

“The overwhelming sentiment [in the academic community] is that we shouldn’t be cancelling David Hume on this basis,” says Bramble of the Scottish Enlightenment philosopher who emphasised that compassion was the basis of morality. “He was overwhelmingly, in many ways, progressive in his views, ahead of his time in many many areas, so it’s hard to reconcile. [But] there’s a willingness to give him the benefit of the doubt, and to also condemn [his racist statements].”

In other words, how we should treat and judge people who’ve made serious wrongs is complicated.

This is consistent with the fact that the human brain is capable of great change, over time – and therefore by extension, possibly greater insights and more nuanced thinking – says Dr Mac Shine, a neuroscientist at The University of Sydney.

“In general, people are extremely, extremely plastic,” he says. “One of the defining features of our species, homo sapiens, is that we can learn almost anything that we put our mind to. We’re not the fastest runners, the biggest jumpers, we can’t fly. One thing we can do extremely well is we can learn new things. Our brains are set up to learn.”

So, permanently defining Teigen as a troll, when she was around 25 when she made her cruel comments, or Alexi McCammond, who was fired as Teen Vogue editor only two weeks after her hiring was announced, because of racist and homophobic tweets she wrote as a teenager, a decade beforehand, is problematic.

“It takes until your 20s to be able to develop the frontal lobe connection to have impulse control, to not go chasing the wrong things down the wrong rabbit holes, to develop that self-control and wisdom,” says Shine.

Possibly the best example of our capacity for moral growth is Mike Tyson. In a podcast interview late last year with rapper Boosie Badazz, who made transphobic comments about basketball player Dwyane Wade’s daughter, Tyson said: “Who the f— are we to make a comment about someone else’s life?”

While it’s up for debate, says Bramble, whether Teigen herself has “morally changed”, we are personally and collectively damaged if we believe that people are incapable of change.

“If people believe that their character is unchangeable, then they’re much less likely to change, so we don’t want people believing that,” he says. “That is a toxic view that can have consequences if it’s espoused.”