Real talk: Valentine’s Day is a very different experience when you’re in a relationship that has yet to be defined. Do you celebrate with an “almost-bae?" And, if so, what are you supposed to buy for them? How can you write a card that expresses your feelings if you feel unsure about where you stand? Some might say it’s best to play it cool, but in fact, there are many reasons to define the relationship on Valentine’s Day. So, if you’ve been feeling a tad trouble about your current status, you may not want to shy away from having “the talk” around Feb. 14.

I know what you’re thinking. It seems risky, right? According to relationship and etiquette expert April Masini, if confusion around your relationship status has been giving you anxiety, Valentine’s Day may present a fitting opportunity to gain some clarity. After all, it’s a holiday that revolves around love, so if you don’t feel confident that you’re both committed to each other, that could be an awkward elephant in the room when you’re surrounded by couples expressing their total devotion.

According to Masini, Valentine’s Day can be an ideal time to define things if you and your boo have been super busy or distracted, as the “altered reality” of Valentine’s Day (with a hyper-emphasis on romance) can help shift your focus onto the relationship. 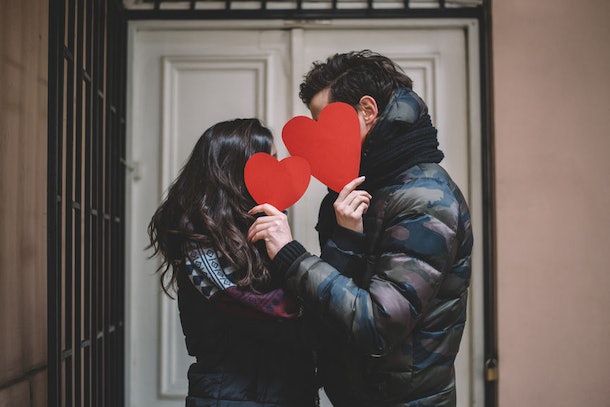 “Valentine’s Day is a little bit of an altered reality, and this can work for you if you’re in a relationship where both of you want more but have been pulled in different directions because of outside forces,” Masini explains. “Valentine’s Day creates a ‘love fog,’ and if you’ve got the goods in the relationship to go the distance and you both want the same thing but there just hasn’t been enough peace to clarify this, having a talk about the relationship on V-Day can make it Victory Day!”

Naturally, you may feel nervous about trying to DTR around Valentine’s Day. But Masini says that this anxiety can actually be a gift because it can reveal a lot of helpful information.

“Anxiety doesn’t come out of nowhere,” she says. “It’s born from fear, in most cases. So, if you can identify what it is you’re actually afraid of, you can address that concern and make some headway into easing the pressure.” 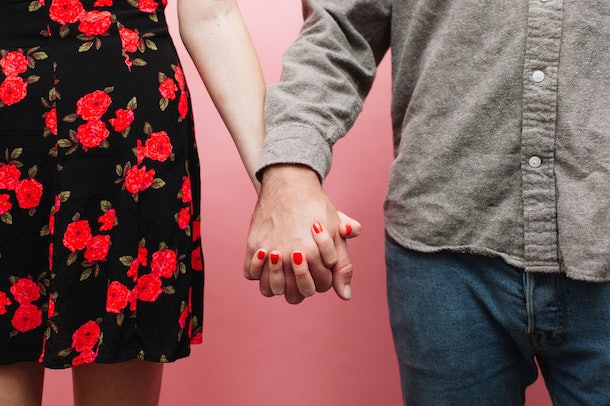 For example, she notes that if you’re afraid that having the talk is going to cause conflict, it’s important to consider whether your date’s behavior has ever given you a reason to worry about this.

“Address this fear and decide if you’re up for the conflict, as well as how you will handle it if it arises,” says Masini. “Being prepared can stave off anxiety that comes from pressure.”

Or, if you’re afraid that having the talk will lead to a more serious commitment than you’re ready for, Masini recommends regrouping and reexamining your own values before bringing it up to the person you’re dating.

Most importantly, Masini advises being prepared for any possible outcome of this conversation. 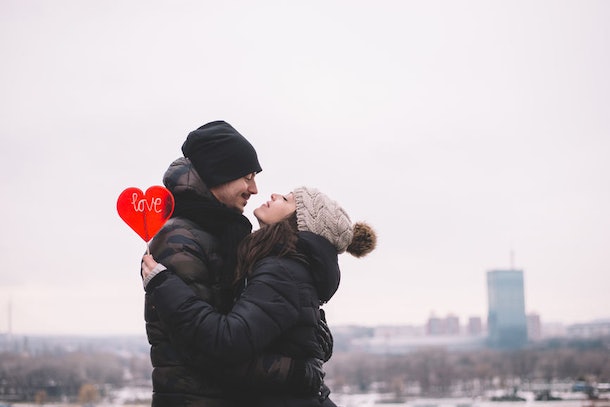 Additionally, she notes that if you have some pent-up resentment about the fact that your relationship hasn’t been defined yet, it’s crucial to avoid letting that creep into your conversation — as this can make it feel more like an attack than an open, honest discussion between the two of you.

Valentine’s Day can be a confusing time if your relationship has yet to be defined. You may be questioning everything from what to buy your boo to whether you should plan anything at all. You deserve to have the peace of mind that comes from knowing where you stand with someone you’ve been seeing, and there’s no reason why you have to wait for V-Day to pass before bringing it up. In fact, with so much romance in the air, this holiday just might put things in perspective for you both.

Remember that there’s absolutely nothing wrong for being in an undefined relationship. For some, undefined territory is where they feel happiest and most content. If you are yearning to DTR, as long as you feel you can handle any potential outcome from the talk, it’s worth having. And regardless of whether your would-be bae wants to define your relationship in the same way that you do, at least you’ll know that you looked after your own needs. After all, Valentine’s Day is about self-love, too — and initiating a conversation that will put your mind at ease is just about the best act of self-love that I can think of.