The Sidney Myer Music Bowl is set to undergo a major transformation with a masterplan in the works to enable the venue to build a new stage, host more festivals and attract smaller acts.

The State Government has awarded $500,000 funding to Arts Centre Melbourne to commission architectural plans for an upgrade of the venue so it can accommodate more music festivals, family shows and performances of all sizes.

Arts Centre chief executive Claire Spencer said the refurbishment would ensure the Bowl’s future by not limiting its use to the biggest acts who supply their own lighting and sound equipment. Smaller acts can not afford to play at 61-year-old venue as it stands. 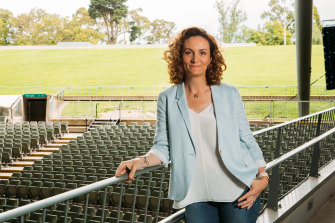 "At the moment, it’s a one-stage venue but we aspire to a venue that is more flexible and can be used in multiple ways with multiple activation zones," Ms Spencer said.

"We’d like it to be more festival based. We’re always going to keep the main stage but we’re finding now that people want a more layered experience and want to wander from stage to stage."

The plans include scope to add a smaller stage within The Bowl’s grounds. Spencer also plans to refresh back-of-house facilities for sound, lighting, audio visual and broadcasting; add food and beverage facilities; improve the public toilets and boost access to the venue to make security procedures more efficient. 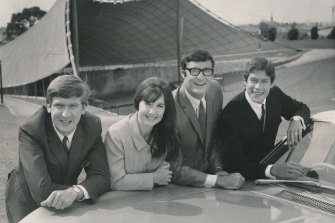 The Seekers in 1967 at the Sidney Myer Music Bowl.

"At the time of the legendary Seekers concert, food and beverages were not an issue because people probably brought their own but modern audiences expect those facilities every time now which is difficult at The Bowl as it is at the moment," Ms Spencer said.

Music promoter Michael Gudinski said the update was necessary to ensure the The Bowl remained attractive as a venue into the future.

"The Bowl is a very special place and we’ve done lots of shows there over the years in such an amazing area of Melbourne," Mr Gudinski said. "It’s in an incredible park so it would be great to update it especially now that, with COVID, outdoor venues will be safer. The Bowl is such a part of the history of Melbourne and it’s a unique place for family shows and all different types of shows."

Ms Spencer said the pandemic had turned attention to the city’s outdoor venues and highlighted The Bowl’s limitations. 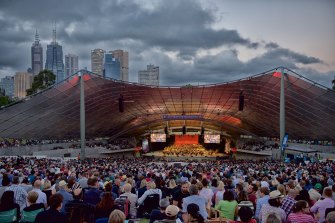 The pandemic has highlighted areas of improvement for the Sidney Myer Music Bowl.Credit:Matt Irwin

"With clever architects we’re going to be able to demonstrate that we have an absolute jewel here in The Bowl and there’s a huge opportunity to develop it," Ms Spencer said. "COVID has accelerated that and brought it into focus."

The Bowl was last refurbished in 2000. Ms Spencer said audiences and artists had changed significantly since then, preventing many performers from being able to play at The Bowl. The last refurbishment was mainly to the heritage-listed shell but there are much bigger plans for its future use.

"The spirit of The Bowl as an outdoor venue will remain but we’re hoping it can again live up to its iconic status in Victoria, and around the country," Ms Spencer said.