Boris Johnson has a new ploy when asked about the prospect of a No Deal Brexit outcome: He talks about Australia instead.

He did it again yesterday, comparing leaving the EU without a trade agreement as ‘the Australian-style option’.

On Thursday, the Prime Minister said cutting ties with Brussels ‘on Australian terms’ would allow the UK to ‘prosper mightily’ and take advantage of ‘amazing possibilities’.

His justification for calling it the ‘Aussie option’ is because if we leave the EU, as seems increasingly likely, with no trade deal, we will have to trade with it on World Trade Organisation (WTO) terms. That is how Australia trades with the EU. 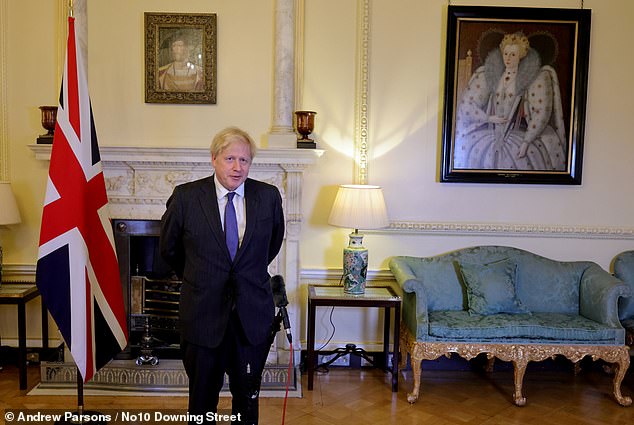 Boris Johnson (pictured ) has a new ploy when asked about the prospect of a No Deal Brexit outcome: He talks about Australia instead

If the British-EU trade talks cannot be rescued, WTO rules will apply to us: British firms will face tariffs on many goods traded with the EU – just like Australia does.

The thinking of skilled communicator Mr Johnson would appear to be that ‘No Deal’ has a threatening ring and ‘WTO rules’ are dizzyingly complex.

They sound more like some kind of American wrestling circus than a manual on how much we will have pay for Spanish tomatoes.

But former Australian prime minister Malcolm Turnbull has poured a bucket of cold water over Mr Johnson’s attempt to give No Deal a sunny Australian makeover.

He warned the Prime Minister on BBC TV’s Question Time on Thursday to ‘be careful what you wish for’ in using Australia to paint No Deal as attractive. 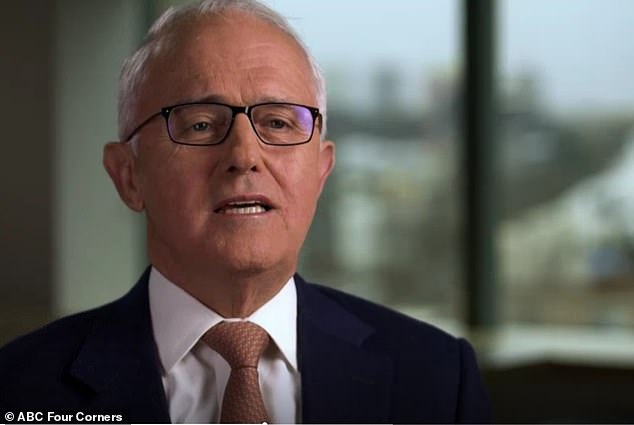 ‘Australians would not regard our trade relationship with Europe as being a satisfactory one. It is not one from a trade point of view that I think Britain would want, frankly. So be careful what you wish for.’

That was why Australia was currently negotiating its own trade deal with Brussels, he added.

Mr Johnson’s critics say comparing a Brexit No Deal to Australia’s trading terms with the EU is misleading. 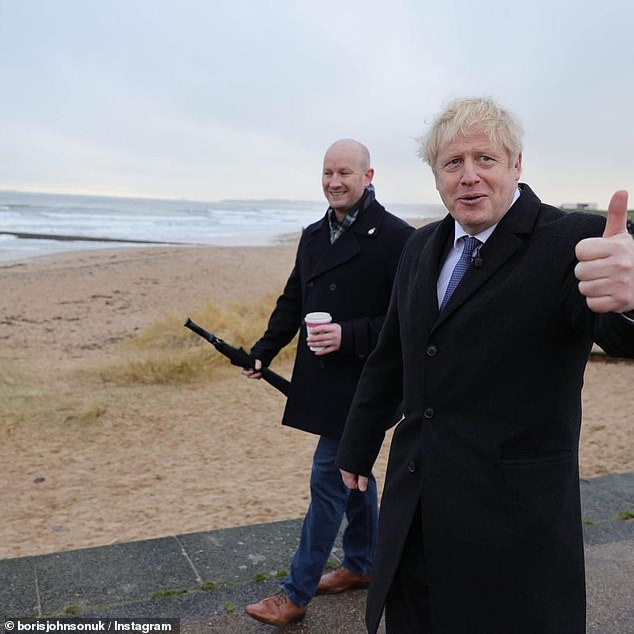 They point out that the UK trades more than half its goods with the EU, compared with just 11 per cent for Australia; and the UK is 20 miles from continental Europe: Australia is on the other side of the world.

It is not the first time Mr Johnson has presented Australia as a template for his Brexit policies. He won the EU referendum in 2016 by promising to slash immigration with a new ‘Australian-style points-based system’.

Cynics said his argument had little to do with the merits of a points-based system for immigration.

The UK has had one for non-EU immigrants since 2007, they pointed out; and in Australia, the points-based system was not devised to keep numbers down.

The Prime Minister’s detractors said it was because focus group research in recent years has showed that Britons have an overwhelmingly positive view of Australia, the land of golden beaches, cricket and kangaroos – and being tough on immigration. 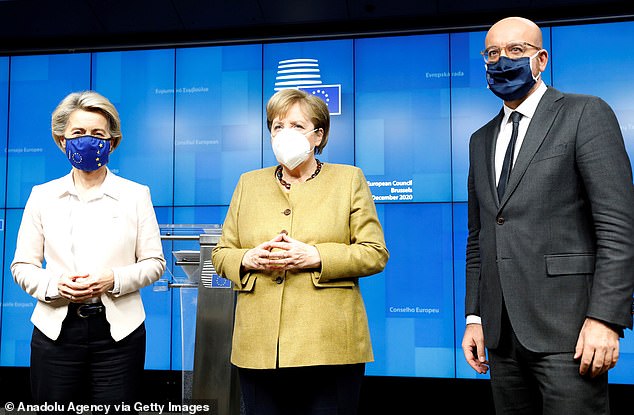 Ursula von der Leyen, pictured alongside Angela Merkel and Charles Michel, told European leaders at a meeting of the European Council that there is now a ‘higher probability for no deal than deal’

They are said to think of TV film of asylum seekers in Australia being put in camps on remote Pacific islands – even though that has nothing to do with its points-based immigration system.

They view Australia as a predominantly white country, whereas in fact the number of Australians born abroad, including many from ethnic minorities, has risen sharply in recent years.

Not all Australians are as gloomy as Mr Turnbull about Britain’s post Brexit fate under WTO rules.

Tony Abbott, Australian prime minister from 2013 to 2015 and now a UK trade envoy, maintains we have nothing to worry about.

‘Let me reassure anyone in Britain anxious about the prospect of No Deal, that Australia does $100billion worth of trade with the EU every year, on this very basis,’ he has said.

We may find out the truth about an ‘Aussie rules’ Brexit in 20 days.