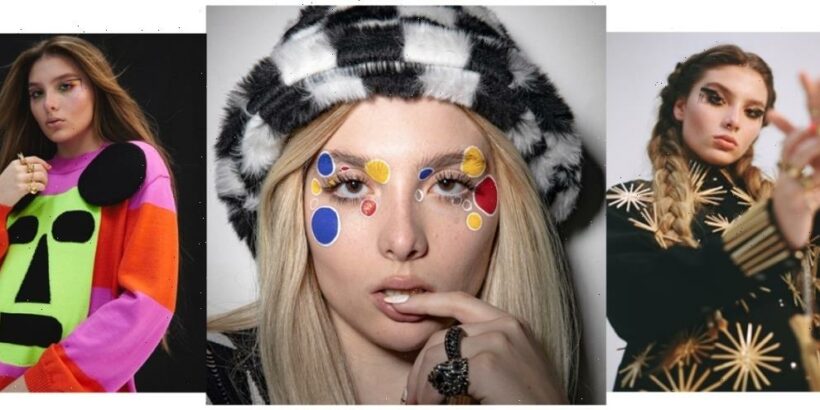 Grace Gaustad is a star on the rise and other musical geniuses are noticing their talent – such as Lady Gaga, Mick Jagger and more. Gaustad’s single “GAGA” even got a shout-out on Twitter from the A Star is Born actress.

The singer’s hard work and determination has paid off, as they have received over 21.7 million views on YouTube, 160 million streams across DSPs and their Spotify has increased by 70 percent in seven months. This is just the beginning for the rising star and they’re only going up from here.

Gaustad is following up their debut album with even more dynamic work. The undeniably bold storyteller is rewriting what it means to be an emerging indie artist while maintaining strong advocacy for anyone who has ever felt different. They share their trauma through their art, creating a safe space for listeners and letting others know it’s going to be OK. Gaustad was recently invited to join the Recording Academy in their member class of 2022 is breaking the mold when it comes to releasing music.

Gaustad will be releasing their next single “Old Ways” on Friday, August 26. One of their more personal records on the album, the single represents the human desire to revisit the past with the knowledge of what we have in the present.

Gaustad debuted their first album BLKBK: wht r u hiding?, along with the BLKBX short film and award-winning mental health outreach venture BLKBVProject.org. This song addressed many heavy topics such as mental health, bullying, sexual/gender identity and depression, which ultimately attributed to their success as an artist.

Gaustad released a corresponding music video with each single; the musician has created nearly 30 cinematic visuals that parallel their albums, that can be viewed solo or as a collective narrative story. Gaustad has fully embraced the multi-media concept to share their vision.