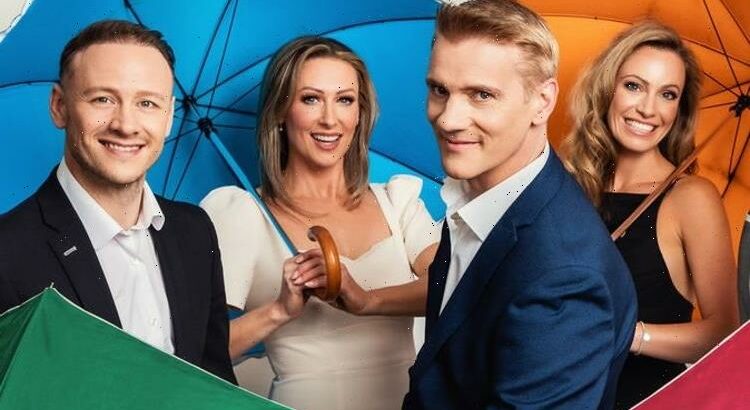 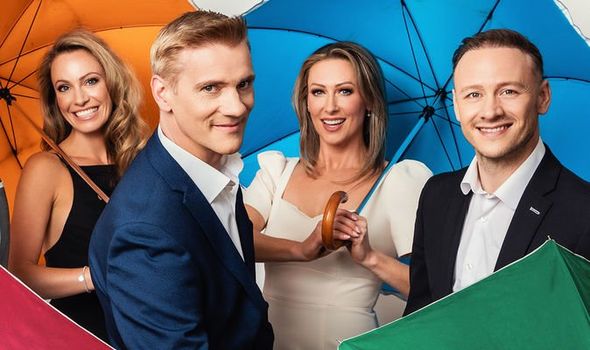 As Brits battle one of the soggiest summers in recent memory, there couldn’t be a more apt show to see right now. This splendid adaptation of the beloved Gene Kelly and Debbie Reynolds musical is joyously uplifting and inventive. And if you didn’t get wet on the way there, it also comes with 6,000 gallons of water for a spectacular reinvention of that iconic title number plus a riotously splashy encore. Pack a mackintosh if you’re sitting in the front few rows.

The show faithfully follows the 1952 MGM movie musical about the advent of the ‘Talkies’ note for note and scene for scene, with the addition of some new songs. It also wonderfully recreates those hilarious silent movie moments and then the disastrous first attempt to incorporate sound.

Former Royal Ballet and Adventures in Motion Pictures star Adam Cooper has played Hollywood leading man Don Lockwood since this Chichester Festival Theatre revival debuted in 2011. Recently turned 50, he is perhaps a little more measured in his movements, but his mature singing voice has rich range and he radiates charisma throughout.

He is beautifully matched by Charlotte Gooch as plucky starlet Cathy Seldon. She’s an exquisite dancer and the pair share palpable chemistry that adds a powerful extra dimension to their battling banter and eventual romance.

Former Strictly star Kevin Clifton impresses as Don’s best friend Cosmo, blending great comic timing and unsurprisingly fancy footwork. He’s great fun throughout, although the shadow of the legendary Donald O’Connor looms very large and the stage adaptation doesn’t quite achieve the extraordinary exhilaration of the big-screen showstopper Make ‘Em Laugh. While this is perhaps a small failing of the direction, elsewhere it is futile to draw comparisons to the incomparable original film. Just sit back and enjoy.

The real revelation for me was Steps star Faye Tozer as screeching silent movie harridan Lina Lamont. I’d wondered why you would squander the talents of an accomplished singer and dancer on a role that demands painful incompetence at both, but Tozer triumphantly and torturously mangles and flattens every vowel. It turned out it takes real talent to be that bad. She wrings every laugh from the character but also brings a surprisingly tender touch to Lina’s rare moment of introspection on What’s Wrong Me?

An excellent supporting cast includes Sanda Dickinson as Lina’s long-suffering dialect coach and a gorgeously mellifluous Sam Lips on Beautiful Girls. The dancers bring some beautiful balletic lines (particularly the boys) to the group numbers that are worthy of the Golden Age of Hollywood.

Slickly staged and delightfully performed, Singin’ in the Rain had me singin’ and grinnin’ and dancin’ along in my seat all night.