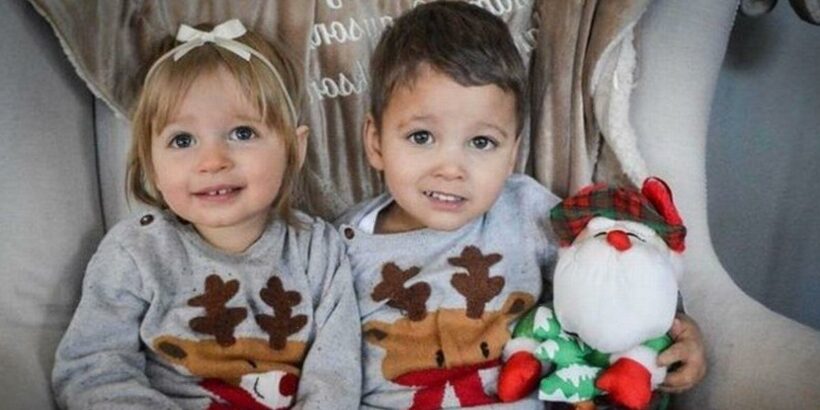 A single mum has been left gobsmacked after discovering her adopted children are really brother and sister.

Katie Page knew she wanted to do something different with her life when her marriage ended in her early 30s, but she wasn't quite sure what that 'something' was, according to The Mirror.

She decided to change her job, bought a new house and started renovating the property into her dream home.

However, despite all this, she still wanted more.

After a couple of weeks in her new place, in the middle of ripping up the floors and tearing out cabinets, she received an email from her local church about fostering children and her attention was captured straight away.

Katie, who lives in Colorado, went along to the meeting and said what she was told that day about foster care gave her "chills".

Writing in a post for LoveWhatMatters she explained: "What I heard that evening about foster care gave me chills and scared me, but it also pulled at my heart in a way I couldn't stop thinking about it."

After spending time thinking about it, she finally decided to pursue it and in 2015 she completed her application and took the first step on her new adventure.

Katie began looking after children who had experienced trauma at a young age and came to realise she was keen to adopt a child and make things more permanent.

Soon after she made the decision, she was asked to take in a four-day-old baby boy who had been abandoned at a hospital.

The child, who hadn't been named yet, had drug exposure, but wasn't showing signs of withdrawal.

Katie took him home and decided to call him Grayson. For the next 11 months, she looked after the youngster as care workers searched for his biological parents.

She explained: "No one answered the ad posted in the newspaper or came back to the hospital in search of the boy."

So on the day he turned 11 months, the adoption became official and Grayson became her son.

However, not even two weeks after, Katie received a call from her caseworker asking if she could help out with another four-day-old baby, this time a girl.

Like Grayson, this baby had drug exposure and she had been abandoned at the same hospital. Something about these things made the single mum say yes to fostering her, she said.

"Something was different about this one. I know over the next 10 minutes and subsequent phone calls I made that afternoon, the phrase 'I know I am crazy but God is telling me to say YES' kept coming out of my mouth," she admitted.

The baby was dropped off at her house, but she soon noticed something odd.

She continued: "As I reviewed the bracelets on the baby girl, I saw the first name of her mother matched the name Grayson's mother had given at the hospital.

"I continued to review the discharge papers from the hospital and when I came across the date of birth for the mother, I had to take a second look. It looked familiar."

Katie asked her roommate to look after the kids for a moment, before going off to find Grayson's paperwork. She compared the two and began wondering if the two children could have the same birth mother.

After tracking down and meeting with the baby girl's mum, she soon realised that she wasn't crazy at all.

The next week, Katie had the caseworker meet with the mother as well and shortly after the encounter her suspicions were confirmed.

"Katie, I think you're right," she told her. "Her story breaks my heart and I can't believe it but I am 90% sure you're right and this is a miracle."

She then rang again later, saying: "Now I am 100% sure. We just found the last name she gave with Grayson's birth for a relative of Baby Girl."

Katie, who was at work at the time, said she crying in the middle of the office as she couldn't believe the two children really were siblings.

She adopted the baby girl, who she had named Hannah, and describes the two children as being "partners in crime".

Things didn't end there either as 13 months after Hannah was born, the birth mother welcomed another little boy into the world.

Katie has been fostering the third child since his birth and is hoping to adopt him at some point to complete her adorable family.